Diageo-owned Guinness has launched a Cold Brew Coffee Beer in the United Kingdom, hot on the heels of a successful release in the US last year. 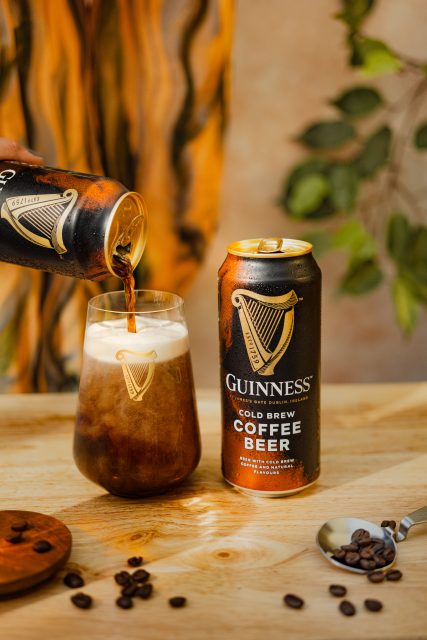 Guinness has been strong on the innovation front of late, with a special breakfast tea beer launched to celebrate St. Patrick’s Day earlier this year and the much-heralded Guinness Microdraught that aimed to deliver stout fans the perfect pour from home.

Now, Guinness Cold Brew Coffee Beer is being launched in the UK after a successful debut in the United States last year.

Marrying the characteristic creamy, smoothness of Guinness with added cold brew to accentuate the iconic coffee-notes of Guinness draught.

Grainne Wafer, Global Brand Director for Guinness, said of the launch: “The coffee notes already in Guinness make the creation of Guinness Cold Brew Coffee Beer a natural – and delicious – next step in our proud history of innovation. Coffee is not only a natural flavour companion to Guinness, but a huge part of culture around the world, not least in the US where this beer first launched. With this latest innovation in Guinness brewing, we’ve introduced Guinness to new consumers as well as existing fans in the US, and this is our ambition as we launch Guinness Cold Brew Coffee Beer in more countries over the next 12 months.”

Guinness Cold Brew Coffee is the latest permanent addition to the brand’s lineup of drinks, brewed at St James’ Gate in London.