British-Malaysian comedian Phil Wang, best known for his appearance on comedy game show Taskmaster, has teamed up with Anspach & Hobday and The Wine Society on a new beer in aid of the Orangutan Foundation. 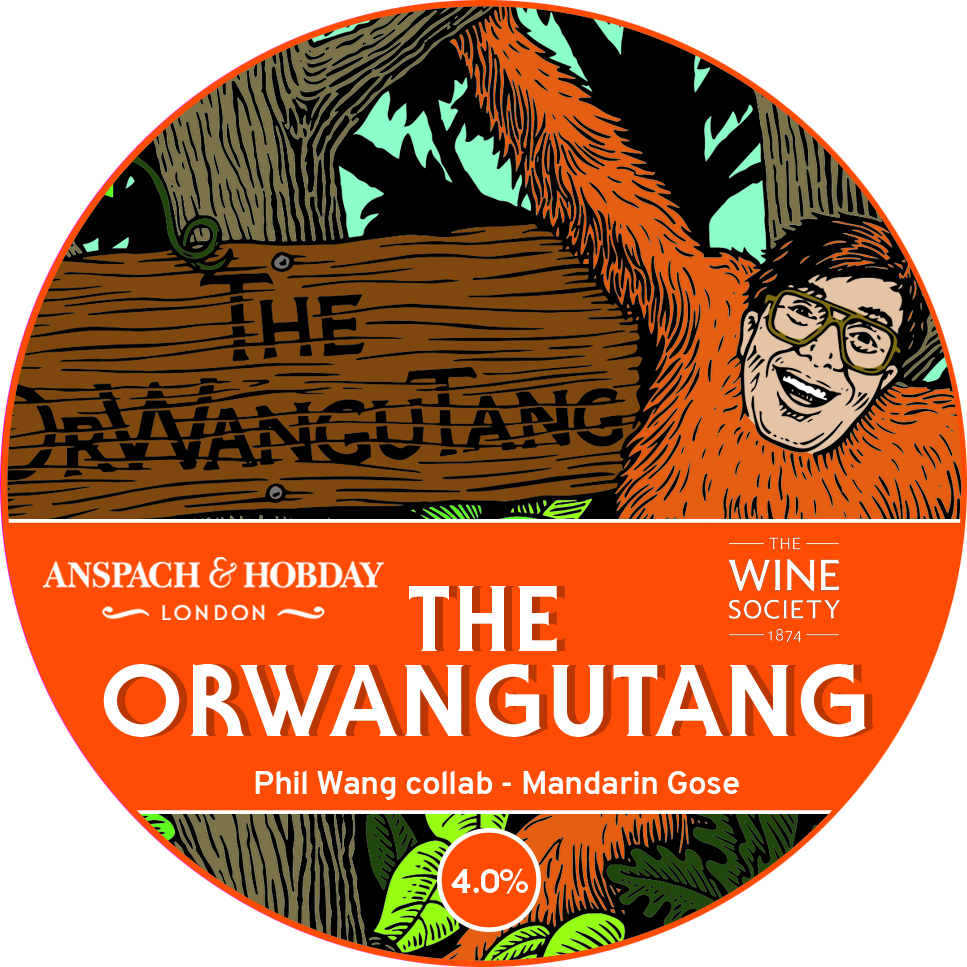 Independent London craft brewery Anspach & Hobday has announced the launch of their brand-new beer in collaboration with Phil Wang and The Wine Society in support of the Orangutan Foundation.

The OrWanguTang (4%) is a Gose made with Azacca hops, infused with flavours of mandarin and orange.

The beer will be sold exclusively through The Wine Society and the Anspach & Hobday webshop, with 50p per can going directly to the Orangutan Foundation.

Ashley Leiman OBE, founder, director and trustee of the Orangutan Foundation, said: “As a critically endangered species, orangutans rely on tropical rainforests for their survival. At Orangutan Foundation, it’s reassuring for us to know that there are people out there, who live far from the tropics, who are as passionate as we are about keeping forests standing for orangutans.”

Wang will be joined by Paul Anspach discussing the beer and brewing process and hosted by Freddy Bulmer, buyer for The Wine Society.

Phil Wang said of the collaboration: “As a son of Sabah, the natural beauty of Borneo and our furry orange friends who call it home have always held a special place in my heart. The Orangutan Foundation has been working for 30 years to protect them and their habitat. I’m thrilled to have my face on a can of lovely beer in support of them.”