Would you buy or sell a beer made by a bully?

The craft beer industry has voiced its feelings on discrimination and urges people buying and selling beer to make a ‘conscious decision’. 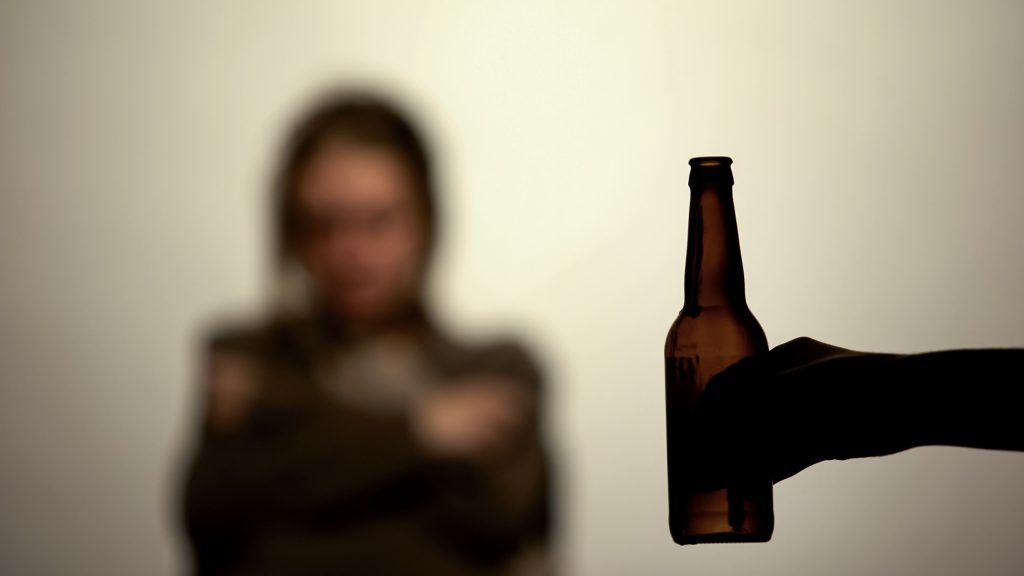 The move came following the BBC’s Disclosure programme which unveiled former members of staff at Brewdog saying its founder James Watt’s behaviour made them feel “uncomfortable” and “powerless”.

Speaking on behalf of Ladies that Beer, group founder and contributor Julie O’Grady told the drinks business: “The recent episode on the BBC brought again to light issues that we know are happening within the industry, and now others outside that arena are getting to hear about the behaviour of breweries’ of the beers they drink. This, hopefully, will enable them to make a conscious decision whether to drink that beer.”

In a bid to mitigate situations of intimidation or inequality in brewery-owned businesses, SIBA (Society of Independent Brewers Association) has revealed it will be ratifying an addition to its SIBA members’ charter which will outline a zero tolerance policy on discriminatory behaviour of any kind.

The wording, which was approved by the SIBA Board in October 2021, is to be made official at SIBA’s upcoming AGM and includes the following addition to the associations’ charter rules: “Workplace culture and unacceptable conduct: SIBA affirms that it will not tolerate discrimination of any kind, including, but not limited to age, disability, gender, race, or sexual orientation at SIBA events. SIBA also affirms that aggression, harassment, abuse and anti-social behaviour have no place in our industry and will not be tolerated at SIBA events. All members accept their responsibility to ensure that they and their staff comply with these principles.”

James Calder, SIBA chief executive confirmed: “SIBA, as the voice of British independent brewing, wants to lead the call for change where it is needed, to ensure the craft beer industry in the UK is one that is open, inviting and enjoyable for all those that work in it. As a membership organisation and trade body we are making clear the standard which we believe brewing businesses should hold themselves to, with changes to our Members Charter which will be ratified at the AGM in March.”

This week, following the claims about Watt, Cloudwater Brew Co released a statement revealing its intentions to wind down its Tesco supply contract with Brewdog early and explained: “At the very start of last year, we entered into a contract with BrewDog to supply Tesco stores. When the contract was produced, the opportunities, outlook and the context for this agreement looked very different. Following a review of the situation, including consideration of alternative opportunities through grocery to support the breweries involved in the Beer With Big Ideas initiative, we have begun the process of winding down the contract with BrewDog early, and have notified Tesco of our decision. It will take time for both completion of remaining contractual negotiations and for long supply pipelines to clear.”

However, Cloudwater was not the only one whose regard for the brewer had been damaged. Indeed, despite some within the craft beer industry baulking at claims stating it was no surprise, a nation of beer lovers and pro-equality groups who had previously enjoyed cans of Punk IPA, were left reeling on social media.

One crucial element united them – regret and sadness for what was an otherwise sociable and fun-loving industry, as well as a feeling that the people making their beer needed to be ‘better’ and much more aware of the knock on effects of inequality, marginalisation and intimidation.

O’Grady said: “For us, beer isn’t just about enjoying a great liquid to share, it’s also the ethics that surround it. It doesn’t matter how big, cool the brewery, or tasty the beer is. Lining the pockets of breweries that have a poor reputation looking after their staff in general and treating women poorly is becoming unacceptable to many”.

She added: “Why can’t women also have a job in the industry and a family? Men do. Being asked as one former employee was on their future family plans is outrageous. As are the sexual innuendos that are often bandied around at women’s expense, all in the name of having a laugh. We want better from breweries, and now it’s been proven that many drinkers, us included, won’t settle for less. Voting with your feet and wallet has never become more powerful”.

SIBA also revealed to db its plans for its BeerX UK 2022 conference on 16 March that will include hosting a panel discussion entitled ‘How do we create positive work environments in the craft brewing industry?’ The panel will be chaired by Sarah Sinclair (Moonwake Beer) and features panelists Helen Smith (Burum Collective), Siobhan Hewison (BritishBeerGirl.com), Charlotte Cook (Punks with Purpose) and Rob MacKay (Punks with Purpose) who will discuss how breweries of all shapes and sizes can take practical steps to create positive work environments, be more inclusive, and support staff in all areas of the business.

Calder told db that the plan for the panel discussions included “engaging with those in the industry who have spoken out against toxic workplace environments” showing that SIBA’s flagship BeerX event was set to be a place where “other voices can be heard”.

According to Calder, “the aim is clear, a forward-looking conversation about how we create positive work environments in the craft brewing industry” and reiterated that “whilst most brewing businesses get it right it’s an important conversation that needs to be heard on our most prominent stage, alongside colleagues and peers from across the industry”.

Over the past year, groups of women working in different parts of the drinks industry have also been sharing their stories and experiences in an effort to change the way they are treated and perceived. Those working in craft brewing, who have been sharing their stories on social media, made a number of allegations against sexism and working conditions in the craft brewing industry and yet the battle continues.

In response to claims of wrongdoing, Watt has denied the allegations held against him by former staff and has said they were false, stating: “The BBC published claims which are totally false & they published them despite the extensive evidence we provided to demonstrate that they were false. Reluctantly, I am now forced to take legal action against the BBC to protect my reputation.”

Beer writer, author and certified cicerone Melissa Cole said that, despite being involved in the BBC documentary, she was still taken aback by some of the allegations. “There was a lot I knew, a lot more I have been told and some stuff that absolutely took my breath away.”

Cole also addressed the elephant in the room – the disappearance of Watt’s co-founder Martin Dickie, who has not said a word about the allegations and has not been seen for some time. She added: “I would also like to ask, where’s Martin Dickie?”

According to Cole, the issues that the documentary raised about conduct are ones that should be used to demonstrate how our industry and all beer drinkers and sellers should respond. Tolerating wrongdoing in favour of it being better for business should be eradicated – boycotting brands that are cultivated with ethics that marginalise people could be the way forward.

Cole explained: “It’s not just about buying, it’s about selling. As much as I’m tired of the excuse that ‘it’s cheap in the supermarket’, for buying this problematic brewery or that poorly-behaved brewer, I am also tired of the excuse that ‘so and so holds power’ or ‘they’ll sell loads of my beer’. They only hold the power we give them, and if as an industry we pull together that will be lessened. Stop selling to the local place because ‘we like the manager’ and, hopefully, their behaviour will stop becoming a blueprint for other narcissistic megalomaniacs to set up breweries.”

Where do companies like Brewdog go wrong? Cole responds, not missing a beat: “Don’t try and start a cult, it never ends well.”