British broadcaster Jeremy Clarkson is offering members of the public free beer at his brewery in the Cotswolds. 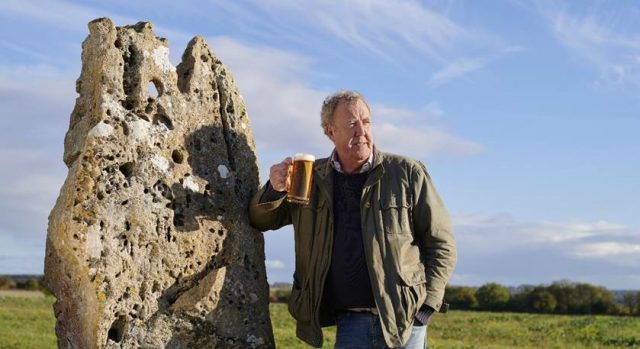 The Top Gear TV presenter-turned-farmer revealed that The Cotswold Brewing Company, home to his Hawkstone Lager, is in the process of developing a new 4% abv session lager and is on the lookout for beer lovers who are willing to participate in the recipe testing this week.

Members of the public will be treated to free samples of the two session front-running recipes, as well as a free half pint of his Hawkstone 4.8% abv lager.

This session lager, which Clarkson has said will have all the great taste of Hawkstone, but will be lighter, has been made using Clarkson’s own barley from Diddly Squat farm.

The move comes amid a turbulent few weeks for Clarkson’s Diddly Squat farm shop, which was forced to close. Planning permission for a restaurant was also refused this week, leaving Clarkson disappointed and yet determined to make a success of his new business.

Clarkson said: “The Hawkstone master brewers have been working tirelessly on the new session lager but we’ve reached a bit of a deadlock with these two recipes. We’re calling on all beer lovers to come down to the brewery and help us decide which goes into production.”

The bar will be open seven days a week, starting from 11am-6pm. Taste-test participants this week are required to arrive before 4pm for their free beer.