Hot on the heels of its success in the US and other markets, Guinness brings the brand’s latest nitro cold brew coffee beer to Hong Kong market this January. 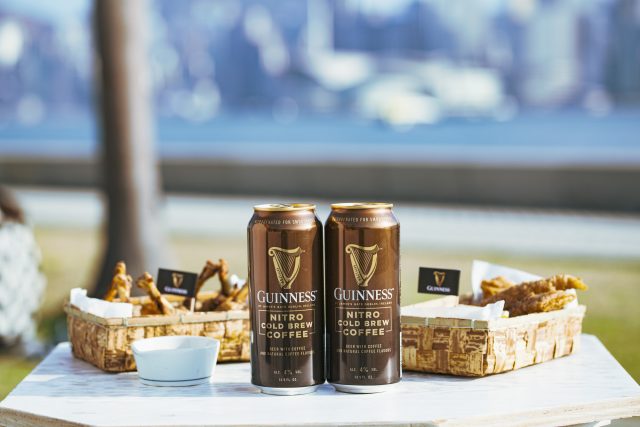 The Nitro Cold Brew Coffee Beer first launched in the US and other regions in early 2021 and has had a great response from consumers. It will finally arrive in Hong Kong on 19 January.

Fusing cold brew coffee and dark beer with toasty notes, the new beer is made with the brand’s patented Widget Technology, combining nitrogen and carbon dioxide to form a creamy and balanced texture, capturing the stout’s smoothness and cold brew coffee’s toasty aroma. It comes with 4% ABV.

As the official tasting note suggests, the beer is “accentuated by hints of coffee and chocolate nose with a rich, creamy head, and achieves a harmony of bitterness, sweetness and roasted coffee character”.

It’s recommended that you pair the new beer with crispy food to complement its multiple layers of flavours.

The Guinness’ patented Widget Technology was originally created for pouring draught beers in pubs. The coffee beer is crafted by fusing nitrogen and carbon dioxide, instantly formulating a creamy and rich palate in the can. As the ring is pulled open, nitrogen filled capsules surge and fill the can with a rich, velvety layer of foam, hoping to replicate the draught experience at home.