Scarlett Johansson received the prestigious American Cinematheque award on November 18th at the Beverly Hilton gala, surrounded by over 700 friends, family and industry insiders and sponsored by Château Malartic-Lagravière.

Well-known actors and personalities from the entertainment industry had the opportunity to taste Château Malartic-Lagravière’s wines at the cocktail reception and gala dinner during the ceremony. 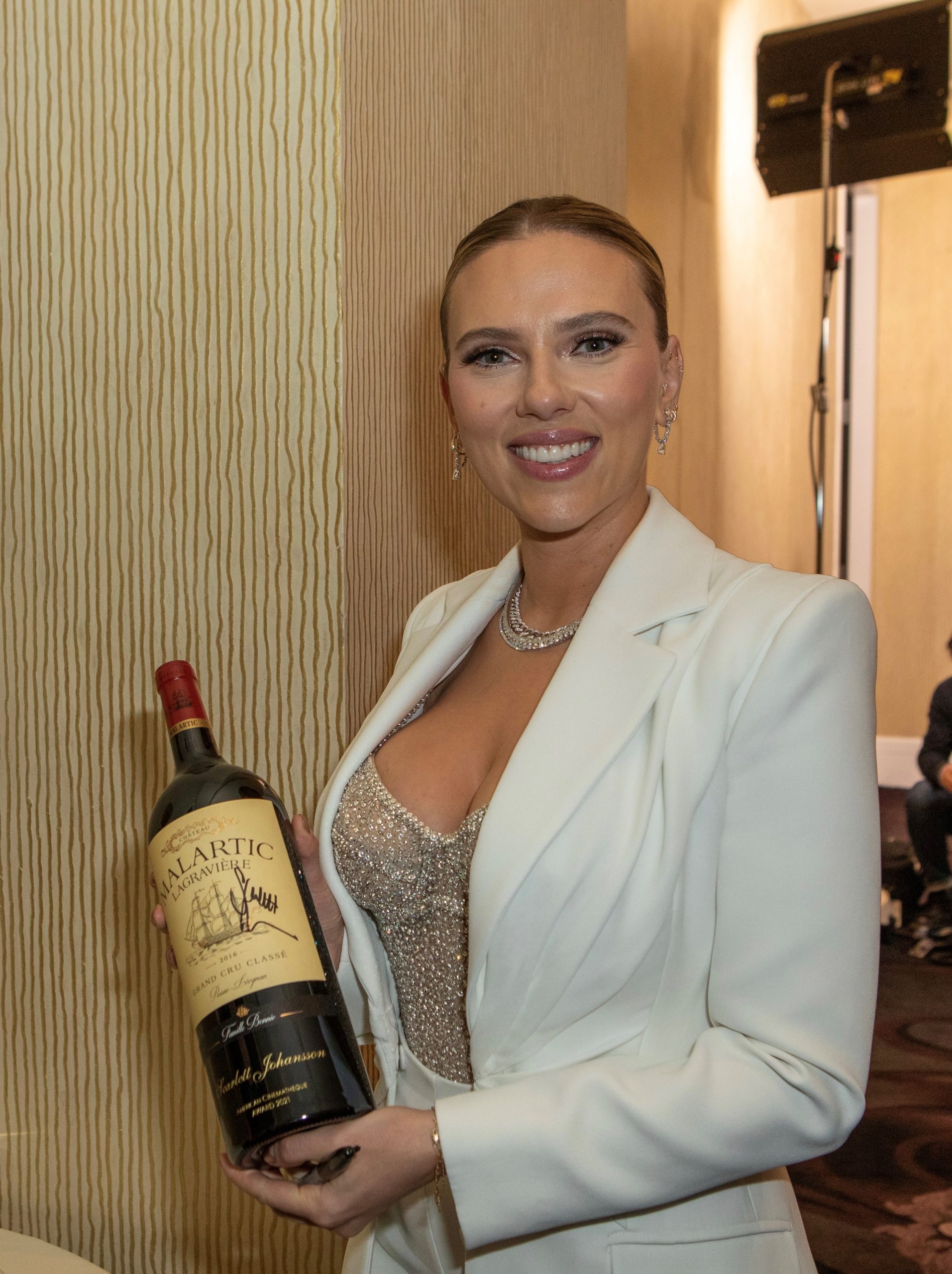 Douglas Blyde visited the cellars beneath the ornate Rothschild Foundation owned Waddesdon Manor this week, illuminated in Penfolds red for one night only to mark the seventieth anniversary of Penfolds Grange (Bin 95). Within the cellars, replete with Bacchanalian statues, winemaking ambassador, Toby Amphlett illuminated the wine trade and press guests on the history of this multi-regional, Syrah-led blend, first made in secret by Max Shubert in 1951, represented at the event by a secret door carved from brick, while hologram displays told of the accolades which the groundbreakingly high-quality Grange went on to scoop over subsequent decades. This was followed by a dinner of local produce, where five wines from five decades met smash musical hits chosen from their era. Pours included the twice awarded 100 Parker pointer 2008 with estate lamb, while the ‘relaxed and ready’ 1997 met a live performance of Spice Girls’ Spice Up Your Life. The 1983, with cranberry, goji berry and gravy notes, was showing particularly well while the 1979 exhibited soy and bonito notes with a hint of PX and gave a terrific last hurrah as it gradually perished in the glass. The current vintage 2017, made entirely from Syrah, was described from afar by current winemaker, Peter Gago, himself an avid music fan, as ‘a humble offering from the colonies…’ It was polished and accessible even at this early age, and should be ‘monitored over the next half century’ said Gago. 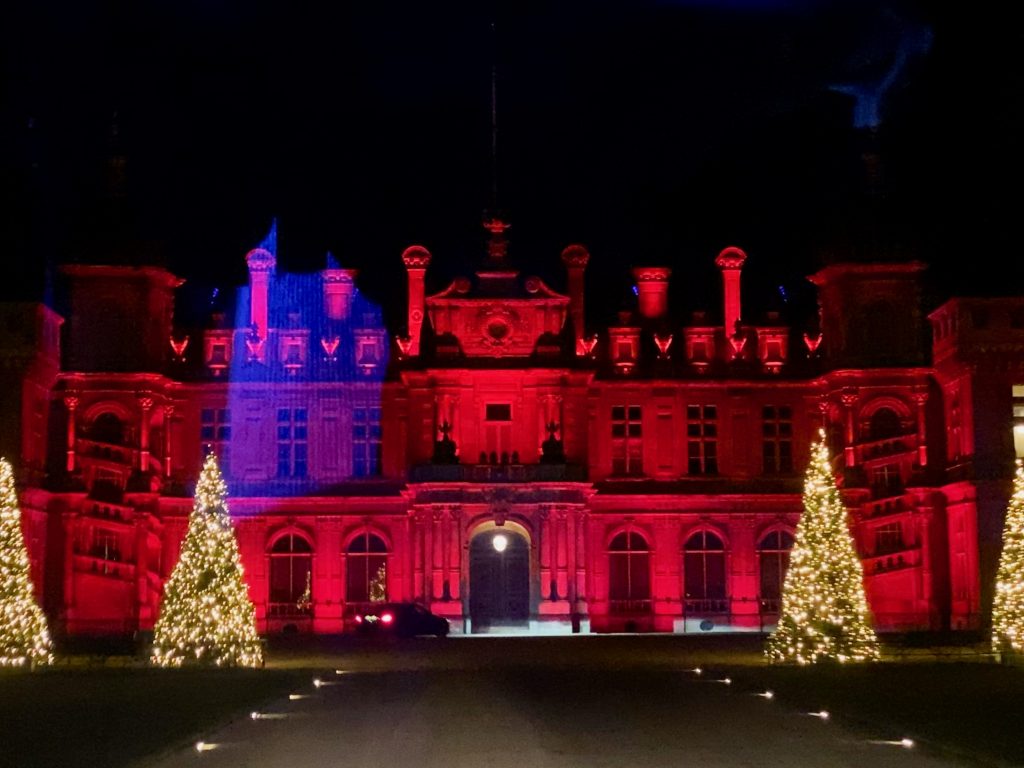 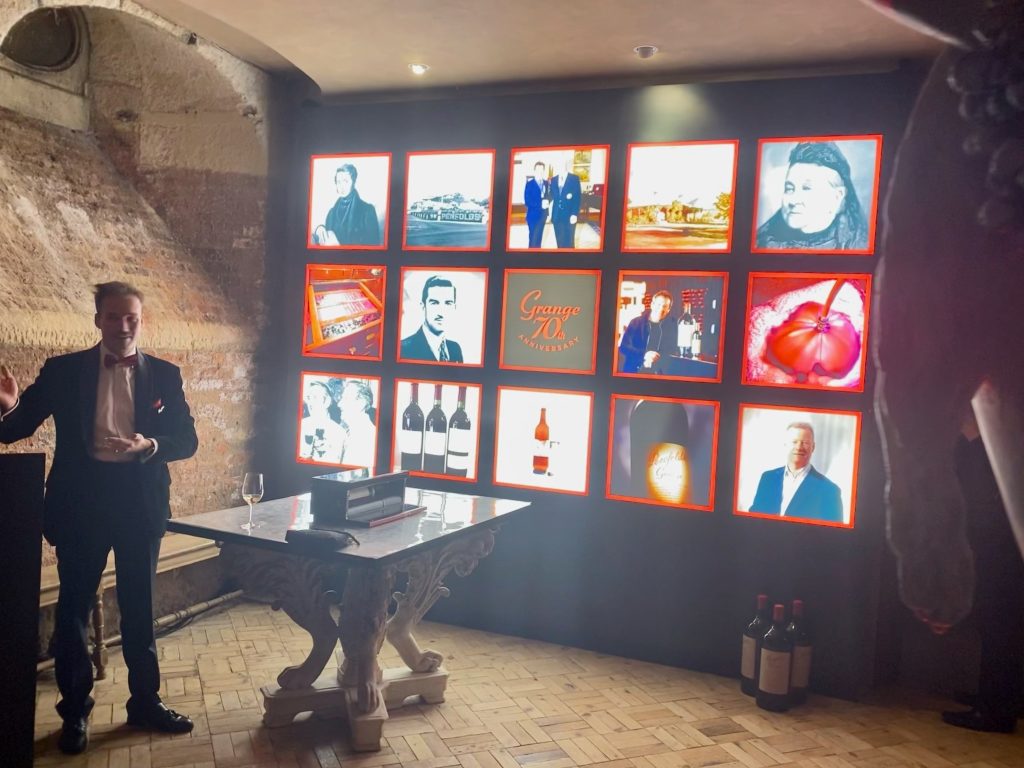 On Monday, New Zealand Winegrowers hosted a masterclass and lunch for sommeliers, buyers and trade on the New Zealand Pavilion at Expo 2020 Dubai.

The masterclass explored how New Zealand Wine is innovating and embracing sustainability, alongside 10 wines from six regions across New Zealand. 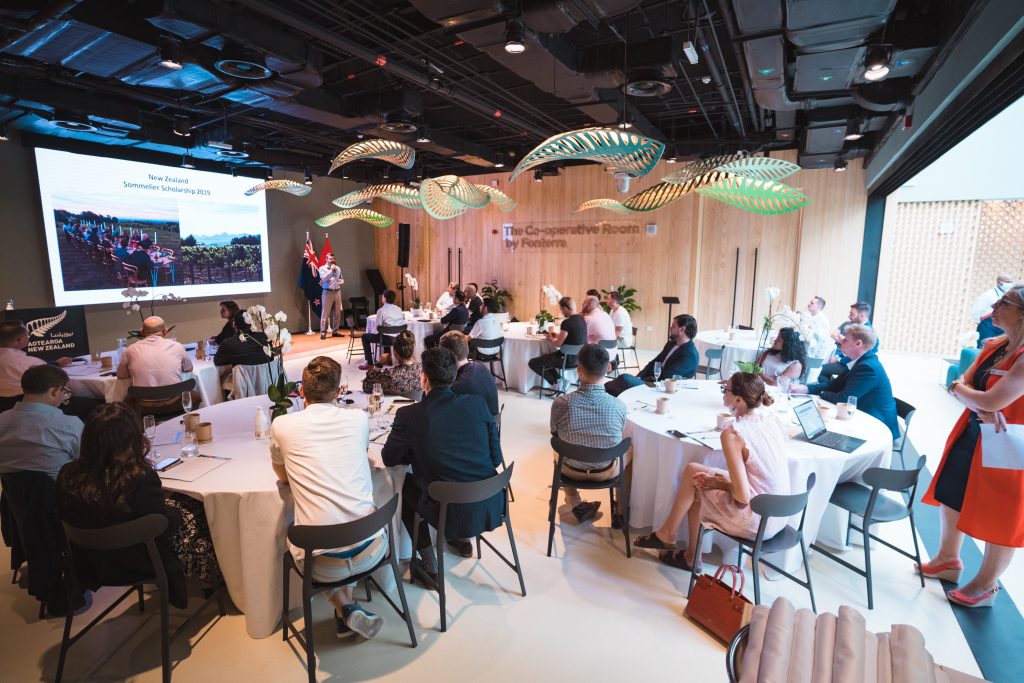 Gin brand Bombay Sapphire is bringing a taste of Spain to the streets of Shoreditch, in celebration of its latest expression – a Murcian Lemon gin.

The pop-up, named Frutería, is a collaboration with Spanish Artist, Coco Davez, who has transformed the Great Eastern Street canvas into a vibrant, Spanish greengrocer with her iconic brightly coloured patterns. It’s open today and tomorrow. 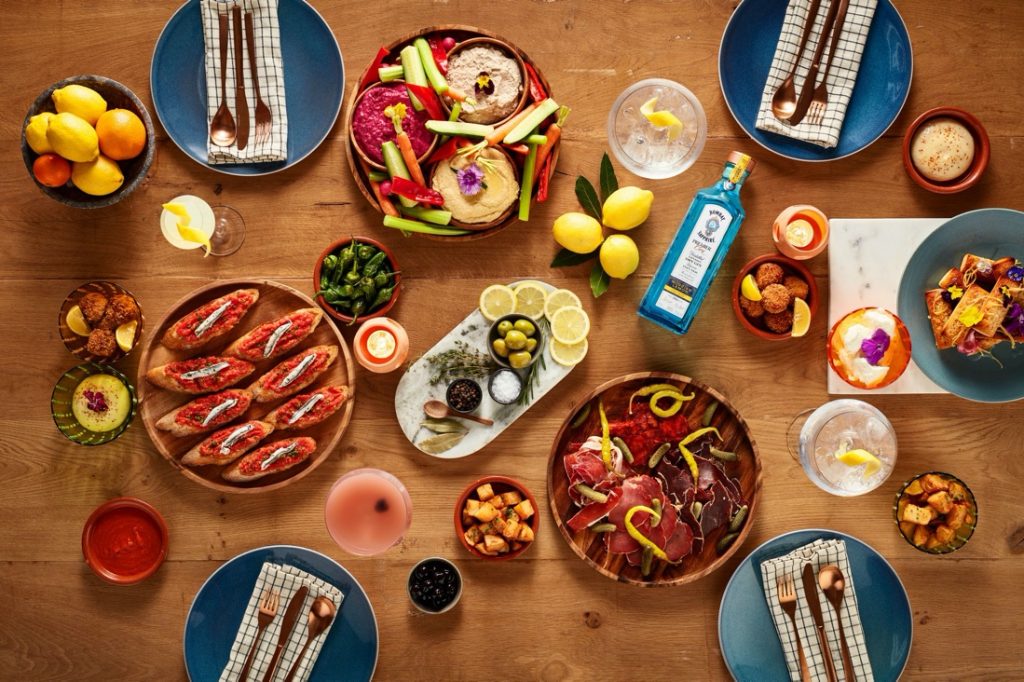 Chef Francesco Mazzei and wine expertLuca Dusi will be reuniting for a festive edition of Food & Wine Tales on Wednesday 8thDecember, 7pm at Radici in Islington, London. The duo will be offering a selection of Italian dishes paired with wines from their respective regions. Guests will decide on the night which Italian maestro’s region wins – North or South.