The craft beer market continues to grow with brewers naming the availability of high quality packaged beer as one of its finest attributes. 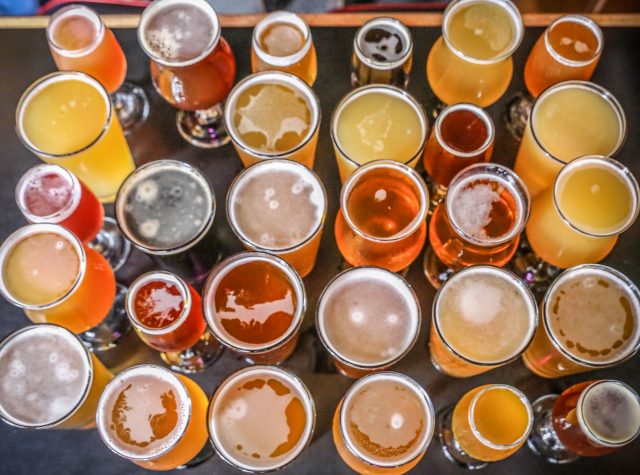 Market research carried out by analysts via insight firm Brandessence showed that as the craft beer market has expanded, but so too has consumer thirst for good beer with canned beer and low alcohol variants witnessing positive growth. The sector is said to be growing at a 12.35% CAGR by 2025 end and, while there are challenges, there are also a broad spectrum of opportunities to boost sales for the future.

Speaking to db, New Zealand craft brewer Yeastie Boys, which has since planted roots on UK soil, described the ever-changing consumer attraction to craft beer as something that has been reflected in many a brand story – provenance and authenticity, but highlights that these values will always adapt as people seek the simplicity of beer that is good in any terms.

Yeastie Boys co-founder Stu McKinlay said: “As craft beer moves more into the mainstream, I see more and more people wanting something simple: a great product, with a strong brand story, at an affordable price. The tenets we all believed in – integrity, passion, blood, sweat, tears and independent ownership – seem less important to our drinkers now than they are to us and those consumers who were at the forefront of the craft beer revolution.”

Utopian Brewery co-founder and managing director Richard Archer said: “The challenge looking forward though will be volume. Will there be enough opportunity in that channel to support our growth aspirations? We will see. It’s certainly true that each time we launch a new beer we see a spike in demand from the bottleshops who I guess by their very nature are generally on the lookout for new beers.”

Research from the Brewers Association in Europe identified that, in 2019, there were 11,048 brewers across all of Europe and that, together, they produced a total of 401,948,000 hectolitres (HL) of craft beer. Among this, over 88,203,000 HL of the beer was exported to other markets showing the demand is high in all countries.

According to the research, in the US alone, there were 1800 microbreweries in 2010 and by 2020 this number had risen to 8,800 with the sector witnessing a five-fold increase. Additionally, the Brewers Association reportedly revealed that most US craft brewers produce fewer than 1,000 barrels per year and research from Brandessence has also reflected a growing demand for “localisation in beer manufacturing” as being the key driver for growth in the category.

In the US, California state remains the highest producer of craft beer with the state having already produced 3,356,134 barrels of craft beer in 2020 and things have adapted and evolved very quickly. For instance, the state had 958 craft breweries in 2020, rising from just 270 in 2011 as the trend grew.

“The craft beer market remains a consolidated landscape in key regions like the US. In this region, key players account for close to 80% share of the total market. The growing demand for unique, and rich-tasting beers remains a major promise of growth for new entrants to the craft beer market, as well, as for the growing fragmentation of the market landscape,” said Brandessence in its 2020 Craft Beer Market Size report.

According to the data, North America is expected to dominate the global craft beer market during the forecast period due, specifically, to such high demand for craft beer among the US population that is expected to grow over the next few years.

Looking East, Brandessence revealed that its analysts also hinted that “Asia-Pacific is growing significantly owing to countries such as China and India. This region is expected to show a fastest growth in the market due to its increasing demand for beer, disposable income of the people, urbanised population, expansion of key companies in many countries and increasing craft breweries across the region. In China, a series of studies have been conducted to assess and enhance the efficacy, effectiveness, and feasibility of the enzymes used in brewing which results in developed and formulated products, thus boosting the craft beer market”.

Meanwhile, the findings unveiled how a consumer preference for “low-ABV and non-ABV craft beers remain a core of the craft beer trends. This trend has been on the rise for a long-time. However, it is an open-secret in the beer industry that high-alcoholic drinks continue to lower in sales, with demand for freshly-brewed, diverse-flavoured, and mildly or non-alcholic drinks gaining demand. Among key craft beer trends, the demand for unique-flavoured beer, with strong opposition to mass-produced, watered-down beer keeps growing at unprecedented speeds,” stated the report.

“The non-alcoholic category remains the primary segment of growth in the craft beer market, with sales rising by over 38% in 2020. This is despite major sales in slumps for total beer sales, due to the Covid-19 pandemic. The non-alcoholic categories are witnessing major growth in various groups like religious, health-conscious, sober-curious, among others,” said Brandessence analysts, highlighting that “in the US, non-alcoholic beers still account for a modest share of the total sales, with just over 1% of total sales. However, these beers today make up for over 5-10% total sales in the European beer market. These are likely to see a much bigger growth in sales in the future.”

Despite major opposition to corporate macro beer owned by big companies, cans – a signature packaging solution for mass-produced beers – have been making major gains in the craft beer market over the past few years and will continue for the foreseeable, the data revealed.

“The can-based craft beer sales doubled between 2012-14. Countries like the UK have witnessed a 10-fold increase in canned-beer between 2015-2020,” pointed out Brandessence analysts, pinpointing how packaging has been a way for the independent beer industry to thrive amidst the challenges of Covid-19 effectively halting the sales on draught beer in the on-trade.

Burning Sky founder and head brewer Mark Tranter told db that “one of the last impacts of the pandemic is the way many breweries had to change the way they packaged their beer in order to survive. Cans, for many were the obvious choice. This wider availability has had a positive effect on consumer awareness of the variety and quality available from small producers, the majority of whom will ship direct”.

Cans have also helped many an independent craft brewer to build a following and carve out their own brand identity in such a crowded marketplace.

As McKinlay said: “Cans are great – they’re lighter, take up less room, the whole package is a canvas for your artwork, they chill down much faster than bottles, and the 330ml ones often look like soft drinks which enables you to drink them in public spaces without the sense of shame that might come with midday drinking. As an added bonus, it feels great crushing them after you’ve poured your beer into the appropriate fancy glassware.”

Utopian Brewery’s Archer agreed, highlighting how “It’s safe to say that having our canning line 18 months ago saved our bacon and so cans will forever have an extra special place in our hearts.”

Archer added: “What was also interesting around that time though, was the apparent shift in buyer behaviour that helped accelerate our shift to ‘small pack’. All of a sudden it became cool to buy beer direct from breweries. Of course a lot of breweries, including us, had some kind of online shop. All the conversations I’ve had on the subject suggest that this area has grown significantly during the pandemic.We took a total of  3 orders in Jan and Feb 2020 then over 300 from March to December. To me, this is only a good thing. Aside from the obvious revenue benefit, the direct communication channel to your customers, particularly in the new world of the marketing-led ‘brand only’ beers, will become more and more important in reinforcing the authenticity of the brand.”

The report added that the diversification of brands remains a potential obstacle for entering the packaged beer segment, and there will be some winners and some losers since “limited availability of shelf-space remains a challenge”.

McKinlay pointed out: “Supermarket shelves are becoming more and more competitive. Value for money is at its sharpest point, on these shelves, where something as little as the distribution route can be the difference between grabbing that coveted shelf space and someone else beating you to it.”

Archer revealed how the true hero for the craft beer sector is really “the ‘indie bottle shop’. They are wonderful places, generally owner-managed by people with a passion and interest in beer that has made them the local bookshop of old, for the modern day beer lover. Somewhere to go and browse and learn about different styles, from a knowledgeable proprietor. What’s not to love? We certainly love working with them and largely for that reason have not pursued the supermarket route as for now as we think it works better for us to work with the indies”.

Archer pointed out that the craft beer sector can, however, have different aspirations. Some want to be seen everywhere and others want to see their beers in independents like themselves. He revealed that everyone plays a part in this and, really, the sector is simply adapting in line with the trends, Archer added: “If we want to reduce the amount of independent beer going to supermarkets then it’s important to recognise and embrace those customers in the independent supply chain. The fact that you prefer to drink only a small range of two or three different beers rather than collect badges  for your Untappd sticker book doesn’t make you a bad person.  I’m sure many of these consumers would also prefer to buy from a local indie store rather than the supermarket and  this is something we as an industry probably need to consider rather than simply berating the breweries that end up in Tesco or Waitrose as it’s the only way they can see to get the volumes they need to survive.”