Australian Brewers Network will show links between brewers and breweries

A project connecting the interlinking relationships between Australian brewers and the breweries at which they have worked, is being created. 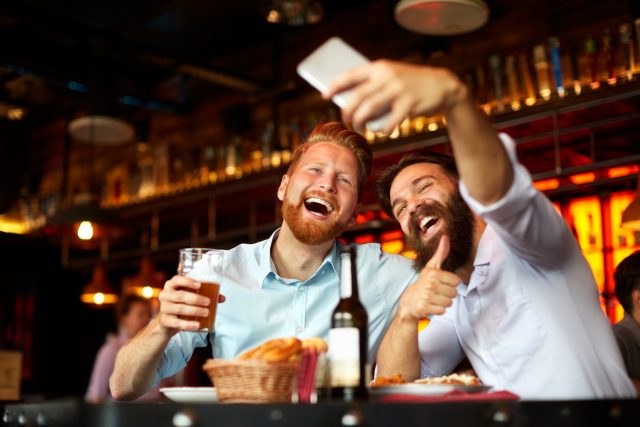 The initiative, named The Australian Brewers Network, will capture the work biographies of brewers who have worked in Australia and, using data visualisation software, present them in an interactive format showing how they are connected.

The data mapping idea is the brainchild of Australian digest Brew News and has since been backed by the team at Little Creatures who are keen to illustrate the positive connections made in the world of brewing.

Brews News editor Matt Kirkegaard said: “It never ceased to amaze me to learn the many ways that brewers are connected through working together directly at a brewery or working with someone who had worked with someone else. I was fascinated and always wondered at how this would play out in a Kevin Bacon six degrees of separation way, and who would be the most connected brewer or brewery.”

According to Kirkegaard, a casual discussion over a beer with staff at Lion about the idea and whether Little Creatures or Malt Shovel would have a higher ‘Bacon’ number ended up making its way to the Little Creatures brand team, who immediately wanted to get behind the idea.

Little Creatures Fremantle head brewer Russell Gosling reportedly said the idea of the Brewers Network was intriguing and was a way to look at the positive impact that Little Creatures has had on the brewing industry.

The work histories of Australian brewers can be entered into the network to show where the links are and indicate influence in brewing as much as skill set.

Kirkegaard described the Australian Brewers Network as “a powerful…dynamic representation of the way Australian brewers and breweries are connected. However, when you look at how little data exists in the industry, the project is massive. What we will be creating will be a truly industry-wide resource.”

Once collected, the information and data will be displayed in the form of a network graph. The key information needed simply includes a brewer’s name, the breweries they have worked at and the dates that they worked at them.

Given the extent of the survey, hopefully encompassing the entire Australian professional brewer cohort, the research tool also includes a number of voluntary questions that aim to capture some demographic information about the Australian brewing industry.

“There is scant data that is available to the industry to measure topics such as average age, diversity and training in the industry,” Kirkegaard explained, pointing out that, “while we are capturing fun metrics such as the linkages between breweries, it was a good opportunity to look a little more broadly at the makeup of the Australian brewing industry. All data collected will be kept strictly confidential, and only used in aggregate to provide the industry some much-needed statistics on its makeup. This will be of value to the entire industry.”

Data collection began this week and a first release of the graphical interface will be seen in mid-January.