As Champagne Gosset releases its long-awaited Celebris Rosé 2008, the house’s cellar master reveals why the wine turns any traditional notion of pink fizz on its head. 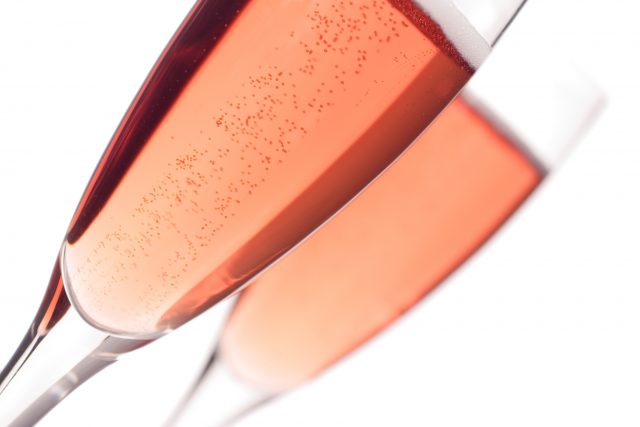 “I’m a winemaker, not a bubble man,” cellar master Odilon de Varine announced at a tasting this week to herald the launch of Gosset Celebris Rosé 2008 Brut.

The very notion of his wine containing bubbles is to de Varine an irrelevance: “The only reason we have bubbles in our wine is to prevent from oxidisation,” he explains, keen to stress that it is by no means a stylistic preference for this particular wine.

Nor, it seems, is the wine’s blush-copper tone, with de Varine going on to explain that Celebris Rosé is, in fact, only  “a rosé by consequence.”

Elaborating, he told the drinks business: “When we make Celebris, we taste it in dark glasses so that there is no influence by colour. We are not making a rosé. The rosé is more like ‘seasoning’. A little bit subtle. If you didn’t know it was a rosé, I’m not sure you would guess it was a rosé.”

Gosset’s Celebris Rosé is something of an exception to every rule. Produced only during exceptional harvest years, a huge number of stars must align for de Varine and his team to even entertain the idea of creating one. The just-launched 2008 vintage is only the fourth edition to see the light of day during the past 25 years.

Stranger still, it follows directly on from a 2007 Celebris Rosé vintage. “It’s extremely rare for us to have two vintages of Celebris in a row,” says Bertrand Verduzier, international business director for Gosset, who has a similarly nonchalant approach to the wine’s origins.

Described by the cellar master as being “not your typically aromatic rosé”, the 2008 Celebris vintage is completely Chardonnay-driven, with two thirds of the blend made up from the variety, with one third Pinot Noir completing the alchemy.

The 2008 vintage has 12 years of ageing to thank for its crystal clear amber hue, and contains more than double the amount of sugar as the 2007 (6.5g/l Vs 3g/l), leading to a broad, black cherry-led palate with notes of blood orange and black pepper spice.

It is also notable for its extremely limited production. The 2008 vintage only produced 15,000 bottles, which “needs to take us across a few years,” says Verduzier.

As for the wine’s sugar content, “It took 60 tastings to find the right dosage, which may be why there are only 15,000 bottles left!” says de Varine.

The 2008 Gosset Celebris Rosé is available now from Louis Latour Agencies with a RRP of £178.

Structure: 72% Chardonnay and 28% Pinot Noir, of which 8% is red wine (Ambonnay, Cumières, Bouzy)