Following a £2 million investment over the past 12 months, Scotland’s Glencairn Crystal is getting closer to being 100% dependent on its own solar energy. 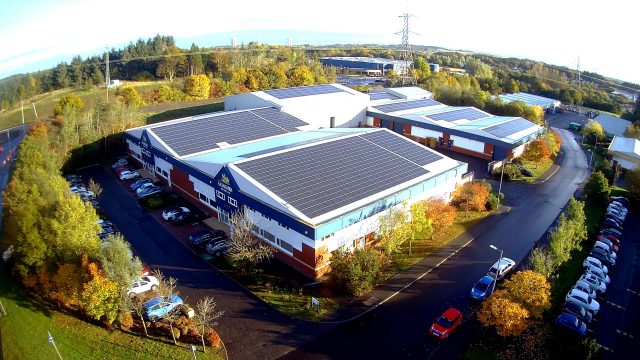 As the COP26 conference kicks off this weekend in Glasgow, Scottish family-owned and run business Glencairn Crystal has announced that it has undertaken an extensive expansion and remodelling of its factory and offices at its headquarters in East Kilbride, just outside Glasgow.

As part of the company’s strategy to increase its level of sustainability, Glencairn has invested £2 million over the past 12 months into its building infrastructure, factory processes and environmental programme, to ensure that as many aspects of the business as possible are sustainable and environmentally sound.

The investment marks a key moment for the crystal company, that is looking to become 100% dependent on its own solar energy within the next five years.

Paul Davidson, managing director at Glencairn, said: “As a socially and environmentally responsible family business we are strongly influenced by the families’ children’s views on the environment, as they are the future of both our business and our planet.

By shaping our policies and practices around what they believe, we are confident of building a far more sustainable future and, although we don’t have all the answers yet, we’re doing our best to find them.”

James Crilly, purchasing drector at Glencairn Crystal commented: “Here at Glencairn, we have always embraced change and evolution as a business. Our investment in a sustainable Solar PV energy system, alongside a number of key initiatives to encourage the entire company to become more instinctive in their everyday choices, is driving a step-change in the business.”

He continued: “Our ambition is to be 100% reliable on electrical energy over the next five years, whilst looking to increasingly re-use and reduce the energy we’re using in recycling. As a business that makes premium glassware designed to last a lifetime, we believe this is fully achievable and must be at the heart of what we do.”