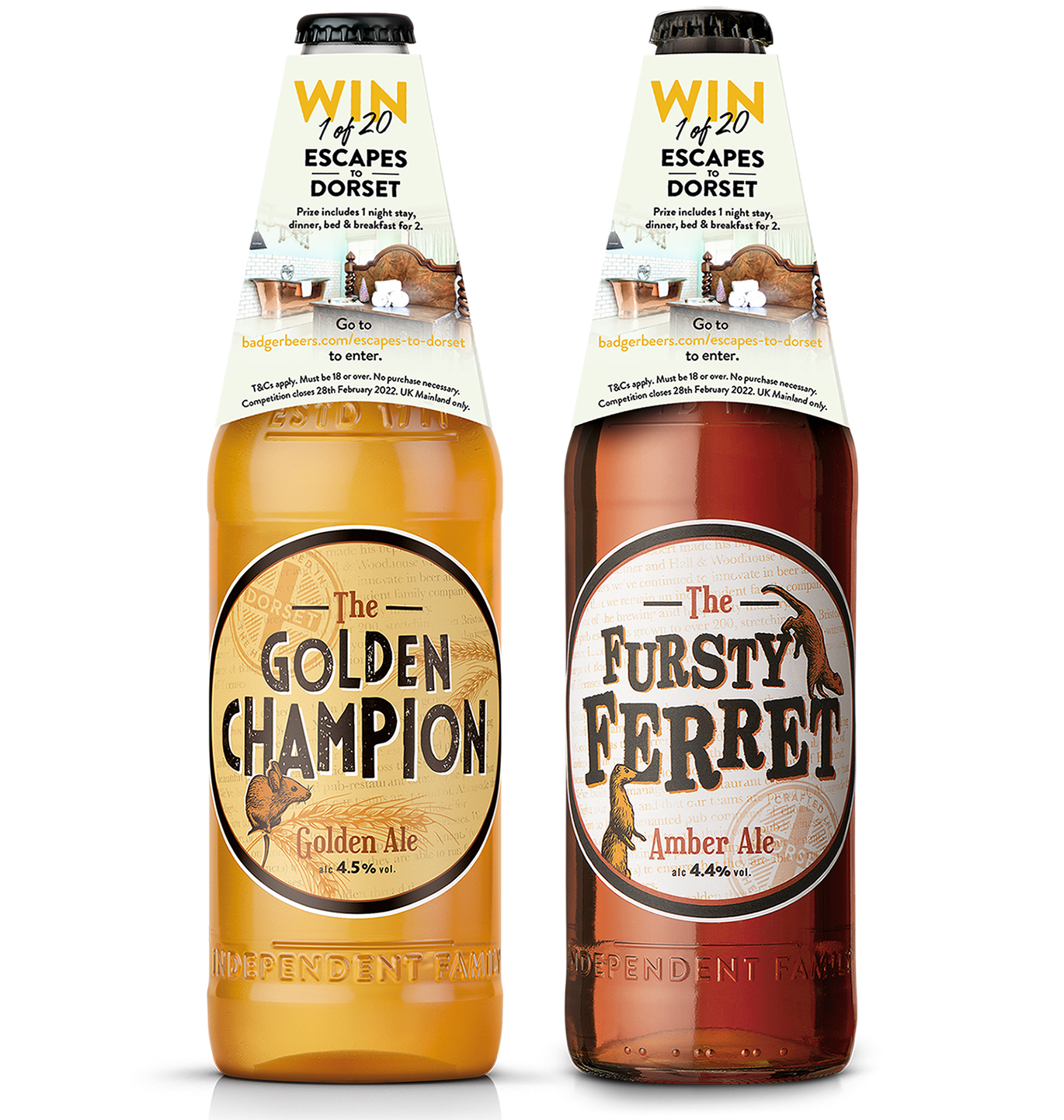 The promotion will run from October to the end of February on 50,000 bottles of Badger Beers’ top sellers – Golden Champion and Fursty Ferret.

The company is offering 20 winners an overnight stay for two in one of Hall & Woodhouse‘s country pubs, with dinner and breakfast included in the prize.

Drinks marketing manager for Badger Beers, Matt Woodhouse, said: “We’re delighted to be launching our biggest off-trade promotion in a while, just as the country emerges fully from the pandemic.

“We know there’s a strong renewed appetite for exploring the UK and this campaign captures that potential and reinforces Badger’s roots in Dorset – which we firmly believe is the best county in the land!

“After the last 18 months of travel disappointment and disruption, we think many people are ready for a short break and we expect an enthusiastic consumer response to the offer. We look forward to welcoming the 20 winners and their guests to our beautiful pubs, and to the delights of Dorset, next year.”

Badger Beers has been brewed by Hall & Woodhouse in Dorset since 1777. The company also owns a total of 200 pubs across southern England.