10 of the top drops from Jackson Family Wines 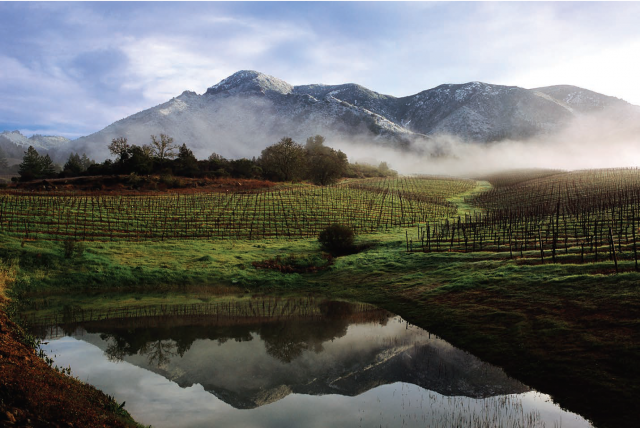 Jackson Family Wines can always be relied on to create medal-winning wines in our Masters blind-tasting competitions, with nothing less than Gold being its benchmark. Here, Patrick Schmitt MW chooses 10 of the  company’s top drops.

IF I were asked to name one company that’s been the most consistent top performer in our broad range of competitions – known collectively as The Global Wine Masters – then it would be Jackson Family Wines. Wherever this family-owned business makes wines, it crafts a Gold medal winner or higher, and that’s whatever the price category, style or grape variety. It could be a Shiraz from Australia’s McLaren Vale, a Pinot from Oregon, or a Sauvignon from Sonoma: in each case, the results are a similar high standard. It’s a testament to the Jackson family’s ability to pick out and manage a great site, to find and nurture talented winemakers, and to provide the support and expertise needed to make fine wine.

With this in mind, I have selected a top 10 from recent Global Wine Masters, all of which have two things in common – the bottles were category leaders in their competition, and the brands are owned by Jackson Family Wines. 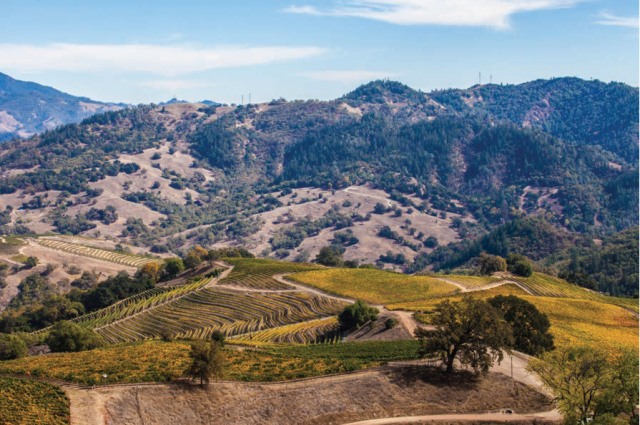 It may only be a snapshot of what this global operator produces, but it gives  you an idea of the range and quality on offer from Jackson Family Wines, a producer that excels in the competitive arena of branded wines, such as the varietal offerings under the Kendall-Jackson label, as well as the challenging market of high-end Napa blends, including those that sell through La Place de Bordeaux.

This deliciously drinkable Pinot hails from an estate in the Sta. Rita Hills that was founded over 15 years ago by an ex-surfer and former French professor. It’s a delicate style, with perfume and freshness, while retaining the ripe red fruit that makes Californian Pinot so seductive. For those who think US Pinot is dark, sweet and oak-laden, then try this. It will not only erase such pre-conceptions, but provide you with one of the most delicious drops to emerge from beyond Burgundy’s borders.

Not only is this an ideal expression to remind one what made Chardonnay so popular in the 1980s, but it’s also a surprisingly affordable taste of fine white wine by Californian standards – it retails for around £20. Sourced from Santa Maria Valley, the grapes come from a vineyard named after Katherine Jackson, one of the children of founders Jess Jackson and Barbara Banke. It’s a generous style of white, but not without a bright finish, and combines classic Chardonnay characters of peach and vanilla, along with some baked apple and caramel. In short, it’s a lovely, textural wine that also refreshes.

A consistent top performer in the Global Cabernet Sauvignon Masters, Freemark Abbey always picks up a Gold-medal-winning score when blind-tasted against its competitors from around the world. That’s because this historic Napa estate yields such wonderfully concentrated, juicy dark fruit, rich in blackberry and cherry flavours. Then there are the complementary characters of creamy vanilla and toast from the French oak used in the winemaking process. Plus, it has a mouth-watering dry finish from the chalky tannins that come from low-yielding fruit and barrels with fine-grained staves. And it’s not expensive by Napa Cab standards – retailing for around £30.

Mixing yellow fruit flavours such as peach and apricot with fresh notes of grapefruit and lemongrass is this wonderfully layered Sauvignon from Sonoma’s Stonestreet Estate. Not only does it blend ripe and crunchy characters in a single mouthwatering glass, but there are other elements in this wine too, notably a touch of smoky toast, which comes from the puncheons used during the fermentation process. This turns the Aurora Point into a fumé blanc, a term used to reflect the use of oak when making Sauvignon – a technique most commonly employed in the great whites of Bordeaux, for which this Sonoma Sauvignon is a serious rival.

You don’t achieve best-selling status and retain it for years without being a benchmark in quality, and Kendall-Jackson Vintner’s Reserve Chardonnay is certainly that. Holding the position as North America’s most popular premium white wine, this Chardonnay hits a sweet spot in terms of style and value for money. Rich in body and flavour, it has notes of citrus and pineapple, butter and toast, and while oily in mouthfeel, there’s enough freshness to keep you sipping. How is this achieved? It’s a surprisingly complex wine, comprising a blend of grapes from across a broad sweep of cool-climate vineyards along California’s coastline, which are then aged in French oak barriques made by the Jackson Family’s own cooperage. In short, it’s an affordable modern classic that’s still leading its category.

Using Pinot from the prized Willamette Valley in Oregon, Penner-Ash has become one of the region’s most sought-after producers, and it’s not hard to see why. There’s plenty of depth to the wine, with sweet cherry and ripe raspberry fruit, and some chocolate-like notes from the oak used in the winemaking. But it’s a pale wine, with a light body, and plenty of bright redcurrant character to keep one salivating. So, while the Pinot is fully ripe, the wine is not heavy, making for a particularly enjoyable and versatile glass of wine.

Taking its name from a glacial-influenced vineyard in the Yamhill-Carlton AVA of Oregon’s Willamette Valley, this is a specialist, intense, and sought-after expression of US Pinot. It’s packed with black cherry and ripe berry fruit, even a touch of balsamic, along with some dark chocolate, then a firm structure, with plenty of fine dry tannins. But while it’s powerfully flavoured, it’s not heavy or sweet, with Pinot’s lightweight nature still evident. This means it’s pleasant to drink now, although this is a red that has been built to age, so it will reward if cellared.

This wonderful expression of Shiraz uses organic and biodynamic grapes from Yangarra Estate, which is located in the sought-after Blewitt Springs subregion of South Australia’s McLaren Vale. Loaded with ripe, fleshy blackberry and blackcurrant fruit, and a background hint of mint, there’s also a touch of vanilla from ageing in French oak – 30% of which is new. While juicy, it’s neither too rich nor alcoholic, and has a lovely, lingering, dry, gently peppery finish.

This blockbuster of a Shiraz will bring a smile to your face as waves of indulgent flavours wash over the tongue, from dark cherry to juicy berries, stewed plums to cracked pepper, and black olive to creamy vanilla, before the experience ends with a lingering note of tobacco and cedar, and lovely mouth-coating refreshment from a mass of dry fine tannins.

Made from a cherished 50-year-old block of vines in a prized site in South Australia’s  McLaren Vale, and crafted under the watchful eye of Rhône variety specialist Peter Fraser, it’s no wonder this is such an intense and delicious drop – and a Master winner in our annual Syrah competition.

Arcanum is the top wine from Italy’s Tenuta di Arceno, and, you may be surprised to learn, it isn’t made from a native Italian grape, nor is it dominated by Cabernet Sauvignon. Rather, this outstanding wine, which hails from the estate’s historic vineyards in Chianti Classico, is based on Cabernet Franc. And the result is a wonderful mix of red and dark berry fruits, tobacco leaf, sweet balsamic, cigar box and milk chocolate.

It’s a wine with the freshness and firm tannins you would expect from a Chianti Classico, but a darker colour and richer fruit profile than you’d find from anything made with Sangiovese. Whether or not you approve of such a break from local varietal convention, this Toscana IGT red is magnificent.

Jackson Family Wines was founded by California wine industry figures Barbara Banke and  her husband, Jess Jackson. Since the launch of the hugely successful Kendall-Jackson  Vintner’s Reserve Chardonnay in 1982, the couple built a collection of wineries to become one of the world’s leading fine wine companies.

Over the years, the Banke-Jackson family has assembled a portfolio of esteemed vineyards and wineries along California’s cool coastal ridges. These properties stretch northwards from Santa Barbara up through Monterey, Sonoma, Napa and Mendocino counties, before continuing into Oregon’s famed Willamette Valley. Outside the United States, Jackson Family Wines also owns estates in Bordeaux, Tuscany, Australia, South Africa and Chile.

Each winery is independently run with its own winemaker, vineyards, varietal focus and style.