Emiliana: “Everyone will be organic in the future, it’s just a matter of time”

Chilean organic wine producer Vinedos Emiliana has said that the world is wising up to the benefits and quality of sustainable agriculture and “it is it just a matter of time” before all wine producers convert to organic production. 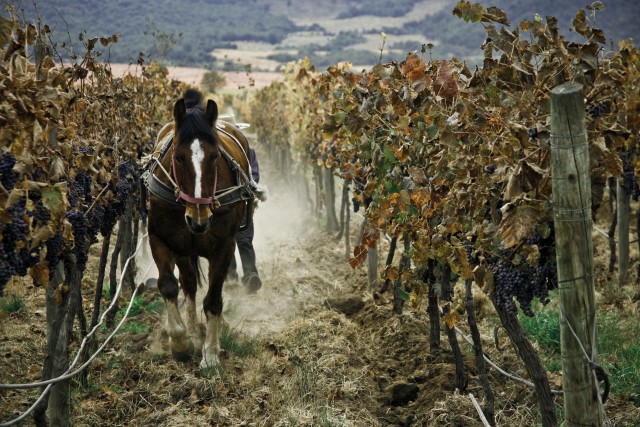 Speaking to the drinks business recently, marketing manager Alejandro Mitarakis  said that the past year had demonstrated the demand for organic wine sales.

Last year the company had some of its strongest sales, and this year it is almost 40% up in sales, he said. Although Covid had “a lot to do with it” it was “not fair” to only attribute the success to the pandemic. “This is the culmination of a lot of intense work along with the perfect conditions with what the consumer is demanding as people are taking more care with the environment and what they consume,” he said.

“We think the future is going to belong to organic, so everything that belongs to that area is where we aiming.”

He added that Emiliana had been organic and biodynamic for around 30 years, and was focused on the quality of its wines, with “a very precise and technical way of producing it”, with its entire approach and philosophy linked to its sustainability. As such, Mitarakis  is excited about the potential for the new organic association in Chile, of which it is one of the founding members.

“We can push what we believe in, it could make a difference to Chile and to the rest of the world,  so it’s good to try,” Mitarakis  said. “We’re excited as we think it could be very important – and in the future all the wines from Chile could be organic, why not?”

“There’s been more interest from other Chilean producers that we’re very happy and proud about, who are making their first steps into organic.

Although he acknowledges the difficult of the whole of the country turning to organic production and there would need to be improvement – “it has a huge wine industry and there is lots of history behind brands and turning to organic is not so easy to do” – he argued that it was a gradual process.

“I think the future everyone is going to be organic, not just Chile, it’s a manner of time. Some will be quicker, some will be slower but in the end it will all be,” he said.

Because of the growing demand for organic right across the world, the company is exploring different valleys and regions in Chile, with the aim to keep innovating and explore different varieties in different areas, Mitarakis  explained.

The three areas it has branched into include Biobio in the South, Limarí, where it acquired the well-known Micas de Limarí brand from Concha y Toro, and 300ha of farm land in Maule.

According to Mitarakis, Limarí is a focus valley, which has “extraordinary characteristics” for whites and sparkling, while the new territories in BioBio are prime spots for Pinot Noir, whites, notably Gewürztraminer and Sauvignon Blanc, and sparkling wines.

“So far both valleys have shown good quality wines with very good flavour so indicates that will be good in the future,” he said.

The wines from Maule will take longer to come to the company is in the process of planting virgin territory in Maule, which it acquired last year, which it is planting with red varieties, led by Cabernet Sauvignon.”

“We are very excited, we’re aiming for high quality wines from that region,” he said.