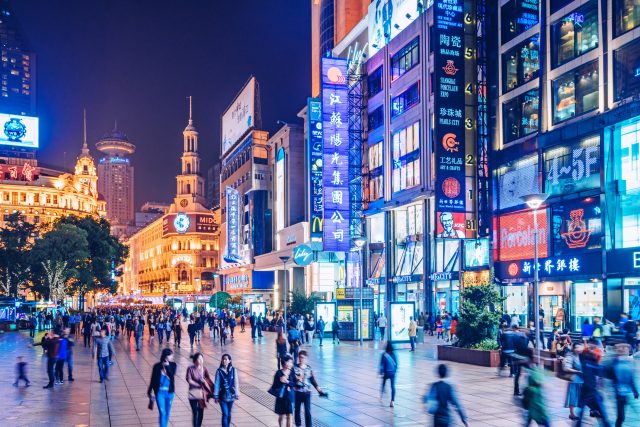 It is only eight months since China effectively shut its wine market to what had been its biggest overseas supplier by slapping import duties of up to 212% on imports from Australia. That was seen as political retaliation for criticism of the Communist Party’s actions in a number of fields.

Now fears are rising about possible new restrictions on drink following a report in China Fund News, an online affiliate of the official mouthpiece the People’s Daily, highlighting links between alcohol and cancer.

As ever, nothing is straightforward in reading the runes of Chinese policy, but the online article triggered fears that alcohol could be the next target for stricter regulation, and not solely on health grounds.

The prospect that alcohol could be next in line sent shares in Kweichow Moutai  2.8% lower on the day of publication while its peer Wuliangye Yibin  dropped 3.8%.  Moutai, the biggest producer of baijiu, has seen its shares fall by almost 15% in the past six weeks.

“Confidence is shaky,” said Gu Xiangjun, an analyst at Capital Securities Corp. “Any negative news is quite poignant right now.”

Beijing has moved recently to dampen demand for sectors such as digital gaming and private education, areas of personal spending that attract Generation Z and the fast burgeoning middle class in China.

The regulatory crackdown triggered a $1 trillion stock market selloff last month as investors sought to anticipate the next policy shift. Given the government’s concern about inequality and the importance of people getting a fair start in life, traders have become particularly sensitive to official commentaries that reflect activities among the nation’s youth.

China defines someone with an income between $7,250 and $62,500 as middle class and the Brookings Institution calculates that approximately 10% of all China’s more than 1 billion adults have wealth of between $100,000 and $1m.

McKinsey says there are now more than 500m middle class Chinese, more than double the entire population of the United States, the market whose margins make it the most profitable for alcohol producers.

Staggeringly, the latest predictions suggest that up to 1.2 billion Chinese will be in the middle class category by 2027, one quarter of the global total.

China already makes up the largest segment of middle-class consumers in the world and the prospect of such an enormous expansion has made it a priority market for multinational firms.

That is why  Pernod Ricard’s chairman and chief executive Alexandre Ricard has named it a “must win” market. It is no less a priority among his global rivals.

The spirits market in China is flourishing as income levels increase. The Chinese alcohol market was valued at  $175 billion in 2019, with baijiu alone taking a hefty 65% of the overall market.

By comparison with more mature Western markets, imported spirits account for less than 10% of China’s consumption.

But with an explosion in middle class wealth, it is the millennial post 1980s consumers who are the real drivers of market growth for scotch and cognac, the status icons of the nouveau riche.

With the major players such as Diageo, Pernod Ricard, LVMH and Remy Cointreau working hard to premiumise their brands, Euromonitor predicts that by the end of next year whisky sales in China will increase by 38.6% from the 2018 level on volumes up by 23.65%.

Producers remember the turmoil caused seven years ago by the crackdown on “gifting”, the practice of influencing public officials and influential middlemen with high-end baijiu and imported luxury spirits.

Beijing seeks to influence most aspects of life in China, so it will watch carefully the explosion of wealth and with it the alcohol market.

The government has not confirmed that it intends to further manipulate the drinks market but investors recognise the potential for it to raise tax revenue combined with measures of social control.  Hence the market jitters.