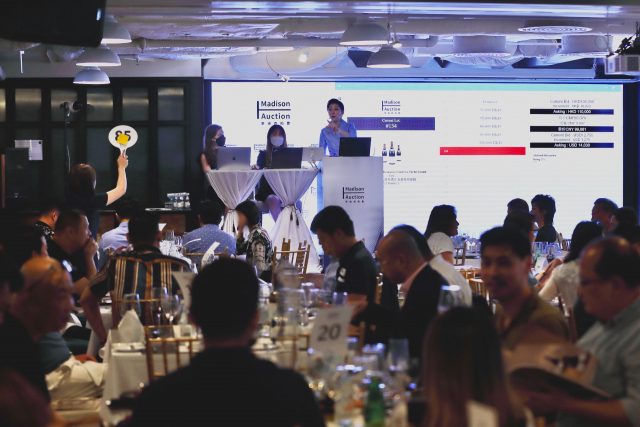 Bidders from around the world participated in this sale on Madison’s website and newly developed app. The simultaneous-casting event was also held in Shanghai for the first time, connecting the Shanghai saleroom with the Hong Kong saleroom via a live broadcast.

Bordeaux was another strong performer in the show with some lots achieving more than 150% of their pre-sale estimates. A bottle of 1982 Château La Mission Haut-Brion Pessac-Léognan Grand Cru Classé was realised for HK$124,512; while Château Latour Assortment was sold at HK$73,500.

The August sale was live-streamed via the Madison App for the first time. The auction house aims to launch a mobile app, which further facilitates the transformation of the traditional auction model into the digital era. By improving the bidding platform, the company hopes to bring better auction experience for its audience in future.