How the China tariff dispute is impacting Australia’s top wines

With a single bottle of Penfolds Grange 1951 recently smashing auction records, Richard Woodard explores how the tariff dispute between Australia and China is affecting the country’s top tier wines. 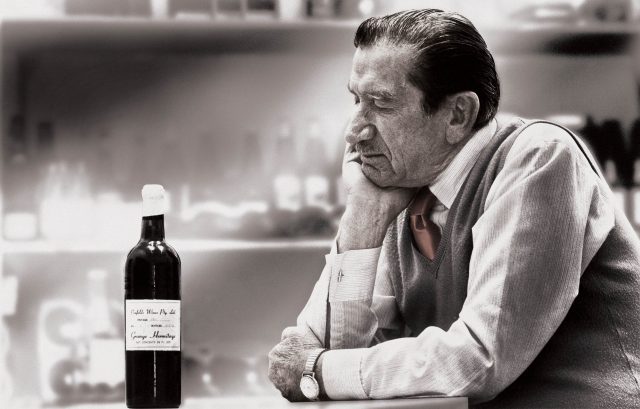 Earlier this month, a bottle of Penfolds Grange 1951 smashed the record for the most expensive Australian wine sold at auction when it fetched AU$142,131 during a Langton’s sale.

It’s the kind of headline that cements Australia’s place at the top table of global fine wine – but that status is now being undermined by a political row between Canberra and Beijing.

The scenario has similarities to the recent transatlantic trade disputes over steel and aluminium imports, and airline subsidies – just as European and American wines and spirits have been dragged into those furores with the imposition of punitive tariffs, so Australian wine has become an unwitting casualty of escalating tensions between Australia and China.

That relationship has been deteriorating for years – almost ever since the signing of the ChAFTA China/Australia free trade agreement in 2015 – but reached a fresh nadir when the Australian government backed calls for an international inquiry into the origins of Covid-19. The fall-out has impacted not only wine imports, but also beef, barley, coal, copper, iron ore and seafood. 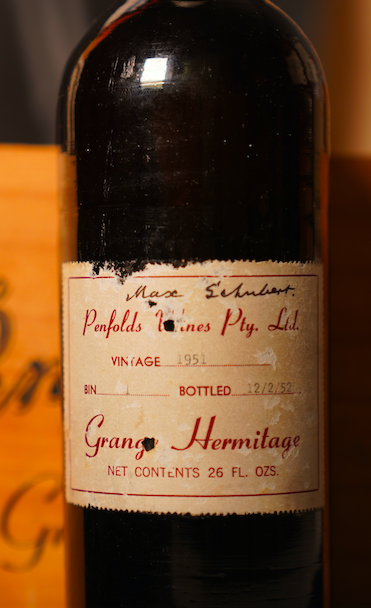 The pretext for the introduction of tariffs – that Australia had been ‘dumping’ wine on the Chinese market, and unfairly subsidising the wine industry – is less important than the swingeing nature of the tariffs themselves: ranging from 107.1-212.1% initially in November 2020, but increasing to 116.2-218.4% in March 2021 (the precise rate varies by brand owner).

The tariffs are due to remain in place for five years. The Australian government has initiated proceedings at the World Trade Organization (WTO) to ‘referee’ the dispute, but this is unlikely to make much difference in the short term – not least because WTO investigations can take up to five years to complete anyway.

The impact of the tariffs has been drastic and immediate, pretty much halting all exports of Australian wine to China (barring some very high-end products). And the knock-on effects, both on individual companies and on Australia’s position in the fine wine firmament, have been predictably dramatic.

The most obvious casualty is Treasury Wine Estates (TWE) and, more precisely, Penfolds. Prior to the tariffs, China contributed a 39% share of Penfolds’ revenues for its high-end Bin and Icon range (and 25% of its volumes).

In fiscal 2020, two-thirds of TWE’s Asia earnings, and 30% of its group earnings, came from China.

Faced with an effective export ban to its most lucrative market, TWE responded with a detailed plan, reallocating high-end Penfolds bottlings, in its own words, to “other key luxury growth markets with unsatisfied demand, including Asian markets outside of China, Australia, the US and Europe”.

By the time the company announced its H1 fiscal 2021 results in February, it was “increasingly confident” about the reallocation of Penfolds’ high-end wines – despite recording a 28% dive in its Asia earnings to AU$127.2m.

“My gut reaction, however, is that for a smaller business focused on lower volumes of high-value wines, then yes – they could potentially more easily pivot to other markets, either in Australia or internationally. However, it is really a business-to-business proposition, and it won’t be that simple for everyone.”

The degree of exposure to China varies hugely among Australia’s winemakers, McLean points out, with many completely uninvolved in the country. “A number of other businesses, however, had built their business models around catering to the China market,” he says. “As you can imagine, these businesses are really struggling.” 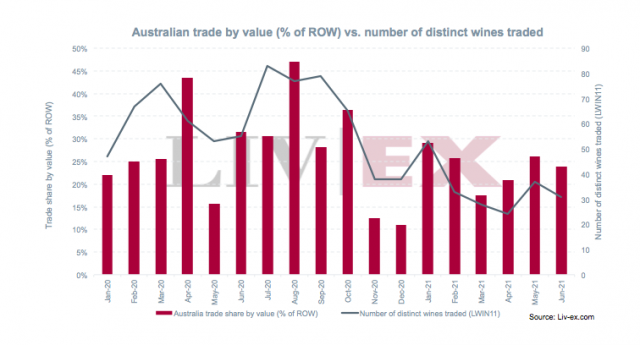 That’s hardly surprising, given the increasing dominance of the Chinese market. In the year to September 2020, Australia’s wine exports to mainland China were worth A$1.17bn, well over double the value of the US (A$436m) and the UK (A$430m).

Beyond reallocation, the options for brand owners are limited. A company of TWE’s scale can, to a limited extent, work around the tariffs by supplying Penfolds’ new California wines (and, soon, French ones too), and by switching the origin of its entry-level Rawson’s Retreat range from Australia to South Africa. If you’re a high-end, provenance-rich Barossa Shiraz, that’s not really an option.

The impact on Australia’s performance in the secondary market has also been notable. In August 2020, Australia accounted for 47% of trade by value in Liv-ex’s Rest of the World 60 index, with more than 80 different wines being traded; by June 2021, its share had plunged to 24%, with only 31 wines traded. The number of trades initiated by Asian buyers fell by 80% between August 2020 and March 2021.

The longer-term consequences of the tariffs are harder to read right now, but it’s clear that the episode has made TWE (and others) recalibrate the market spread of their fine wine allocations, and accelerate the process of ‘delocalising’ brands by exploring other sources of origin – such as California, France and South Africa for Penfolds.

And, whether the tariffs persist for the full five years – or last even longer – there’s a sense that all Australian wine companies involved in China will emerge wiser and a little chastened from the experience of the past year.

“There is no single market, or collection of markets, that can act as a replacement for China,” says McLean. “There is little doubt many businesses are facing a tough few months, and years, ahead.

“While we hope the Chinese market can reopen to Australian exports in the near future, there is little doubt that businesses will be more cautious about future opportunities.”