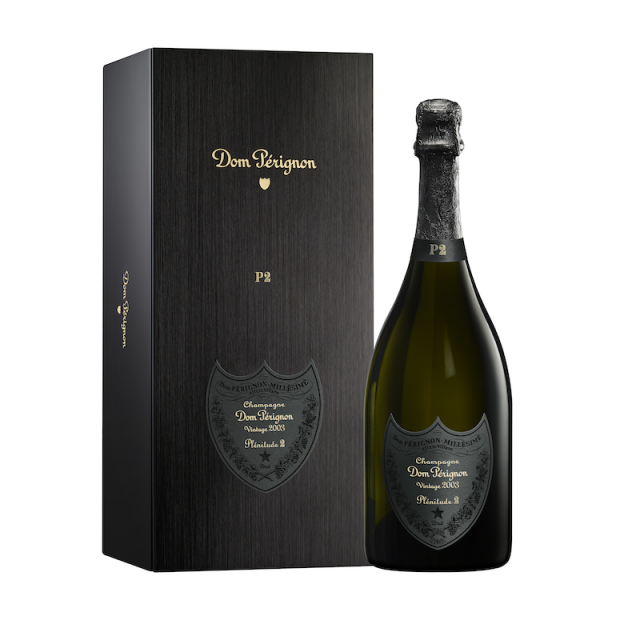 For each vintage and from its inception, Dom Pérignon used to set aside a limited number of bottles in the cellars for longer maturation and declare it as Plénitude 2 or 3 when the potential is elevated.

As one of very few houses to interpret 2003, the vintage recorded a year of brutally tangible climate change. 2003 saw a combination of severe frost in the spring – resulting in the loss of 70% of potential chardonnay grape harvest from the Côte des Blancs – and a scorching August heatwave that imposed the earliest harvest in the history of Champagne since 1822.

According to the house, it took eight years for Dom Pérignon Vintage 2003 “to reach its desired harmony, and a further nine years of elaboration to elevate this vintage to its second life. The elegantly bitter finish of the Vintage 2003 has elongated. The taste persists, lasting as a new saline sensation creates an even more flavourful dimension on the palate.”

After reaching the new plentitude, Vintage 2003 expresses an insolent freshness, with first a taste of dried apricot, then the candied fruitiness of raspberry and fig. Unexpectedly, the freshness of lemon verbena, white pepper, and rosemary rises for an instant, before plunging into the sultry darkness of spices and licorice root. Being called a physical wine, it envelops in a tactile and vibrant embrace.