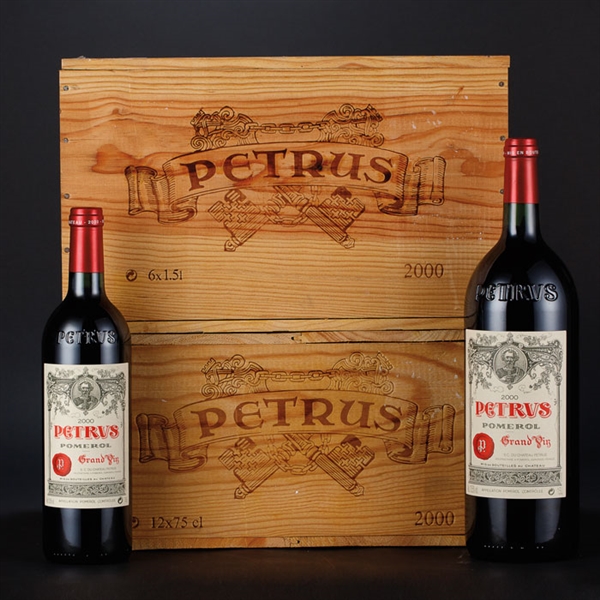 There is also Romanée-Conti in an original wooden case, large format Ornellaia, and the indisputable king of Spanish wines, Vega Sicilia Único.

The consignor of this collection is a successful entrepreneur. He has made a name for himself in the fine wine auction rooms around the world, always with a keen eye for the best provenance, conditions and original packaging.

Followed by the Executive Cellar Part XV, this section contains not only the greatest wines in the world – the First Growths, Petrus, Ausone, Lafite Rothschild, Margaux and Haut-Brion – but also young vintages, such as cases of pristine condition Lafite Rothschild 201, and mature legends, for example, Haut-Brion 1989 and Palmer 1961 and even a vertical of 18 vintages Margaux Ultimate Assortment from the early 1970s to 2000s in a beautiful tailor-made wooden case. There are 1990 DRC La Tâche, Richebourg, Grands Echézeaux and more.

Returning consignment Pioneers V consists of an impressive collection of Cheval Blanc, with dozens of original wooden cases of the legendary 1990, as well as other stellar vintages from the early 2000s. There are also more caseloads of Le Petit Cheval from a slew of different vintages and four cases of 1982 Ausone.

In addition to the 2000 La Tâche, 2000 Romanée-Conti, and 2000 Montrachet, there are also cases of Latour with great provenance and storage. Exclusive collection of DRC, for example DRC’s marc de Bourgogne, is another highlight of the event.

Other rare lots to be featured on the sale are namely Macallan and Laphroaig.

The auction will be held in the format of live bidding on 25 June, starting at 7PM HKT.