A delivery driver has been captured on video having something of a nightmare while attempting to deliver a box containing bottles of wine – which he dropped, leaving unbroken bottles at the wrong address with a handwritten note.

As reported by MailOnline, the delivery driver drops the wine – an incident that was caught on CCTV upon reaching the front door, before chucking the bottles that weren’t broken onto the lawn of the wrong house.

According to the publication, the courier then left a handwritten note card stating that the wine had been left “in the garden”, adding that he was “really sorry”.

The footage was captured in Horsforth near Leeds last week.

Two bottles appear to fall from the bottom of the box the delivery driver is carrying as he drops the wine, smashing bottles on the floor. Attempting to clean up the resulting shards of glass, the delivery driver then tosses the unbroken bottles onto the lawn – with some nearly hitting one another upon landing. 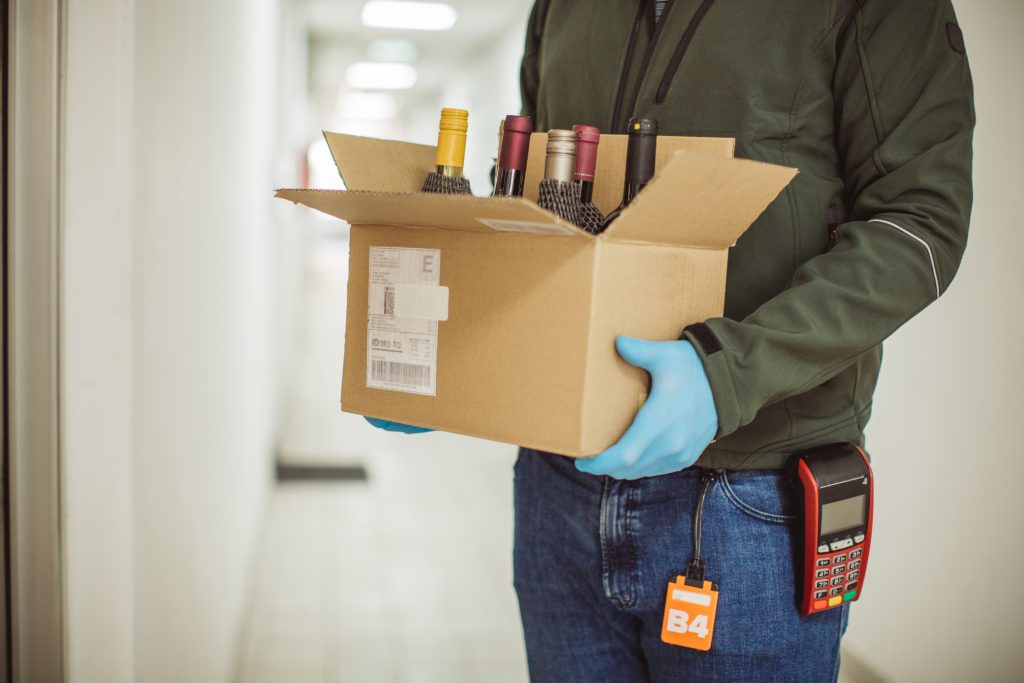 The homeowner, who wished to remain anonymous, told MailOnline that the delivery was not even meant for his house, stating:

“I came home and found glass all over the pavement up to my front door.

“The glass left on my drive could have cut my dog’s paws.

“The wine was not even for me. I am teetotal and haven’t touched a drop since I was pregnant with my son, and he’s 11 years old now.

“There is no name on the delivery docket, so I don’t know who they should have gone to.

“I cannot fathom why the driver thought it would be a good idea to throw the undamaged bottles on to my grass, potentially smashing more of them.”

We previously reported on the story of a takeaway that defended its £130 delivery fee on a woman’s small meal. Read the full story here.