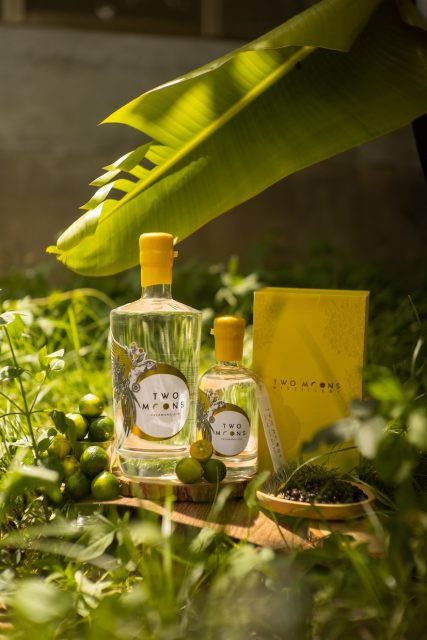 A highly versatile fruit with a crisp balance of sweet and tart, the calamansi used is sourced directly from local Fu Kam Organic Farm in Sheung Shui as part of a farm-to-bottle initiative to represent the quintessential countryside of Hong Kong in the summertime.

Other than the Calamansi, the new gin with a punchy flavour is made of a blend with juniper berries and spruce.

The new Calamansi Gin comes in a 700ml bottle and is now available for pre-order at HK$530/bottle.

It is also available in The Collector’s Edition with a mini 200ml bottle in a box set (HK$228/set) featuring a sachet of artisan sea salt harvested from Hong Kong’s only working salt pan in Sai Kung. It also provides instructions on how to use the gin to make salted Calamansi G&T, as a nod to the hugely popular local thirst-quencher Salted Lime Soda.

Both products are available for pre-order in limited quantities on the distillery’s website now. The gin will be available in selective local stores such as Citysuper and Hong Kong Liquor Store from 2 June.

Meanwhile, the distillery also works with two local bars, namely The Pawn Botanical Bar and The Quinary, from 2 June onwards to create special cocktail experiences for customers to enjoy.