Taylor’s are launching a limited edition ‘priceless’ single harvest port from 1896, one of the finest harvests of the nineteenth century,  it has announced. 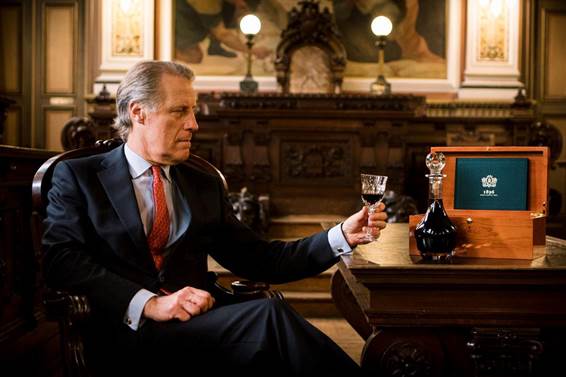 The Taylor’s 1896 Single Harvest Tawny comes from the extensive and valuable reserves of old cask-aged Ports maturing in the company’s cellars in Vila Nova de Gaia, and follows the company’s long tradition of releasing its rare and aged wines as limited editions.

Taylor’s managing director, Adrian Bridge, said the launch of a wine as old, valuable and unique as this one occured “only a handful of times in a generation”.

“It is by its nature, a historic event in its own right, which Taylor’s is proud to share with wine collectors and connoisseurs of rare wines.” he said. “Savouring such a wine is a once in a lifetime experience.”

Only 1,700 bottles of the special 1896 port, which has been aged in hand crafted oak casks, are being produced. They be presented in a bespoke decanter of Scottish crystal and a luxury cherrywood case and be available at specialist retailers just (RRP: £3,950). An allocation will also be offered to select collectors and connoisseurs of rare wines and spirits around the world.

Over the years Taylors has released a number of very valuable, limited edition Ports of great age, including the very rare SCION from 1855 and the Taylor’s 1863 Single Harvest Port, one of the last pre-Phylloxera wines to be offered for sale. The 1896 Single Harvest Port is the latest of these very rare 19th century releases.

The port’s tasting notes say the wine has attained “a magical quality, hard to compare even with the few other wines of similar age that have survived to the present day”.

“Its depth and density are astonishing, even taking into account the wine’s concentration over a century and a quarter of ageing in wood. At first, a rich and seductive redolence of black coffee and liquorice takes centre-stage but a host of other scents and nuances soon emerge from the wings, creating an intricate display of complex aroma. Notes of sawn cedarwood blend with hints of dried rose petal, fennel and eucalyptus. Notes of black pepper and vanilla add a warm spicy dimension. On the palate the wine is dense, round and velvety with impressive volume and concentration, the sweetness balanced by a fresh acidity. Mellow flavours of coffee and butterscotch combine with vibrant notes of orange peel and citrus. The finish is endless, the dense mellow flavours remaining on the palate long after the wine has been tasted,” the notes conclude.