New UK campaign to shine light on the wines of Roussillon

The diverse wines of Roussillon are set for a boost in the UK, with the launch of a new 2021 campaign by the The Conseil Interprofessionnel des Vins du Roussillon (CIVR). 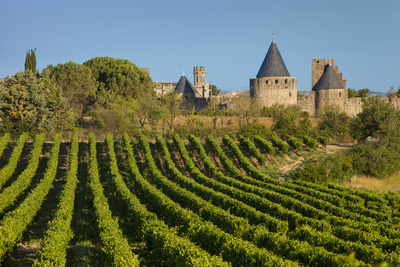 The campaign will comprise a series of events designed to highlight the diversity of the wines in the region and its terroirs, including two masterclasses presented by Rosemary George MW, who has recently published a book on the region. She will explore some of Roussillon’s 14 AOPs and 2 IGPs and lead a tutored tasting of wines and styles that signify the region.

The highlight will be a trade and press tasting in London on 30 June where visitors will be able to meet some of Roussillon’s producers and taste a range of still dry wines and Vins Doux Naturels (VDNs – fortified sweet wines).

The CIVR will also host round tables throughout the year, as well as Roussillon wine and food pairings. A new UK website is also being launch to support the campaign along with a series of newsletters and PR which is being handled by Otaria Communications and Media Ltd.

Eric Aracil, CIVR’s co-director of exports said the team were delighted to be supporting its producers and importers in the UK with a dynamic new campaign.

“Roussillon offers such a diversity of styles, with price points all delivering outstanding quality, that it really deserves to be in the spotlight,” he said.

“We can’t wait to share our stories and show the UK trade and press the recent evolution of our region’s producers and wines.”

Nestled in the South of France between Spain, the Mediterranean Sea, the Pyrenees and the Corbières mountains, the Roussillon is home to unique styles such as Muscat de Rivesaltes, Rivesaltes, Maury, Banyuls and Banyuls Grand Cru, which together represent 80% of France’s national VDN production.