Rising temperatures and hotter vintages are encouraging winegrowers in Tuscany to plant more Cabernet Franc in favour of Merlot and Cabernet Sauvignon, according to Tenuta di Trinoro owner, Andrea Franchetti. 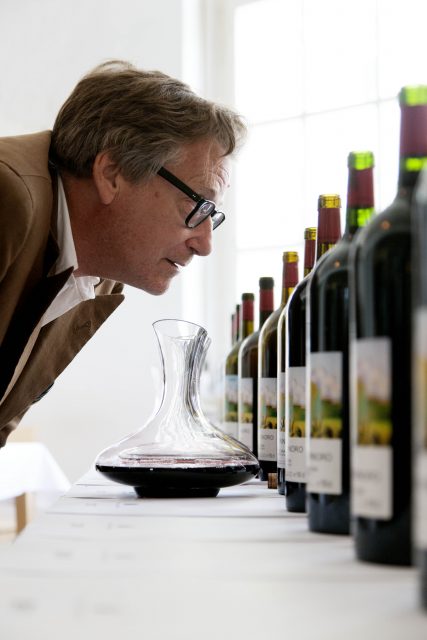 “Cabernet Franc is rich and complex, and the variety is far more durable than Merlot, particularly as it gets warmer in our changing climate. In the 21st century, Cabernet Franc is now substituting the role of Cabernet Sauvignon as the prime red grape for Italy.”

Many of Tuscany’s most expensive red wines, including Ornellaia and Saffredi, are composed of Cabernet Sauvignon/Merlot blends.

Yet according to Ornellaia’s estate director, Axel Heinz, Merlot is increasingly struggling to adapt to the intense heat and drought of vintages like 2017.

“Merlot is undeniably suffering. We have some Merlot planted on sandy soils, which do not benefit from the cooling influences inherent to our higher altitude terroirs, which are closer to the sea,” Heinz said.

He continued: “Climate change has shaped our recent replanting strategy; we intend to reduce the proportion of Merlot in favour Cabernet Franc and Cabernet Sauvignon when we start our next phase of replanting.

“Cabernet Franc has a remarkable capacity to resist even extremely hot weather. It manages to maintain a lot of its aromatic lift and complexity. At Ornellaia it has been key to the success of hot vintages like 2003 or 2009.”

The estate has rented a vineyard planted to Montepulciano, which performs very well in hotter conditions. One day, it could find its way into Ornellaia’s grand vin.