In focus: how Diageo is adapting to market trends

To prosper businesses must adapt to meet changing times and the evolving demands of international markets. We explore how Diageo is changing tack. 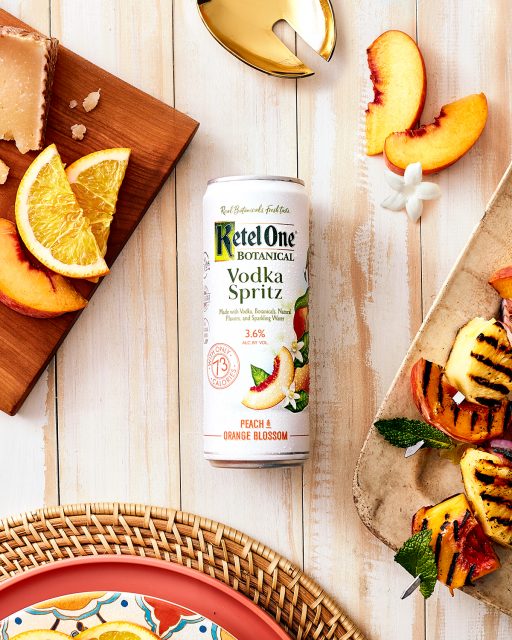 In its determination to remain the world’s premier premium drinks group, Diageo is doing just that as it adds to its portfolio and tweaks its product ranges.

One of the outstanding features of changing consumer preferences triggered as a result of the coronavirus pandemic has been the upsurge in ready-to-drink lines (RTDs).

While the world’s biggest brewer, Anheuser-Busch InBev is spending US$1 billion on new production facilities over the next two years to establish itself in the burgeoning hard seltzer market, Diageo is attacking the new category through a mixture of niche purchases and range expansion.

Only a month ago it bought Texas-based Far West Spirits, producer of the Lone River Ranch Water brand, which was launched just over a year ago and has already generated sales in excess of US$6 million in just Texas and Louisiana.

That is small beer for Diageo whose US sales in the virus-hit second half of last year topped £2.7 billion, but the hard seltzer category is attracting a host of entrants to challenge market leader Boston Beer Co. with its Truly and White Claw brands. Even chef Gordon Ramsay is jumping on the bandwagon with the modestly named Hell’s range.

The headlong rush into the category is unsurprising given that US market research group Grand View estimates that it will grow at an average annual rate of 16.2% and be worth US$14.5bn a year in the US alone by 2027. The category had a retail sales value of more than US$7.8 billion in 2019, according to IWSR figures.

RTDs give Diageo the opportunity to expand the market penetration of its leading spirits such as Crown Royal American whiskey, Smirnoff vodka and Ciroc. It recently announced new RTD offerings for Crown Royal, Tanqueray, Ketel One, and Haig Club.

That is why Diageo is spending US$80m to expand its Plainfield, Illinois plant to provide the capacity to produce over 25 million cases of RTDs per year, including Smirnoff seltzers and the newly launched spirits-based RTD cocktails from Crown Royal and Ketel One Botanicals.

Further inroads to the market (and production facilities) come from last week’s purchase of American whiskey and gin producer Sons of Liberty Spirits Company for an undisclosed sum. That adds the Loyal 9 range of vodka based cocktails to the Diageo portfolio.

On the other side of the world, reports of Diageo pruning its product range in India have not been denied.

When it bought a controlling stake in United Spirits in 2013/14, Diageo took on overnight market leadership in the vast low-margin Indian produced spirits sector.

Now, as part of its drive to move the Indian consumer upmarket to entry-level international brands such as Johnnie Walker, USL is said to have appointed Morgan Stanley to find buyers for brands such as Bagpiper and Old Tavern whiskies as well as White Mischief vodka.

Although neither USL or Morgan Stanley will comment because the Indian company is in the “closed” period of purdah before announcing its latest half-year results next month, a review of the brand portfolio was made public back in February.

At that time, Anand Kripalu, the CEO of United Spirits, said the review “reinforces USL’s and Diageo’s commitment to delivering sustainable long-term growth and improved profitability through a sharpened focus on core Popular and Prestige & Above brands, including international brands”.

The implication was a clear: a drive at USL for improved margins and profitability.

While that is a constant theme throughout Diageo, commentators have noted a weakening of USL’s competitive position in recent years.

While its return on capital employed is thought to be about 16% compared to the beverage industry average of 13%, the trend has been downwards. Five years ago the return is calculated to have been 27%.

So it is not surprising that Diageo wants action, despite USL’s shares gaining over that period.

Structural change at USL is a given but also on the horizon is a potential windfall from a trade agreement Prime Minister Boris Johnson wants to negotiate with India. Johnson was set to travel to India for talks on 26 April, but has now cancelled the trip due to the current Covid situation, and will instead speak to his Indian counterpart, Narendra Modi, online.

According to the Financial Times, a key area of negotiation will be for India to cut its 150% duty rate on Scotch whisky by this time next year.

The high tariff rate on imports is a significant barrier to moving Indian consumers onto higher quality, higher margin international brands. As the biggest producer of Scotch, Diageo would stand to benefit considerably over time from its dismantling with the consequent uplift to USL’s fortunes.