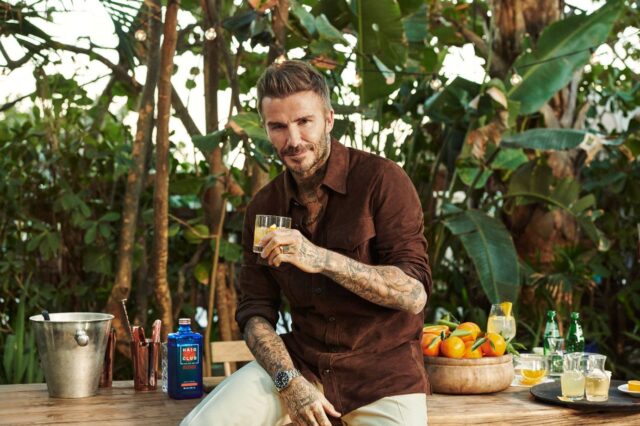 Scotch brand Haig Club has released a new flavoured spirit drink this week called Haig Club Mediterranean Orange, in collaboration with brand partner David Beckham. The 35% ABV spirit will be available in the UK from mid-April across major supermarkets and is designed to be mixed with lemonade.

Beckham said: “Myself and the Haig Club team are continually looking at ways to engage and adopt new consumers to the brand. Developing Haig Club Mediterranean Orange has been in the works for some time now and I’ve enjoyed helping select the final liquid. The orange perfectly complements the signature Scotch notes of Haig Club and it’s a great long drink for summer.” 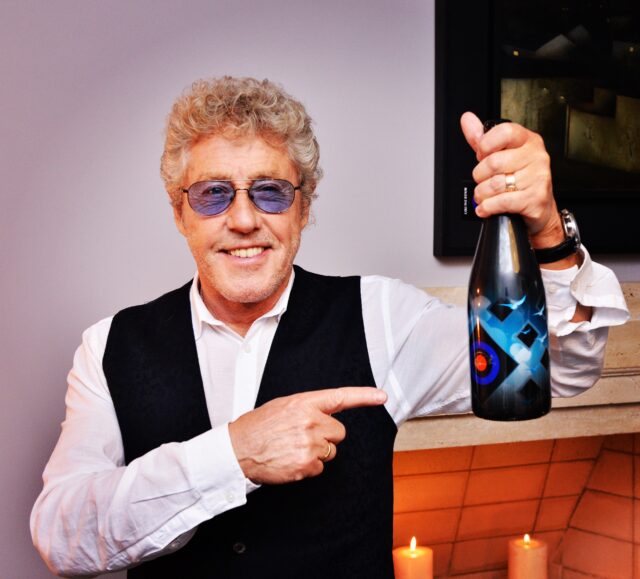 The Who legend Roger Daltrey is encouraging people to celebrate the removal of lockdown restrictions by buying bottles of his limited-edition Champagne Cuvée Roger Daltrey.

Daltrey is a patron of the UK’s Teenage Cancer Trust and co-founded Teen Cancer America with fellow band member Pete Townshend. All of the profits from the sale of the fizz will be donated to Teen Cancer America, after it missed out on multiple fundraising opportunities due to Covid restrictions.

The Champagne was produced by Charles Orban Champagne. Daltrey says: “I am very excited to have the opportunity to express my passion for Champagne through this limited edition cuvée. I hope you enjoy it as much as I do.”

The fizz is available to purchase via Eminent Life for £95. 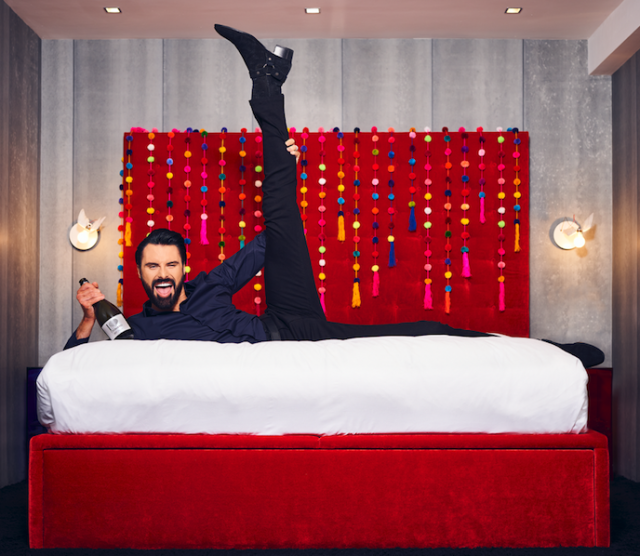 I Heart Wines appointed English TV personality Rylan Clark-Neal as its brand ambassador in the UK this week.

Presenter Clark-Neal will support I heart Wines for 2021 through dedicated advertising and press campaigns, designed to put the brand “at the centre of shared fun times”.

Clark Neal said: “You can’t beat a glass of I Heart, especially when it comes to Saturday night wine time. I’m really excited to be working with such a fun, out-going brand that really makes wine simple and easy. I can’t wait for what’s on the horizon” 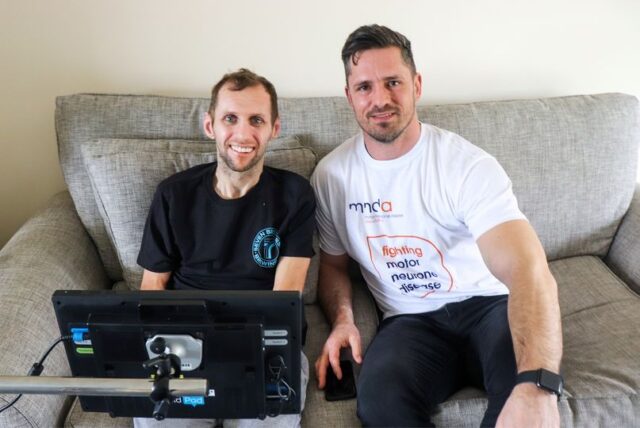 Salford brewer Seven Bro7hers collaborated with Rugby League star and MND sufferer Rob Burrow to launch a charity beer. Unveiled this month and called Roadrunner, the beer is a 5% ABV pilsner, with its can bearing the signature of the former Leeds Rhinos player.

Burrow said: “I’m so proud to have a beer named after me by Seven Bro7hers. The name came from Rugby League commentator Michael Stephenson MBE, he would often refer to me as the ‘road runner’. I’m thrilled that some of the people suffering from MND will be able to benefit from the proceeds of this beer.”

Former England Rugby League star Nathan McAvoy of Seven Bro7hers said: “To us Rob is one in seven million, an amazing player and family man, doing a fantastic job to raise awareness in the fight against this awful disease. It has been an honour to collaborate with Rob to bring to life his sporting legacy on the can. It is hard to not be incredibly moved by his story, and we hope everyone supports the beer as all proceeds will help to tackle MND and fund research for cures.” 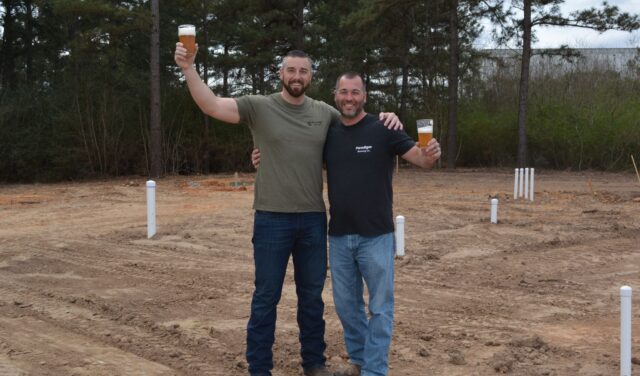 Co-owners of a new Texan brewery Josh Schwaiger and Chris Juergen have revealed the name of their project: Paradigm Brewing Company.

Work on the 10,500 sqft brewery and restaurant in Tomball, Texas started last month. Schwaiger brings his experience from sales, marketing and distribution roles at Karbach Brewing, Coca-Cola and PepsiCo to the new venture.

He said: “The foundation of my professional experience and training in distribution are with two of the largest beverage manufacturers in the world. That foundation has provided substance for the creation of our marketing and distribution strategy to launch the brand at retail. Chris and I are thrilled to launch this project together. With our combined industry background, education, and core beliefs, we hope to establish a brand that not only engages customers, but provides consumers an educational opportunity unlike any other.” 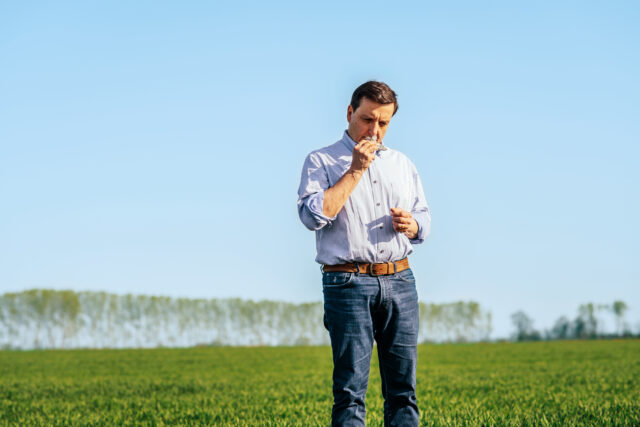 Gin brand Bombay Sapphire has announced this week that all 10 of the botanicals used in its classic gin are on track to be certified sustainable this year. Eight out of its 10 suppliers are already certified according to For Life standards, while the grains of paradise from Ghana and liquorice from China are to be certified in the coming months.

Brand owner Bacardi has set itself the goal of sourcing all of its key ingredients from sustainable suppliers by 2025.

Ivano Tonutti, the brand’s master of botanicals, said: “We take a 360-degree approach to sustainability. It’s our responsibility to care as much about the farmers and their communities as we do the botanicals they grow and harvest for Bombay Sapphire. By looking after their well-being and investing in sustainable farming practices, we are helping to protect the environment and their livelihoods for generations to come.” 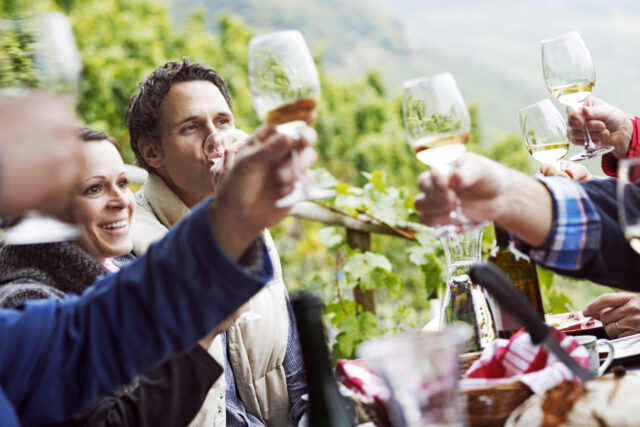 The ‘wine culture in Germany’ has been included in the latest register of intangible cultural heritage, which is published by UNESCO.

Commenting on the recognition, managing director of the German Wine Academy, Monika Reule, said: “We are overjoyed and, together with all the supporters of wine culture in Germany, are very happy about this decision. This honours the achievements of the people who bring wine culture to life and develop it further. We are sure that with the inclusion in the national register of intangible cultural heritage, these efforts to preserve our wine as a cultural asset along with its cultural landscapes, will gain even greater public awareness and the appreciation they deserve.” 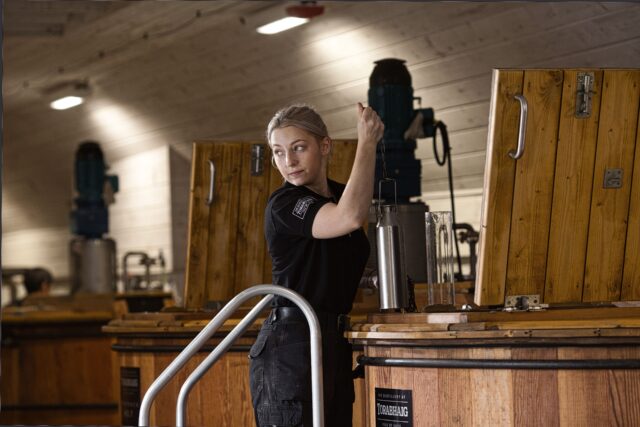 Online whisky subscription service Craft Whisky Club announced a partnership with the Isle of Skye’s Torabhaig Distillery this week. New subscribers to its service between 15 March and 31 March will be added to a lottery to gain access to additional bottles.

All Craft Whisky Club’s existing members will receive the Torabhaig Legacy 2017, which has sold out in other channels.

Founder David Nicol commented: “We set out to discover the new classics and we feel we are helping to achieve this with each release we are featuring, but with Torabhaig, we believe we have acquired a real scoop. We would like to say a big thank you to all our loyal UK customers, we really hope you enjoy this one.” 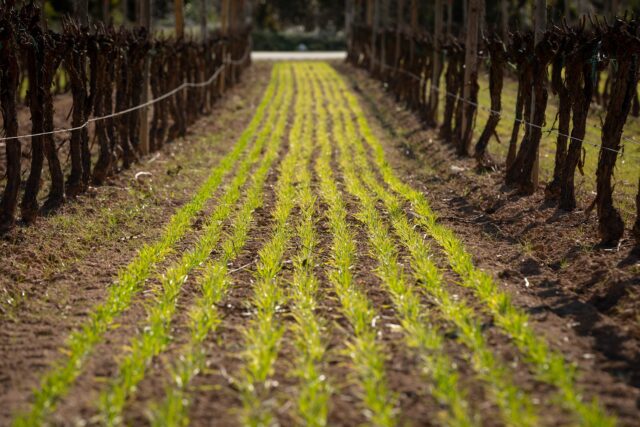 Spanish winery Jean Leon is collaborating with the Ecological and Forestry Applications Research Centre (CREAF) to determine the potential of vineyard soil to absorb atmospheric CO2 and reduce emissions. The duo have committed to a three-year carbon sequestration study which is being conducted in one of Jean Leon’s organic vineyards in Penedès. The goal is to establish which type of cover crop is able to retain the most amount of carbon in the soil. 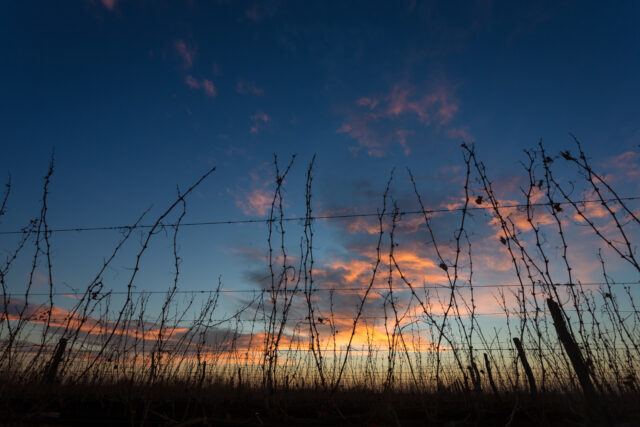 London-based distributor Bancroft Wines has announced the addition of Argentine winery Finca Decero to its portfolio. Previously imported by Berkmann, Finca Decero is based in Agrelo, a sub-district of Lujan de Cuyo in Mendoza. The estate makes wines from Malbec, Cabernet Sauvignon, Syrah, Petit Verdot, Cabernet Franc and Tannat and produces wines under labels including Decero’ and The Owl & The Dust Devil

Nick Mason, buyer at Bancroft Wines commented: “We are very delighted to be working with Finca Decero. These hand-made, higher altitude, single vineyard wines have beautiful depth of fruit, definition, and stylish grace. They are a great example of what can achieved ‘de cero’ (from scratch) and are produced in a proactively sustainable way.”

And finally, the drinks business is delighted to reveal that the winner of its competition to win a free case of Trivento Golden Reserve Malbec is Anne Swain of Banbury, Oxfordshire. If you want to find out more about the wine, check out our interview with head winemaker Germán Di Cesare and communications director Victoria Acosta here.