In restaurant news: the UK restaurant market is expected to grow by almost a third this year, a report finds test and trace data from restaurants was barely used, and hospitality in Texas reopens at full capacity. 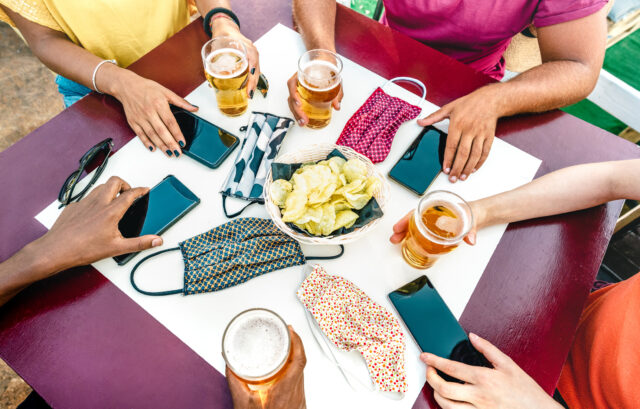 Value of UK restaurant sector expected to grow by a third: According to its latest report, analyst Lumina Intelligence has forecast that the UK restaurant market will increase by 32.1% to £11.7 billion this year. It follows a tough year in 2020 which saw the sector contract by 53.1% to £8.9bn. Its predictions are based on the current roadmap to recovery, which sees all restrictions on social contact removed by 21 June.

Hospitality test and trace data from restaurants ‘barely used’: Data obtained by Sky News shows that test and trace data collected from pubs and restaurants was ‘barely used’. The reports finds that the £22bn service failed to use much of the data to send alerts or for contact tracing, meaning that “thousands of people” were not warned that they might be at risk of catching the virus.

Yorkshire-based restaurant group bought out of administration: Yorkshire-based restaurant group Fazenda has been bought in a pre-pack sale by the Southern Wind Group. The new company will keep the group’s sites in Leeds, Manchester, Liverpool and Edinburgh open, however outlets in Birmingham and Chester will close resulting in the loss of 69 jobs.

UK steakhouse chain denies bullying claims: Steakhouse restaurant group Tomahawk has rejected claims made by the GMB Union that it forced furloughed staff to loan it part of their wages or face the sack. The restaurant does not deny asking staff to loan it money, however has refuted accusations that it compelled them to do so. The restaurant said: “At no point has Tomahawk Steakhouse suggested that members of staff would be sacked if they did not sign a loan agreement.”

Restaurants in Texas to reopen: The US state of Texas has said that indoor dining establishments can return to 100% capacity and masks will no longer be mandated from 10 March. Governor Greg Abbott said: “It is now time to open Texas 100%.”

Hotel and bar group Zetter sold to hospitality investor: London hotel and bar group Zetter has been sold to hospitality investor Orca Holding. The sale includes the Zetter Hotel and the The Zetter Townhouses in Clerkenwell and Marylebone. Orca hopes to grow the brand and open more sites in London as well as other cities in the UK and Europe including Paris, Madrid and Amsterdam.

Golden Vines Awards launched: Fine wine research and content company Liquid Icons, which was founded by the late Gerard Basset OBE MW MS and his friend Lewis Chester, has launched The Golden Vine Awards and fundraising event to support diversity and inclusion across global wine education. Having partnered with the Birley Clubs, the ceremony will be held at London’s Annabel’s club on 7 October and will recognise the “star performers of the fine wine industry”.

New York restaurant workers tips decline due to Covid: A report by One Fair Wage has found that 59% of restaurant workers in New York city said their tips fell by at least 50% since the start of the pandemic. 65% believed that this decrease was as a result of enforcing extra safety protocols.

London’s Kricket restaurant grew during pandemic: According to a report in The Telegraph, London restaurant Kricket has revealed its business has actually grown in size since the start of the first lockdown last year. Co-founder Will Bowlby said the business had hired more people and had been able to hold onto staff employed prior to Covid-19 as a result of its successful meal boxes.

El Pastor to take on former HIX site in Soho: Mexican eatery El Pastor is to open a new site in the form HIX Soho oulet in London. The founders say the deal is the result of long-term goal to open a site in the Soho area.

Schofield’s Bar Provisions launches: Bartender brothers Joe and Daniel Schofield are set to launch a new delivery and takeaway bar service ahead of the opening of their new bar in Manchester in late spring. The service will include bottled cocktails, wine, coffee, and cheese & charcuterie boards. Daniel was previously assistant bar manager at London’s Coupette, while Joe is the creative director at London vermouth brand Asterley Bros.

£3 million plant-based restaurant and rooftop bar to launch in Leeds: A new £3 million plant-based rooftop bar and restaurant called The Green Room is set to open in Leeds this summer. The project is the result of a collaboration between young entrepreneurs Will Habergham and Pj Gardner, who have spent the past decade working in the clubs, events, music and festivals sectors.