Following Brexit, the UK has been welcomed as a full member of the International Organization of Vine and Wine (OIV), by the organisation’s director general Pau Roca. 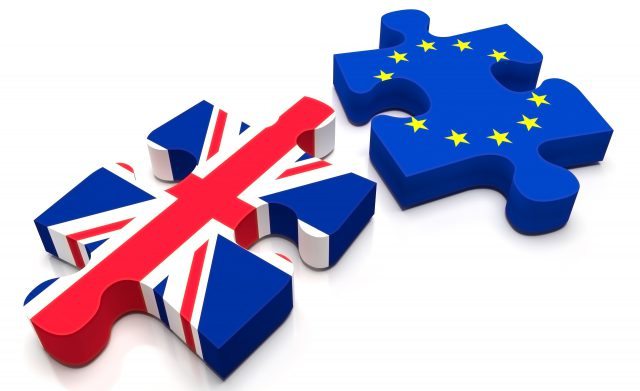 In a recorded statement over the New Year, Roca toasted the UK re-joining the organisation with a bottle of English sparkling wine, noting that the UK was one of the largest wine markets in the world and although only a small player in terms of production, it had seen “exponential growth” in recent years, particularly of sparkling wines.

“In recent years, the English fields have been covered with vines… The production for wine is the production of wine in the UK is relatively small, but the growth potential in recent years has been exponential, especially for what concerns the production sparkling wine, an increase of warm temperatures and chalky terroir,” he said.

He noted that the UK had ranked tenth in the list of largest wine markets in 2019 and although it was currently suffering from the Covid 19 crisis in its capacity as an international platform for wine, he said that it would recover in the future.

The organisation, which now has 48 members represent around 80% of the world’s wine production, and it is recognised as the reference body for technical regulations in the EU.  The UK had previously been a member in its own right, but withdrew from the OIV in 2005 over costs, although as part of the EU it had enjoyed being part of the EU’s ‘special status’. The EU is not a member in its own right, but its ‘special status’ as an international intergovernmental organisation allowed it to attend meeting and intervene, with the EU directly incorporating OIV resolutions into EU law.

A government document published in September 2019 laid down the UK’s committment to rejoining the OIV which was first mooted in 2016, putting the cost of membership at around £30,000 a year, although it pointed out that in the event of a ‘no-deal’ Brexit – which appears to have been narrowly avoided – the UK would not have any access the OIV for at least seven months.

Following the Brexit vote in 2016, various UK industry bodies and wine experts and academics had argued for the UK to rejoin the OIV, arguing that this would make up for the UK not being part of the EU Wine Management Committee once it leaves the EU. They said the UK needed to play a part in constructing rules governing a trade of global importance, given the size and importance of its wine market.

In her keynote speech at the International Cool Climate Wine Symposium in Brighton in May 2016 wine heavyweight Jancis Robinson had warned that not being a member would risk the UK’s fledgling wine industry being “marginalized” as a wine-producing country, and give it “no voice whatsoever” in international negotiations and regulations.

Speaking to the drinks business in 2016, the then chief executive of the UKVA (the forerunner of WineGB), Barry Lewis said it was a “critical” to ensure Britain’s interests were represented when technical standards relating to vines and wines are ratified and ultimately applied internationally.

“In a post-Brexit world OIV membership will take on heightened importance for our industry,” he said.

Speaking this week, current CEO of WineGB, Simon Thorpe, CEO welcomed the move, saying the organisation had lobbied the government for this over a number of years.

This is a very fortuitous and timely move; with the new UK-EU trade deal following Brexit, the UK is effectively committed to follow OIV recommendations on permitted practices and definitions. Sitting as an OIV member will ensure that as we move forward we will be able to ensure our voice is heard as a wine producing nation in our own right,” he said.

OIV membership only “half the picture”

However Miles Beale, chief executive of the Wine and Spirit Trade Association added a note of caution. Although he welcomed the news, noting that “as a rapidly growing producer of wine it is right that UK should be represented and have its say”, he argued that OIV membership was only “half of the picture” for the UK’s wine industry going forward.

“Now that the UK has left EU it is also vitally important that Britain joins the World Wine Trade Group (WWTG) [with its different membership], to help cement the UK’s position at the centre of the global hub for wine trading.”

The WWTG is a group of government and industry representatives from the wine-producing countries including Argentina, Australia, Canada, Chile, Georgia, New Zealand, South Africa, the United States, and Uruguay which operates to facilitate the international trade in wine through information sharing, discussion of regulatory issues in wine markets, and joint action for the removal of trade barriers.

Beale previously told the drinks business that the rejoining the WWTG was a priority, as it was a “unique” organisation with sees both government and commercial interests sitting around the same table, where everything could be done including free trade deals with third party countries that could improve on the current status quo – and the UK already has a foot in the door, having been an industry observer at WWTG since 2016.

“If we could have an agreement on principles for Free Trade Agreements (FTA) on wine, and although those would have to be specified to each country, you could get a long way on just what a new third country free-trade agreement would look like, just through that one group,” he told db in 2017.