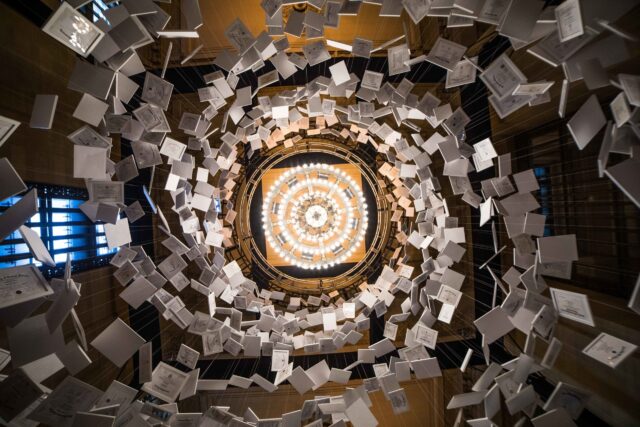 Beer brand Natural Light installed what it claimed was the “most expensive piece of art in the world” in New York’s Grand Central station to highlight the rising cost of a college diploma and the impact of college debt. Entitled Da Vinci of Debt, the piece was created using 2,600 authentic diplomas donated by college graduates across the country. Based on the cost of each diploma achieved through four years of university education, the beer brand estimates the piece is worth some US$470 million. 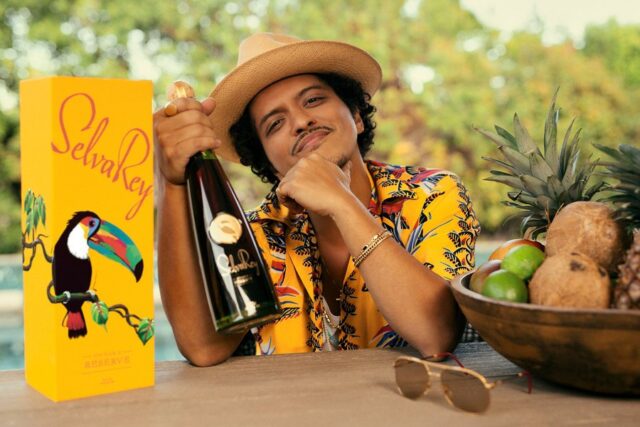 American singer Bruno Mars’ rum is flying off the shelves. This week it was announced that Owner’s Reserve, the most expensive bottling in his relaunched rum brand SelvaRey, sold out in just two hours. The US$150 Panama-distilled, single estate rum is made from a blend of rums aged between 15 and 25 years. 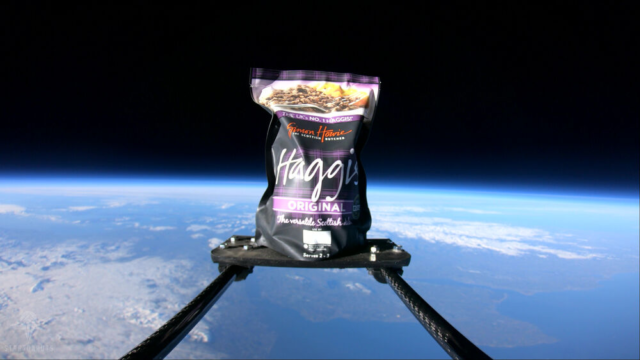 As Scotland prepares to celebrate Burns Night with a dram or two, one haggis producer is taking things to new heights. Scottish butchers Simon Howie launched the first haggis into space. During its voyage, the haggis took off from Simon Howie’s headquarters in Dunning, before flying over Stirling, Falkirk, Edinburgh, and the Pentland Hills before landing safely in Lauder. 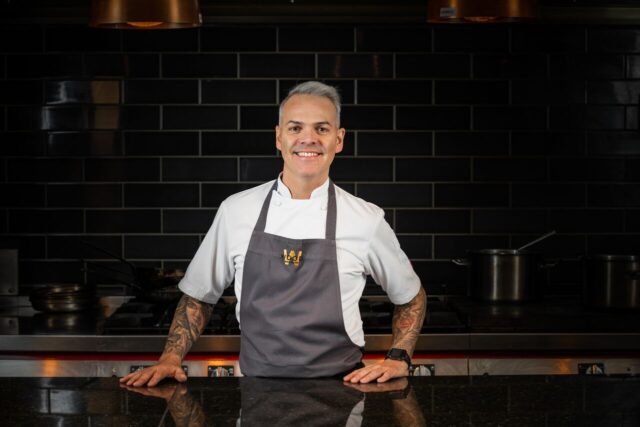 Former MasterChef champion Simon Wood has launched a new website for his Feeding Families recipes. The chef has teamed up with communications agency Down At The Social to launch an initiative called #FeedingFamiliesFor30. Wood aims to show what £30 worth of food from a supermarket should look like, and has devised a series of recipes to inspire those cooking at home.

Wood said: “It’s been incredibly heartwarming to see the reception of me posting these recipes on my social channels, with everyone getting stuck in and recreating them at home. Knowing that food banks are now offering them out alongside food parcels is something I’m really proud of, we just wanted to provide a solution to families and individuals who have limited resources but want to eat well.

“Launching this website means we can extend the reach and allow more people access to quick and easy recipes using just basic, cost effective ingredients. What Marcus Rashford has started has been incredible and now we must all do our part to ensure that vulnerable children across the country do not go without.” 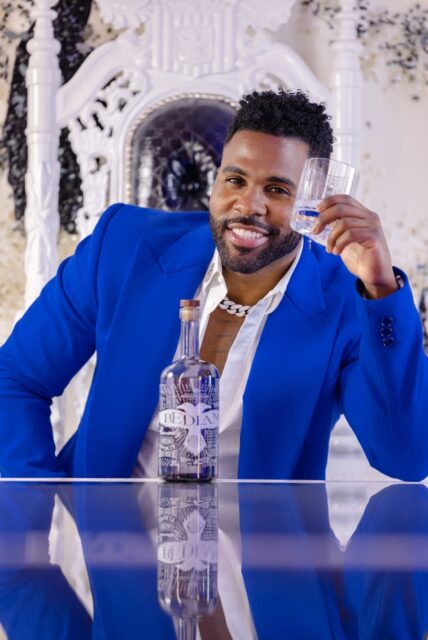 Singer-songwriter Jason Derulo has joined the team at North Carolina-based Graybeard Distillery, becoming a partner of the company in a role which will see him lead the branding of Bedlam Vodka.

“Teaming up with the executives of such an amazing brand and being able to be an integral part of the marketing team was a no-brainer for me,” Derulo said.

“It’s a unique vodka and the smoothest I’ve ever had. I want to help introduce people all over the country to Bedlam so they’re able to cheers with me.” 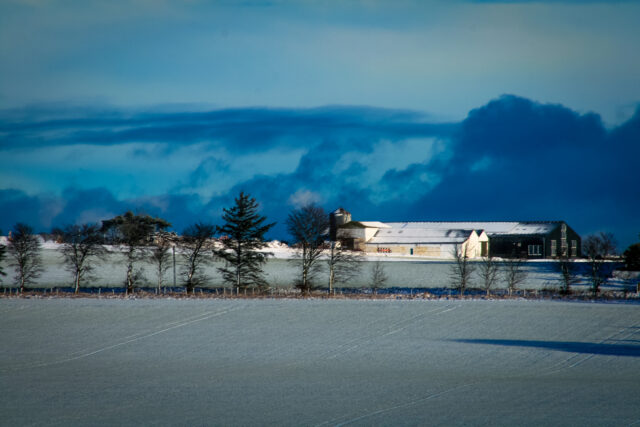 Arbikie Distillery in Angus is celebrating a lucrative new deal with spirits distributor Spun Spirits in Singapore. The new partnership sees it distribute its new 1794 Highland Rye, which it will be rolling out to more markets this year. The Scottish rye is matured in virgin American oak casks that have been charred to impart their distinctive flavour. 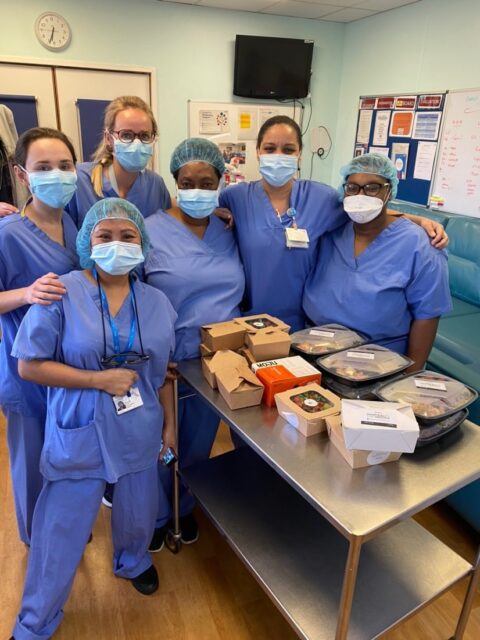 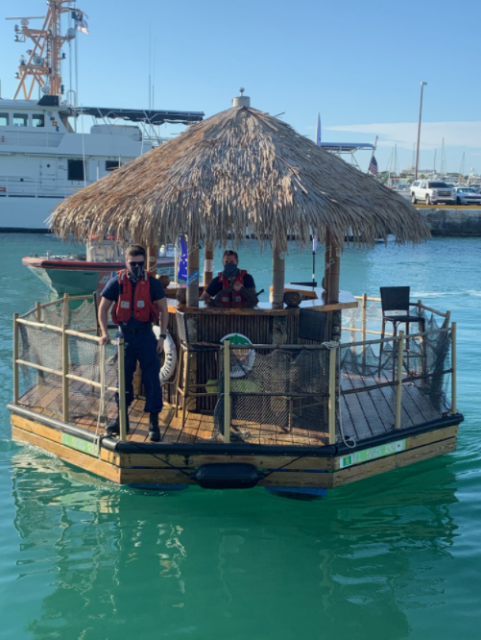 And in other news a man was arrested in Florida for stealing a floating tiki bar after he was found slumped over the wheel off the Florida coast. Tyln Earl Morlang, 26, of Independence, Missouri was found by the US coastguard in the stolen bar, which he had taken from operator Cruisin’ Tikis. He was arrested and later charged with grand theft with damage over US$1,000, as well as resisting arrest and giving false ID to authorities.

It was announced this week that Liberty Wines has been appointed UK agent for grower Champagne producer Pierre Péters. The domaine is based in Le Mesnil-Sur-Oger, in the heart of the Côte des Blancs, and was one of the first grower producers to start selling its own Champagnes in 1919. Managing director of Liberty Wines, David Gleave MW, said: “Pierre Péters is one of Champagne’s most famed growers and we are thrilled to be able to offer the wines to our customers. The domaine’s blanc de blancs Champagnes are widely regarded as among the finest produced in the region and complement perfectly our already strong Champagne portfolio.”