Liberty Wines has been appointed UK agent for grower Champagne producer Pierre Péters, which has gained a reputation for the quality of its blanc de blancs.

The domaine is based in Le Mesnil-Sur-Oger, in the heart of the Côte des Blancs, and was one of the first grower producers to start selling its own Champagnes in 1919.

Sixth-generation winemaker Rodolphe Péters took over the running of the estate from his father François in 2008, having been involved in the blending since 2000. He initiated the house’s ‘perpetual reserve’ of reserve wines in the late ’90s and practices minimal intervention in the winery.

Péters believes that “a good winemaker must listen to his raw materials”, trusting the quality of the soils of the Côte des Blancs to bring a natural tension in his wines. 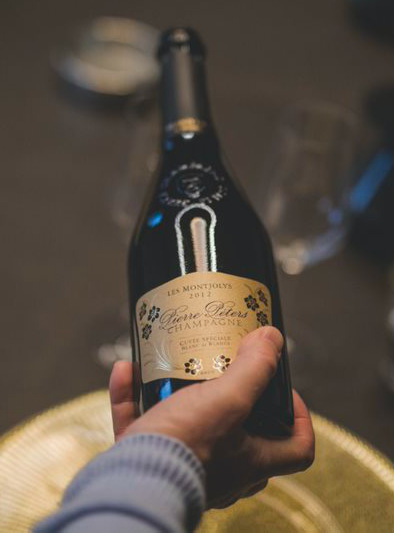 The domaine owns 82 plots over 20 hectares of sustainably-managed vineyard, including 16 hectares within the Côte des Blancs, primarily in Le Mesnil-sur-Oger, where the soils range from limestone to silex.

“Pierre Péters is one of Champagne’s most famed growers and we are thrilled to be able to offer the wines to our customers.

“Having built a very solid platform for UK distribution over the past few years, we feel Liberty Wines is a strong partner to continue FM&V’s good work,” Max Lalondrelle, managing director for fine wine buying at Berry Bros. & Rudd, said.

“The relationship that Berry Bros. & Rudd has developed with Rodolphe means we will continue to have direct access to Pierre Péters Champagnes for our private customer business,” he added.

The price of a six-bottle case of sought after vintages of Pierre Péters Les Chetillons has increased by 100% at Bordeaux Index in the last three years alone, proving how powerful certain grower Champagnes have become.

“Pierre Peters’ wines are magnificent. Rodolphe is one of the most talented winemakers in the world, and his single vineyard Les Chettions is becoming increasingly popular with high-end restaurants and investors.

Pierre Péters is behind Hollywood star Brad Pitt’s new rosé Champagne, Fleur de Miraval, which is ambitiously priced at £290 a bottle. Just 20,000 bottles of the inaugural release have been made from a blend of 75% Chardonnay from Le Mesnil-sur-Oger and 25% Pinot Noir.

The Chardonnay within the blend comes from a number of vintages. The fizz is aged for three years on its lees and is housed in a lacquered bottle to prevent light strike.

According to Rodolphe Péters, the “subtle pink” rosé boasts “tangy notes of red currant and red raspberry” along with a “delicate minerality and salinity” reflecting the “iodised expression of the Chardonnay grapes”.