The UK is breaking with the EU and has vowed to lift levies resulting from a 16-year dispute over aviation subsidies, and it is hoped this will encourage the removal of US tariffs on wine, Scotch whisky and liqueurs. 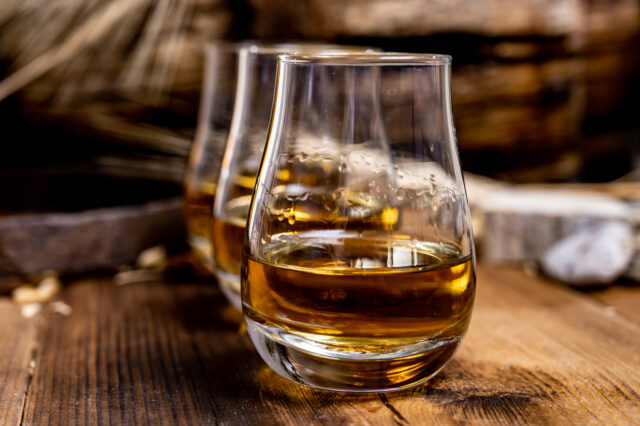 The UK government has announced the suspension of its retaliatory tariffs resulting from dispute involving subsidies given to European aviation giant Airbus over US rival Boeing. It comes as the UK pursues a post-Brexit trade deal with the US.

The government said it hoped the move would “bring the US towards a reasonable settlement and show that the UK is serious about reaching a negotiated outcome”.

However UK tariffs on US steel will be rolled over at the end on the transition period on 1 January in response to what the government calls “unjustified Section 232 tariffs imposed by the US on aluminium and steel imports”.

International Trade Secretary Liz Truss said the aim was to “de-escalate the conflict and come to a negotiated settlement so we can deepen our trading relationship with the US and draw a line under all this”.

“We are protecting our steel industry against illegal and unfair tariffs – and will continue to do so – but are also showing the US we are serious about ending a dispute that benefits neither country,” she said.

US imposed tariffs on US$7.5 billion worth of EU goods, including 25% levies on drinks including Scotch whisky, liqueurs and wine (not over 14% ABV) made in France, Germany, Spain and the UK, in October 2019 as part of the aviation dispute. The EU recently announced retaliatory tariffs on US goods worth US$4 billion, including a 25% levy on imports of US rum, vodka, brandy and vermouth.

The tariffs have been condemned by drinks industry groups on both sides of the Atlantic.

It is estimated that since the US tariffs were imposed, exports of Scotch whisky to the US have fallen by 34%, liqueurs and cordials by 28% and wines by a whopping 54%.

Chief executive of the Scotch Whisky Association (SWA), Karen Betts, called the move a “very encouraging step” that was welcomed by the association.

“It shows the UK government’s determination to de-escalate the damaging transatlantic trade disputes that have seen Scotch Whisky exports to the US fall by over 30% in the past year. We now call on the US government to reciprocate by suspending the tariffs on UK goods stemming from the Airbus/Boeing dispute, so that industries in the UK and the US affected by this dispute can once again trade freely,” she said,

Betts also suggested that should the US remove its Airbus tariffs on Scotch, it could justify the UK removing 25% tariffs on US whiskey, which were imposed by the EU in June 2018 in retaliation to a 25% US tax on imports on steel.

Betts added: “Moves such as these pave the way for both governments to intensify efforts to reach a final resolution to both the Airbus/Boeing and steel and aluminium disputes, which have caused real disruption to businesses and raised costs for consumers in both countries. We hope that this marks the beginning of the end of trade tensions with the US.”

Miles Beale, chief executive of the Wine and Spirit Trade Association (WSTA) said he also hoped the move would have wider implications.

“We hope that this will result in all the wine and spirit re-balancing tariffs being removed, allowing UK and US trade to return to normal,” he said. “The WSTA, supported by the Secretary of State for International Trade, Liz Truss, have long argued that the tariff war shouldn’t be extended to sectors beyond those directly involved in the dispute.

“We hope that this step will be welcomed by the US and act as a catalyst to solve not just the aircraft related disputes but also provide space for the UK to be removed from the 232 Steel Tariffs and ultimately allow us to see a return to tariff free trade in US Bourbon and whiskies, as well as all UK wines and spirits.”