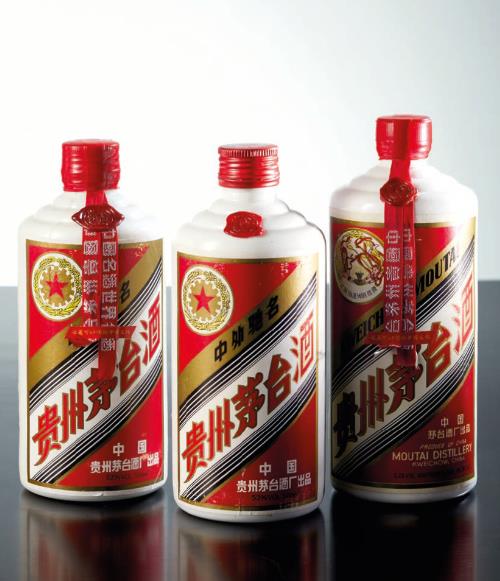 AB InBev is priced at £76 billion, Diageo at £70 billion, Pernod Ricard at £37 billion and Constellation at £31 billion, a combined total of £214 billion.

But stunning rises in share values in Shanghai and Shenzen over the past two years has catapulted China’s two biggest distillers to the top of the international league table. Together, they are valued at a monumental £375 billion.

Kweichow Moutai, whose baijiu shot to international statue when Chairman Mao Zedong served it to President Nixon at their famous Beijing banquet in 1972, is now valued at more than £210 billion, while rival Wuliangye Yibin weighs in at about £150 billion.

So far this year Kweichow Moutai has appreciated by more than 50% on the Shanghai stock market while on the Shenzhen exchange Wuliangye Yibin’s shares have more than doubled. In 2019 Moutai’s share price rose by 100% and Wuliangye’s by 161%.

It was only three years ago that Moutai eclipsed Diageo, which was then the world’s most valuable drinks company. Yet Moutai, despite its long history, was formally launched to public investors only in 1999.

Baijiu is China’s staple spirit with Moutai the choice of the elite (a bottle sells in London specialist stores for about £350).

Such is the company’s exalted value that its shares now trade at almost 50 times this year’s projected earnings. Other consumer-staple companies in the CSI 300 Index of Chinese stocks are priced at 31 times earnings, or 50% higher than their 10-year average, according to Bloomberg.

Sudden and stratospheric rises in valuations always give analysts pause for thought.

But An Yaze, an analyst at CSC Financial in Beijing, was recently quoted as saying about the alcohol sector: “Industry sentiment will remain rosy for at least another year, with earnings growth being certain and on good track. The trend will not be altered so that consumption upgrades will benefit the leading players.”

China was first into – and first out of – the coronavirus pandemic and because its affluent middle class consumers were largely untouched by it, their spending power has held up.

Highly significant, however, is the fact that the numbers of those in the middle class are expanding exponentially and they are demanding top quality baijiu as a demonstration of their new-found prosperity.

Thus investors in Kweichow Moutai and Wuliangye Yibin believe they are backing winners because the demographics and expanding economy are in their favour.

Much of this year’s growth has come on the back of China’s sustained rebound from the historic slump in the first quarter. The economy has thrived on growing domestic consumption despite many industrial sectors being closed temporarily.

According to figures from Haitong Securities and Wanhe Securities, distillers’ profits grew by 9.7% in the first nine months of this year compared with all other sectors traded on Chinese mainland stock markets, which fell by an average 6.6%.

Despite the strong marketing push behind international spirits such as Scotch and Cognac over the past 15 years or so, baijiu remains the dominant spirit on the Chinese domestic market. A commodity brand can cost as little as a can of beer while a bottle of the highest grade of Wuliangye retails for US$3,375.

So just as the global spirits companies gear their marketing to premiumise their ranges and encourage drinkers upmarket to better quality products with higher profit margins, their Chinese rivals are doing exactly the same but they are building on an enormously wider consumer base.

It is estimated that 11 billion litres of baijiu were sold in 2019, more than the total of whisky, vodka, gin, rum and tequila combined, equating to a litre and a quarter each for every man, woman and child living today.

Wholesale prices of Kweichow Moutai and Wuliangye brands are rising steadily and are backed by ample stocks of maturing spirit, according to China International Capital Corp (CICC).

Further, because Beijing is expected to continue its relaxed monetary policy for at least the next year to boost the economy, there is good reason to believe that the bull run on China’s stock markets will continue at least well into next year.

Central China Securities believes it is it is premature to call the peak on liquor producers’ share prices, as valuations are not likely to contract significantly. For his part, Yu Chi, an analyst at China International Capital Corporation, believes the country’s distillers could easily double their profits in the next four or five years.

“At 40 times estimated 2021 earnings, their stock prices are not anywhere near bubble territory,” he said.

“The core logic of the bull run on liquor stocks over the past five years has remained unchanged. High-end liquors will continue to gain market shares and deliver sustainable and secure growth.”

It looks as though Kweichow Moutai and Wuliangye Yibin will remain at the top of the distillers’ global league table for the foreseeable future.