US auctioneer Hart Davis Hart has finished its 2020 season with a “record shattering” two-day sale featuring the wines from the cellar of the late Joseph Phelps. 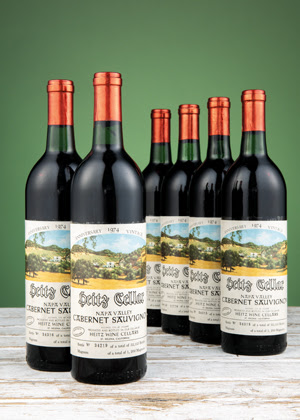 The entire collection was 100% sold for a total of US$10.4 million – nearly $2m above the pre-sale high estimate – with 82% of the lots offered selling above their high estimates as well.

The following day the sale continued with more fine and rare wines including another large private collection.

Paul Hart commented: “2020 has been a year unlike any other and we are incredibly grateful to our bidders and consignors who have continued to support HDH. We remain to be the top choice for collectors to represent cellars of incredible quality. HDH continues to be innovative to support the global demand for fine and rare wine, and we are pleased to bring superior collections to market.”

The auction house continues to be a driving force in the US market and made saw sales of $59m over its nine sales this year.