The business of premiumisation

How do you turn a commodity into a luxury? That is the holy grail wine and spirit groups are seeking constantly. 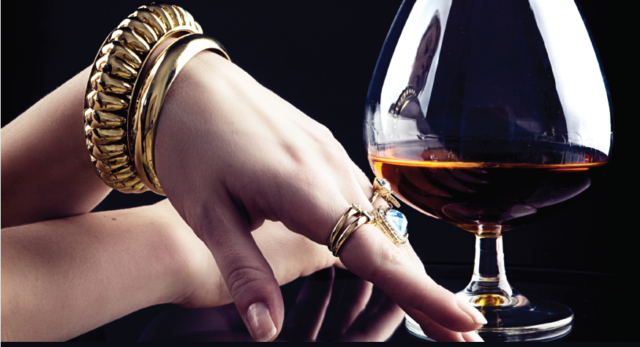 While first growth Bordeaux and the finest cuvees of champagne such as Louis Roederer’s Cristal and Moet’s Dom Perignon have been universally recognised as the acme of their class for many decades, spirits producers have spent billions in recent years encouraging the global consumer to trade up to more exclusive and refined expressions of cognac, scotch, vodka, bourbon and tequila.

“Premiumisation” has been the mantra in the drive to increase margins and hence profitability through higher prices for smoother, longer aged liquids in ever more elegant packaging.

The textbook study is Diageo’s Johnnie Walker, the world’s biggest selling scotch brand, whose six expressions retail in the UK for prices ranging between £20 and £200 a bottle.

The essential difference between them is the quality of the individual blend, the longer minimum ageing given to the more exclusive spirits and, of course, the presentation.

For Johnnie Walker drinkers “Red Label” is the commodity line and “Blue Label” the aspirational luxury product. They can choose across the spectrum according to taste and pocket but whichever blend they select, they remain Johnnie Walker customers.
With the relentless increase in international travel over the past 50 years, the duty free retail travel market has become the frontline battleground. This year, however, coronavirus has imposed a “ceasefire” with lockdowns, borders closed, airlines grounded and cruise ships laid up.

So analysis from Bain, the international consultants may be instructive as the big guns draw up their campaigns for the luxury goods sector (not just premium wines and spirits) when global travel resumes.

International travel has slumped by an estimated 80% and Bain predicts that sales of luxury goods worldwide are set to fall by 23% to €217 billion (£194.06 billion) this year, their largest ever annual drop and the first since 2009.

Despite that huge slump, Bain found that shoppers have been surprisingly supportive of their “local” luxury outlets, New Yorkers buying in New York and Parisians in Paris, for instance.

Spending on luxury goods by Chinese consumers in 2020 will be roughly one-third lower than in 2019, but American and European shoppers are likely to spend only 15% less. LVMH even said recently that sales in both markets had risen in its latest quarter.

Bain suggests that some of what consumers would have otherwise spent in restaurants or abroad went on luxury brands.

But this could just be a brief reversal of the growing trend for most high end sales to take place in Asia.

As vaccine programmes accelerate and travel resumes, labels will revert to more normal competition patterns and Chinese and other Far Eastern sales will resume their prime importance.

Before the pandemic, the Chinese made 70% of their luxury purchases overseas but because Asia was hit by the virus during the first quarter, consumers were unable to shop for the Chinese New Year.

But on the principle of first in, first out of the virus, sales of luxury goods have surged in China since it began to emerge from the pandemic and Bain suggests they will grow by 45% at current exchange rates to €44 billion this year.

But even so, some of that demand is now pent up. Bain predicts that price-conscious Chinese are waiting until they can travel again to make luxury purchases, which are cheaper in Europe.

Significantly for the drive to premiumise, 50% of the luxury goods bought this year have been entry-level products, according to Bain.

That is good news in the longer-term but the resurgence of the pandemic in Europe and the United States since October has led to new restrictions and retail closures while uncertainty linked to the American elections have also weighed on consumer sentiment.

Fourth-quarter sales are expected to drop by 10%, although the decline could be bigger depending on how much the new shutdowns hit the crucial Christmas season.

A further cause of uncertainty is the prospect of rising unemployment as governments attempt to pare back their support programmes.

“We have a two-speed world, with Europe and the U.S. strongly hit by the second wave [of coronavirus] and by social and political uncertainty, while China is relentlessly accelerating day after day,” said Federica Levato, a partner at Bain.

And, concludes Bain, there are three significant trends to which the producers of luxury goods need to adapt in a post coronavirus world.

Second, International travel curbs have prompted people to buy more in their home countries. As far as luxury retailers in Britain are concerned, the removal of VAT reclaims from goods bought by tourists will underline that movement.

Third, 60% of total purchases of luxury goods are made by people under 40, re-emphasising the importance of Asia’s burgeoning population to the sector.