The Liv-ex Fine Wine 100 index rose over 1% in October, with the month’s trading ending up as the second highest month for trade by value in the last 10 years. 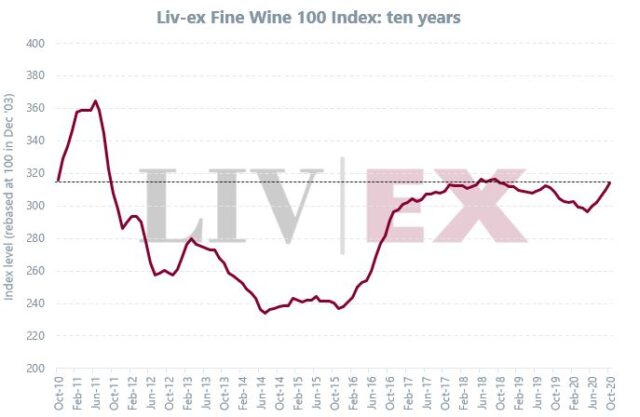 After slumping in the first quarter of the year, the leading index has rebounded strongly since May.

After a subsequent five months of gains the index is now up 4% on the year-to-date and much of this has been due to an increase in broader trading.

For instance, October saw an increased interest in US wines, driving that region’s trade value to its highest month on record, while a rise in automated weekend trading (as covered last week) has caused an uptick in trade for labels from the Rhône, Australia, Italy and Spain.

Incidentally, October also set a new all-time high for weekend trading, while the number of unique (LWIN11) wines traded rose by one on September’s final tally to set yet another new record.

Although Bordeaux’s share of trade stayed under 40% in October, prices of physical claret vintages were one of the reasons the Fine Wine 100 kept on rolling in October.