Restaurants, pubs and bars in areas of the UK in the ‘very high’ alert tier saw their year-on-year sales slide by as much as 60% last Thursday to Saturday. 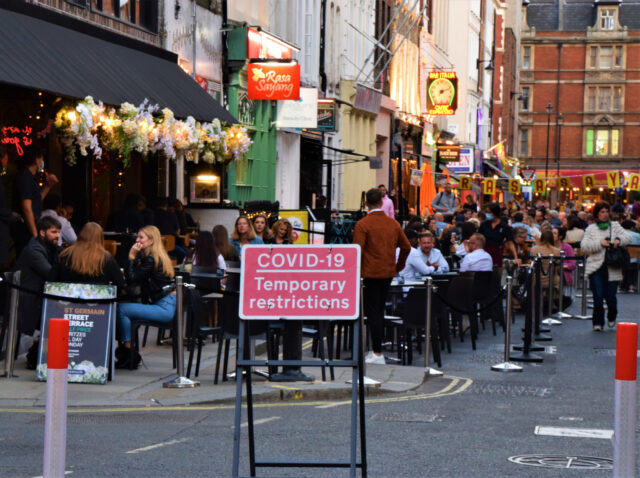 According to recent figures from on-trade specialist CGA based on data from 7,000 venues, year-on-year sales have been halved in middle-tier areas of England, and cut by nearly two thirds in top-tier regions.

Hospitality venues in tier three saw their daily sales drop between 60% and 62% year-on-year from last Thursday to Saturday (15 to 17 October). 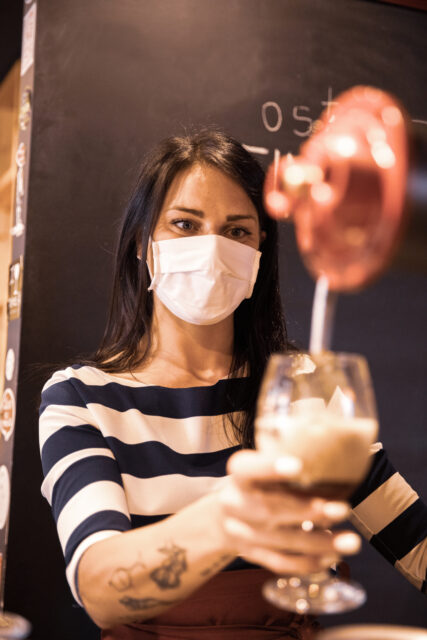 According to CGA, this represents a 26% fall on sales compared to the previous Saturday, driven primarily by drinks sales, which fell 43% on the week before.

In England’s ‘very high’ alert tier, pubs and bars can only remain open if they serve substantial meals, and people can only socialise in the venues with members of their household or support bubble.

Hospitality venues in tier two (the ‘high’ tier) fared little better, with sales down between 46% and 54% from 15-17 October, while those in the medium tier saw decreases between 22% and 28% year-on-year.

“These figures lay bare the instant and seismic impact of the new tiered system on hospitality. The loss of nearly two thirds of daily sales in top-tier areas like Liverpool is catastrophic for local operators, and with Greater Manchester now set to join them, there is a lot more hardship to come,” said CGA group chief executive, Phil Tate.

“It is also alarming to see a sharp drop-off in second-tier areas, where businesses are battling relentless challenges without financial support. Urgent government help is needed if businesses and jobs are to be sustained through this rapid downturn in sales,” Tate added.

CGA’s data reflects a steep drop in drinks sales in top-tier areas, where alcohol can only be served with substantial meals.

Businesses in tier three areas saw drinks sales fall by 73% year-on-year last Saturday, compared to a 59% fall in second-tier regions. Spirits sales were down by as much as 83% in tier three areas, with the category seeing the sharpest sales decline since the new system came into place.