Complete Ichiro ‘Card Series’ to be sold in HK 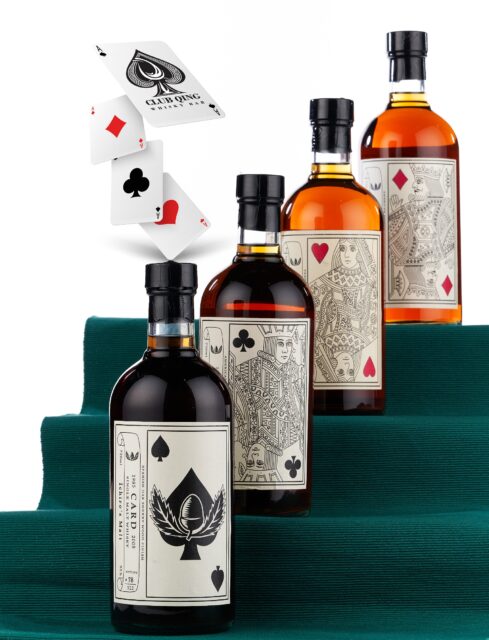 The set will be offered at Bonhams’ next sale on 20 November in Hong Kong, alongside numerous other fine and rare whiskies from the likes of Dalmore and The Macallan.

Complete sets of the Card Series of have already set auction records on two occasions, both of them via Bonhams, the first in 2015 and the second and most recent in 2019 when the complete set went for HK$7.1 million.

Daniel Lam, Bonhams’ director of Wine & Spirits, Asia, commented: “For years, this collection has been the most visible Hanyu Ichiro’s Full Card Series in the world, and its provenance from the esteemed Club Qing whisky bar is unmatched in the market. The collection will be offered in individual lots/ bottles, meaning a perfect opportunity for collectors to acquire specific editions to complete their own Card Series.”

Aaron Chan, founder of Club Qing, commented: “Behind each bottle is a unique story. I am delighted to offer my 54 ‘cards’ in individual bottles, so that more whisky collectors are able to participate, appreciate, and perhaps even form their own collection of the Card Series.”