Sauternes estate Château Climens has collaborated with Salcombe Gin to produce a new cask-aged spirit as part of the distillery’s ‘Voyager Series’. 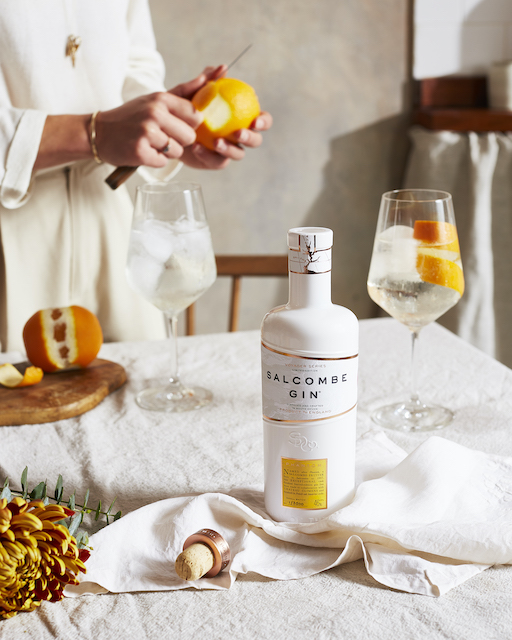 Named ‘Phantom’ after one of the Salcombe fruit schooners built in the Devonshire port in 1867, it is the sixth release in the distillery’s limited edition Voyager Series of gins.

Inspired by the fogs that help create the conditions for noble rot and the local schooners that used to ply the seas with cargoes of fruit, spices and wine, Salcombe Gin’s co-founder, Angus Lusgdin, approached the owner of Château Climens, Bérénice Lurton, with the idea of a collaboration.

Lugsdin, said: “As a long-term admirer of Sauternes wines, it was an enormous privilege to work in collaboration with Bérénice Lurton and Frédéric Nivelle of Château Climens. Often mistakenly overlooked in favour of the more famous Château D’Yquem, the wines from the bio-dynamic estate of Château Climens are fresher and softer, with more finesse and grace.”

Lurton added: “When Angus first visited Climens and explained his idea, we were totally hooked. I was fascinated by Salcombe Distilling Company’s story. We both share a deep respect for the history of winemaking and distilling, and a commitment to exceptional craftsmanship.”

Six casks were chosen at the winery, five that had been used to age the 2016 vintage and one from the 2015 vintage.

They were shipped to Salcombe and filled with the ‘Phantom’ gin and then left for eight months maturation in the distillery’s waterside warehouse.

The gin itself uses a wide range of botanicals, 16 in total. Seven of them were chosen because they are found on the Climens estate; marigold flowers, bay leaf, savory, cypress, fennel, nettles and rose petals. The remaining botanicals; Macedonian juniper, English coriander seed, orange peel, orris root, lavender, orange blossom and apricots were chosen to complement the aromas and flavour profile of Château Climens.

The final gin was then blended with Dartmoor water to bring down its ABV to a bottling strength of 46% and a little acacia honey was also added.

The final product has a tasing note of “honeyed peaches, rose petals, cypress, lavender and orange blossom, with apricots, jasmine and toasted oak on the palate and a “green savoury hint” from the nettles and fennel.

Lurton said: The overall result is quite simply stunning. ‘Phantom’ effortlessly sits alongside our wines reflecting the same care and attention to detail that we put into everything we do.”

Just 3,500 50cl bottles have been produced and the gin is available to buy online through the distillery’s website and Master of Malt.