Royal Tokaji has announced that it will be releasing azsú wines from the 2016 vintage this autumn, only the eighth release of these nobly sweet wines from the winery since 2000. 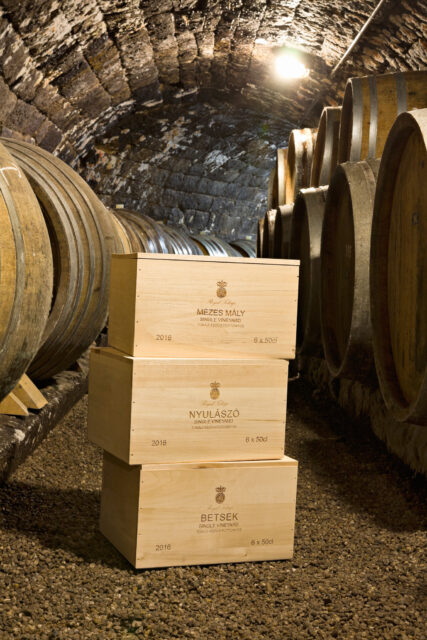 The quality of the 2016 vintage was apparently “so high” that the estate has also been able to produce its full range of single vineyard wines; Mézes Mály, Betsek, Nyulászó and Szt Tamás – with 2008 being the last occasion this happened – as well as the Blue Label 5 Puttonyos and Gold Label 6 Puttonyos.

The quality may have been high but production was, as is often the case, less bountiful and just a single barrel of aszú was obtained from the Szt Tamás vineyard.

The 2016 growing season began with a particularly cold spell in January, with temperatures down below -10º centigrade.

A long, mild spring followed with an “unusually long” flowering period. The dry summer weather proved “perfect” for the development of botrytis, September brought rains which allowed second and even third generations of aszú to develop and kept acidity up.

The harvest began at the end of September and finished in October. The wines were matured for two years in cask – longer than the 18 month minimum requirement – with the final blending and bottling happening in the spring of 2019.

The Betsek, Mézes Málya and Nyulászó wines will be offered in cases of six (500ml) while a limited edition box containing a 500ml bottle of each single vineyard wine and the Blue and Gold Label Puttonyos wines will also be offered.

The wines will be available on allocation from select fine wine merchants and specialists.