Majestic committed to Calais business despite ‘ongoing’ review during quarantine

pecialist retailer Majestic said its Calais business is under an “ongoing review” due to the uncertainty of the current UK-France quarantine and Brexit, although it said it was committed to continuing the important French arm of the business in the longer term. 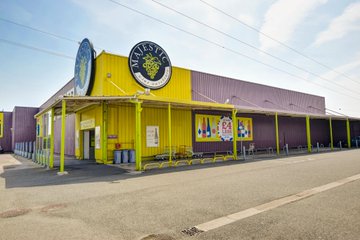 Majestic’s Calais superstore reopened its doors in mid-July after a four month closure, following the easing of restrictions on travel in and out of the UK, and implemented a series of safety measures to protect staff, although its Coquelles site remained closed.

Speaking in July, CEO John Colley said the company was determined to keep its Calais stores open and promised to honour or refund orders made in advance, but in the last few weeks the government has introduced quarantine for travellers from France, once again hitting the retailer’s French operation.

“We’re still open at the moment, but the Calais business is under review what we do over the next couple of weeks,” chief commercial officer Robert Cooke told the drinks business recently.

“It’s not one decisions, it is how many decisions will we have to make. Clearly we monitor government guidelines very carefully.”

When asked if Majestic remained committed to the Calais business, Cooke told the drinks business that “as long as we can trade it and end up with a situation post-Brexit, that makes that business viable then we will absolutely continue it.”.

However, he admitted it was a difficult question to answer “definitively” at the moment.

“There are all sorts of moving parts, but all things being equal, it’s an important part of Majestic’s proposition and if we can we can continue to operate that business then we will do.”

Clarifying today, Cooke said the company could only only operate over the channel if the conditions (ie both COVID and Brexit) allow it to.

“In that sense, the business is constantly under review.”

“We are, however, committed to our two stores in France – as long as there is a viable way they can trade. That’s been the same situation since the beginning of the Brexit process and will continue to be until we know the exact nature of the future trading picture. There are lots of unknowns both with the current situation and going into next year, but as long as we have customers willing to make the trip, we will continue to have the stores there to serve them. In that sense, they’re no different to any other retail outlet.”

The retailer has already confirmed that the unprecedented online demand, which saw sales up 300% in the first few months of lockdown, had helped offset the reduction in business for its on-trade arm Majestic Commercial, which fell by 94%, and the Calais stores. From a topline perspective, the number of bottles the retailer sold and the cash value of those sales was positive and offset the substantial drop off in commercial and “largely zero sales in the French business” Cooked said, – however he pointed out that not all the extra sales “dropped perfectly through the P&L and turned into profit”.