Bombay Sapphire describes Brantley as “one of the preeminent black creatives at the forefront of culture”. His works address complex ideas around nostalgia, power and hope, and have been exhibited at Art Basel Switzerland, Art Basel Miami, Scope NYC and Frieze London. 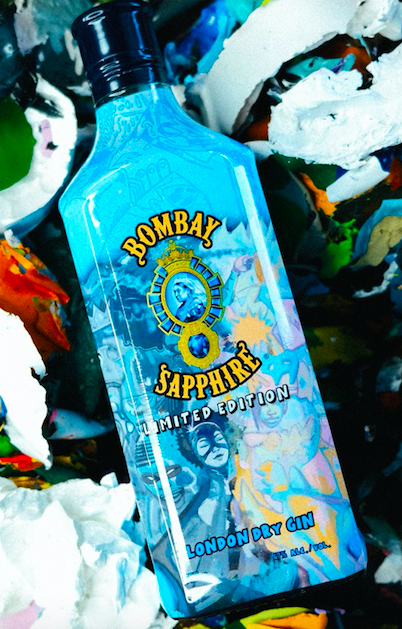 Having collaborated with the likes of Nike and Adidas on design projects, Brantley has quickly amassed a celebrity following, with everyone from Jay Z and Lenny Kravitz to LeBron James collecting his work.

Influenced by Chicago’s Afro Cobra movement in the ‘60s and ‘70s, Brantley uses mural and graffiti as a framework for his own creations. A mixed media artist, he creates his works with everything from oils, acrylics and spray paints to coffee and tea.

The project was undertaken as part of Bombay Sapphire’s Stir Creativity initiative. The limited edition bottle goes on sale across the US today. A portion of the profits will go to Black Lives Matter Chicago.