While much awareness has been given to the downturn of business in local restaurants and bars during Covid-19, Hong Kong wine importers are calling for support from the government. 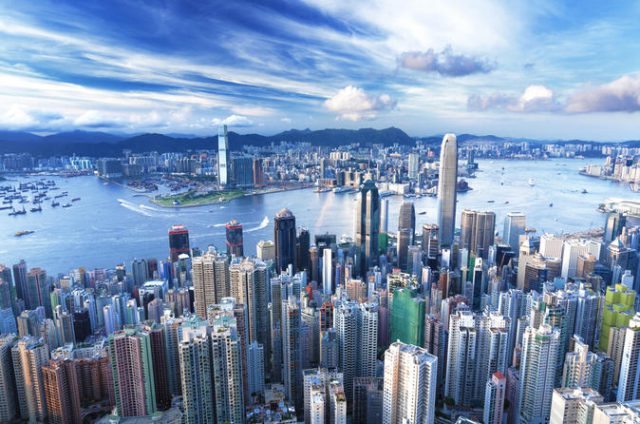 The government’s restrictions on social gathering and the earlier forced closure imposed on bars and pubs have created hurdles for the operation of F&B businesses. Due to the domino effect, the entire drinks industry, including the suppliers of wine and spirits, has been badly shaken up.

Having worked in the wine importing industry in Hong Kong for six years, Loup Thomazo, founder and CEO of Natural – a beverage supplier specialising in organic wines and craft spirits imported from France, USA, Mexico, and the UK – said this is the toughest time his business has experienced.

“In previous weeks, the government had suspended the business of bars and also the capacity limitations on restaurant operations. The on-trade channel is an important sector for us. When our clients are affected, we won’t get better off. Comparing the sales generated by on-trade channels in April 2020 and 2019, we only earned 20% of what we did in 2019,” he said.

“We could still manage during the outbreak of the virus, but Covid-19 hit us severely.

“The government is subsidising restaurants and bars and giving them extra relief measures; unfortunately that doesn’t cover us – the suppliers.

“So far, we are only eligible to apply for the Employment Support Scheme (ESS) like other businesses in Hong Kong. The subsidy is half of the wages for a maximum period of six months, capped at HK$9,000 per employee per month. Yet this is not enough to make up for what the industry is suffering now.”

According to Thomazo, suppliers are in a difficult situation as also face problems when dealing with their on-trade clients.

He added: “As their business is bad, some of them are asking for a longer payment delays from 30 to 60 days. I even got asked to give a 20% discount – which is a lot to us even in the normal period. Our business is highly competitive, and as such cash flow is strategic. Not to mention we still have to pay our providers, salaries, and the rent of our warehouse and office.”

He also sees another potential crisis regarding shipments.

“We experienced a huge problem with logistics due to the lockdown situation happening worldwide. We can’t get some of the products to Hong Kong or the price has risen crazily by four to five times. In usual times, it takes around five months to stock the wines. But due to the current situation, I think the stocks we have now are only good for another two months, after that I’m worried that it would be difficult to replenish if the situation continues,” he said.

Since it will be a long time before on-trade channels can properly recover, Thomazo has focused on boosting private client sales. After the outbreak of the pandemic, his company has also made more offers on social media. However, in order to make it through, the team has undergone a reduction in salary.

“I’m grateful that all of my staff are very understanding. We have no choice but to take on the decision in order to keep everyone in the team,” Thomazo said.

“We will just hang in there and start right again when the market resumes. The pandemic is a global issue, we don’t know how it will evolve as the situation in Europe and the US is still very bad.”

In the meantime, he hopes the Hong Kong government can provide the industry with immediate support on a par with the subsidy received by eatery outlets.

He said: “There are more than 4,000 companies that import wines and spirits to the city. Back then in 2008, the industry blossomed when the government eliminated taxes on wine. However, small companies may not be able to overcome the turbulence this time and they will disappear. In long run, this is harmful to the wine and dine scene in Hong Kong.”