Much touted as a ‘red’ vintage (which it undoubtedly is), the biggest and most pleasant surprise has been the quality of the white Burgundies from 2018. 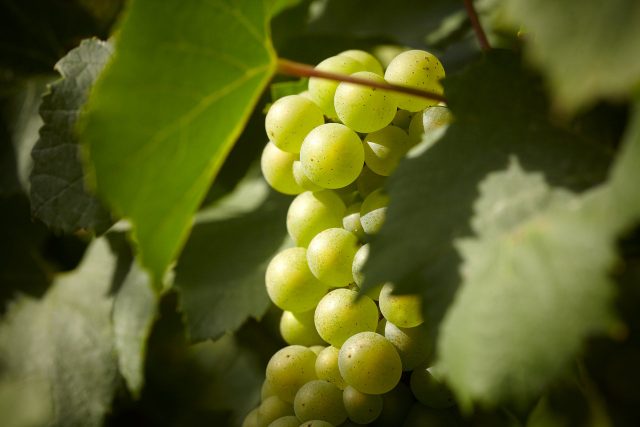 Going into this week’s tastings, there was ever expectation that there were going to be good red wines.

Merchants have consistently mentioned that recent visits to their suppliers last year usually included some sort of pleased or excited reference to the 2018 red wines still in tank or bottle awaiting their moment.

The other big storyline that emerged from the 2018 harvest was the sheer size of the white wine harvest (not reflected in the reds incidentally).

As it was a hot vintage to boot, the paradoxical fears were that the whites would be either too rich as a result of the weather or too dilute because of the size of the crop.

The end result though is more of a happy medium. At Goedhuis David Roberts MW even suggests that the whites were “saved by volume. The danger with a warm summer was that they would be too rich, too intense,” he explained. “But the yields relaxed them.”

‘The whites are a surprise,” said Giles Burke-Gaffney at Justerini & Brooks, “and they’re surprisingly consistent.”

At Flint Wines, director Jason Haynes commented that tastings in November last year began to reveal how much the whites were developing for the better.

‘The whites are a big surprise,” he told the drinks business adding that the yields were high “naturally” which has perhaps helped contribute to their balance – along with more restrained oak regimes as well.

Margaux Laroche from Domaine d’Henri in Chablis, said that even with a hard winter pruning and bud removal the crop had been very big at her estate and she reasoned that after vintages crippled by frost and hail in 2016 and 2017, there were “two frustrated years behind the vines,” which was manifested in the amount of fruit produced.

“I’m not sure it’ll be a massively long-lived vintage,” Haynes went on, “but the massive 1982s [another warm vintage] are still going strong.”

Two more common points that have been raised have been the importance of picking dates and the growing experience among Burgundian winemakers for dealing with fruit from warmer vintages – especially with Chardonnay.

Growers have learnt the importance of getting the Chardonnay gathered in at a good clip in recent years but perhaps that reflex hasn’t quite filtered through to doing the same thing with the Pinot Noir, hence the feeling the reds are at times more inconsistent this vintage. The sheer size of the white harvest came as a surprise to the growers as much as anyone and pressures of time and space may also have counted slightly against certain reds at domaines which produce equal to large amounts of both.

The whites themselves vary somewhat in style. They are certainly fresh, and some have quite pronounced acidity which is often hidden a little behind the forwardness of the fruit. Other characteristics that have been given range from “salty” (according to Haynes) to “mineral bitterness” (BBR’s Adam Bruntlett).

It’s true that they largely lack the acidic “tension” of the 2017s and 2014s, which will go down in the books as true ‘great’ white vintages and purists may dislike certain white wines from this vintage.

In Chablis in particular some village wines come across as less than utterly ‘classic’ with rather more weight and concentration than taut, lean laser-focus. But, as Roberts said, “they may be less appealing for absolute purists but commercially they appeal to a broader cross-section.” And this pleasurable, accessible side to the 2018 wines – red and white – should not be underestimated.

Interestingly, however, the premiers crus Chablis, with older vines and deeper roots, do feel as though they have maintained a much fresher, more ‘Chablis’ profile than some basic versions.

Generally, in a vintage where generalisations are tricky, from top to bottom, Chablis to Macon, grand cru to Bourgogne/Côte d’Or the 2018 whites have often defied initial fears and added an extra dimension to this vintage which should prove a boon for producers, merchants and buyers alike.