Beer giants Brewdog and Heineken double down on Dry January

Brewers Heineken and Brewdog are hoping to turn Dry January into a sales opportunity with a string of deals and promotions on their low ABV and alcohol-free beers. 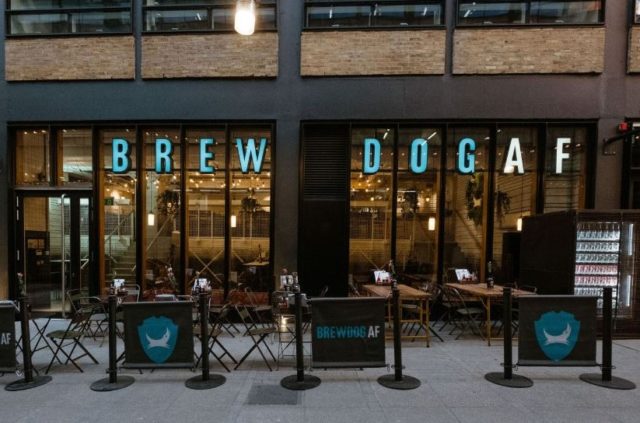 Traditionally, ‘Dry January’ is considered a quieter month for the UK on-trade, with consumers abstaining from alcohol and avoiding the pub altogether.

However, sales of beers with an ABV of 1.2% or lower have soared over the past two years. According to market analyst Mintel, 28% of beer drinkers are now starting to cut back on consumption due to health concerns. Meanwhile, analysis by EeBria Trade shows that sales of low and no-alcohol beers have risen 381% since 2017.

Sales of no and low alcohol drinks in the UK on-trade rose by 48% to around £60 million last year, according to CGA’s latest report.

Now, brewers with the capacity and resources to produce non-alcoholic beers on a grand scale are hoping to turn the start of the year into a more lucrative period for the industry.

Dutch brewer Heineken has rolled out what it calls ‘January Dry Packs’. Similar to an advent calendar, that feature 31 cans of its non-alcoholic Heineken 0.0. The beer picked up a Gold medal in our Beer Masters 2018 competition.

Meanwhile, Brewdog has not only pledged to offer free refills on its alcohol-free beers throughout its global bar chain, but also launched a pop-up dedicated to the AF category.

Opening in London’s Old Street on Monday 6 January, it will be the first of the company’s global bars to feature a line-up solely devoted to drinks without alcohol, offering 15 taps of draft alcohol-free craft beer.

Finally, Brewdog will also run a ‘Drink All You Can Jan’ promotion across its global bar portfolio this month, which offers drinkers unlimited refills of BrewDog alcohol-free beers.