HEINEKEN: THE BREWERY THAT TAUGHT THE WORLD TO DRINK LAGER 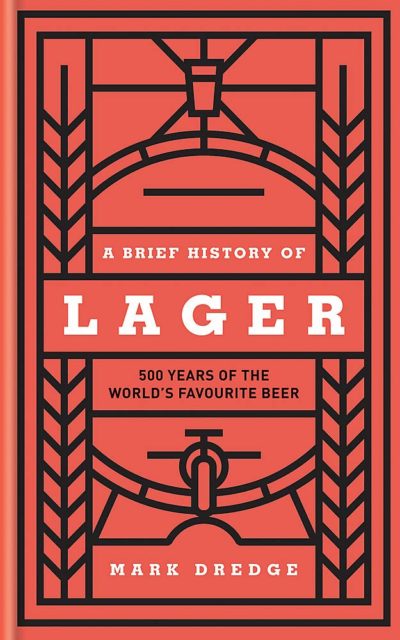 Heineken is the world’s second-largest brewing company. It sells beer in over 190 countries and makes it in over 125 breweries in 70 countries, employing over 80,000 people, and selling 300 local, regional, national or international brands. Heineken, the main brand, is the fifth best-selling beer in the world, available in more countries than any other beer. Without Heineken’s global vision of brewing, selling and exporting lager far away from its Dutch breweries, the beer world might not be quite the way it is.

In 1864 Gerard Adriaan Heineken bought the Den Hoybergh (the Haystack Brewery) in Amsterdam. Heineken didn’t know much about brewing and his brewery was in decline, but he was confident he could do something great. Within a year he had brewed 5,000 barrels of ale. Within two years he’d bought a plot of land on the then-outskirts of Amsterdam to build a bigger brewery powered by steam. Within five years he’d hired a German brewmaster, Wilhelm Feltmann, and made a big decision: that Hollandsch bier, a range of mostly dark, low-alcohol, often sour ales that he and his compatriots were making, was not the future – a decision made after a sobering experience at an international exhibition in Amsterdam where the clear and sparkling newness of the Bavarian lagerbier a neighbouring Dutch brewer was offering presented an unwelcome contrast to Gerard’s flat, cloudy ales.

In February 1870 Heineken released a new lager called Heineken’s Beiersch (that means “Bavarian”, and it was a dark lager similar to Bavarian Sommerbier), a “full-bodied, clear, particularly tasty drink,” it was reported at the time, “that appeared to combine the good qualities of Viennese beer and Belgian beer”. That same year they opened their new brewery on the edge of town, where they continued to produce Dutch ale alongside the new Bavarian beer.

Also in 1870, three wealthy families opened a competing brewery in Amsterdam, naming it after the river that ran alongside: Amstel. Their beer sold well in caf.s and bars and they used the growing railway network to sell it beyond the city. The stories of Amstel and Heineken will come to intertwine.

By 1873, Gerard and brewmaster Feltmann had decided that they would brew lager, and only lager, in their Amsterdam brewery. The following year they established a partnership with the d’Oranjeboom Brewery in Rotterdam and together they built a new brewery.

Heineken were brewing several types of beer by 1880. Gerstebier was a quickly brewed and cheap bottom-fermented dark lager for the local market, and even into the twentieth century it accounted for half of the output from their Rotterdam brewery; Beiersch was the Dutch equivalent of a Bavarian dark lager; Münchener Bier was dark Munich lager sold domestically, whereas they had a Vienna beer for export (a sign, perhaps, of the renown of Vienna overseas), and a Pilsener Bier.

With the latter, it’s a possibility that Heineken are responsible for this spelling of the style as the brewery say that brewmaster Feltmann didn’t want the name to be confused with Pilsen beer, so he spelt it Pilsener. Whether true or not, from around the late 1870s we see Pilsner, Pilsen and Pilsener as spellings for the palest style of lager, with the word Pils coming later (Heineken’s Pilsener would become their flagship beer and from the 1950s it’s been the beer we simply know as “Heineken”).

Heineken were one of the early adopters of ice-making machinery and artificial refrigeration, and in 1886, following some bad fermentations, they opened a laboratory in the Rotterdam brewery with a Dr Hartog Elion in charge. That year, Elion, utilizing Hansen’s pure culture method, was able to isolate two yeasts, which they called A-yeast and D-yeast. Heineken were one of the first breweries after Carlsberg to isolate their own pure yeast, and the A-yeast is what they still use today.

Gerard died suddenly in 1893, at the age of fifty-one. By then Heineken were brewing some 200,000hl a year when the average Dutch brewery made 3,000hl. The brewery continued to grow under the stewardship of his wife and later, in 1914, Gerard’s only son, Henry. It would be the inter-war years, through a series of partnerships and takeovers, that would come to define Heineken for the rest of the century and, ultimately, its place in the beer world.

Between 1919 and 1934 Heineken took over six Dutch breweries, mostly to use as depots; they bought Brasserie Léopold in Brussels (after failing to buy the Artois brewery); and they invested in Interbra, a company with large holdings in ten international breweries, which gave Heineken access to facilities in what’s now Kinshasa (capital of the Democratic Republic of the Congo), Indonesia and Belgium. They also developed partnerships in the Far East, West Indies, England, West Africa and the United States.

Pieter Feith was Export Manager at this time, and was largely responsible for Heineken’s global outlook. One of his early deals was with two Scotsmen in Singapore, John Fraser and David Chalmers Neave, who had started out as Bible salesmen and then moved into lemonade. Feith wondered if they’d like to expand into beer, and in 1932 their joint company, the Malayan Breweries Limited, started to produce Tiger Beer, which would go on to become south-east Asia’s best-selling lager. Around this time they took over a brewery in Surabaya, Indonesia, where they started to brew a brand called Bintang. Today that beer is so dominant in its market that Bintang is effectively the Indonesian word for beer.

No other brewery was doing anything like this at that time. In the past breweries grew by exporting beer, but now advances in brewing equipment and technology meant it was possible to make lager fast and on a large scale anywhere in the world, which in turn made beer affordable for more people.

Heineken introduced brewing into countries that had previously had no locally brewed beer, and the beer they made wherever they went was a light and refreshing pale lager, where they took a systematic approach by first creating or investing in a local brand to establish or grow a domestic market, and then later introducing Heineken as a new, premium lager, to be seen as a better beer choice over the weaker or simpler domestic brews.

After growing in the East, Heineken then looked West, to a market that hadn’t drunk a (lawful) beer in a long time, and in March 1933 Feith, along with some beer as cargo, boarded the Statendam passenger ship from Amsterdam, arriving in Hoboken three days after America’s Prohibition had been was lifted.

Heineken became the first legally imported beer into the US in thirteen years (incidentally, it was on the Statendam that Feith met Leo van Munching, who would become the sole distributor of Heineken beer in the US).

Then the foreign partnerships increased in the mid-1930s as the Dutch beer market crashed and drinking declined. A post-war boom of expansion combined with anti-German sentiment (meaning the big German exporting breweries like Beck’s and Löwenbräu were no longer sending their beer overseas) and saw Heineken quickly become the world’s largest beer exporter.

That growth actually began during the war, when in 1941 the Archipelago Brewing Company, founded by Beck’s Brewery in what’s now Jakarta, and with another brewery in Singapore (brewing Anker/Anchor and Diamant/Diamond respectively), was seized by the Brits as “enemy territory”. Heineken’s jointowned

Malayan Breweries took the breweries over and used them to supply beer to Allied troops around Asia. After the war they used the company to brew beer for the recovering local markets, at a time when beer was becoming more and more accessible to growing numbers of people, giving the world a taste for fresh, cold lager.

In the late 1940s Africa became a focus. The United Africa Company, an arm of Unilever, basically traded in everything it could. Heineken approached it about a partnership to build a brewery in Nigeria, and in 1949 Star lager was released. Within five years it was the most drunk lager in the region.51 In the early 1950s almost half Heineken’s export profits were coming from Africa, mostly from Nigeria and Ghana, and, having created the market for lager in Africa, they went on to build several other breweries later in the decade, and even more in the 1960s and onwards.

By this time, Henry’s son Alfred “Freddy” Heineken had joined the board. At first Freddy’s unscholarly ways and extravagant lifestyle meant he wasn’t seen as chairman material, so in 1946 he was sent to the US to work with Leo van Munching (in other words he was sent far away while the board figured out what to do with the heir to the brewery), and while he was there Freddy would see the future of beer.

Taken from A Brief History of Lager by Mark Dredge. Published by Kyle Books, £14.99

A Brief History of Lager has been shortlisted for the André Simon Food & Drink Awards 2019.

Founded in 1978, the André Simon Food & Drink Book Awards are the only awards in the UK to exclusively recognise the achievements of food and drink writers and are the longest continuous running awards of their kind. The first two awards were given to Elizabeth David and Rosemary Hume for their outstanding contribution in the fields of food and cooking. Other winners include Michel Roux, Hugh Fearnley-Whittingstall, Nigel Slater, Rick Stein, Hugh Johnson and Oz Clarke. andresimon.co.uk/