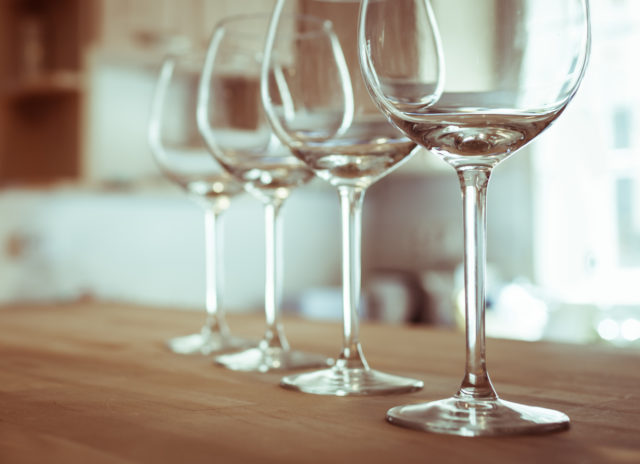 While European winegrowers are still worrying about the real possibility of 100% tariffs on wines shipped to the U.S., American winegrowers have their own domestic concerns about over-production paired with under-consumption.

This oversupply, coupled with eroding consumer demand, can only lead to discounting of finished wine, bulk wine and grapes. U.S. wine consumers will discover unprecedented retail value in 2020 and should buy up.”

Perhaps most surprising, McMillan predicts taking vineyards out of production will have to occur before over-supply is diminished, something that really hasn’t occurred in the U.S. since Prohibition.
In other areas, “Total off-premise sales from wholesale depletion data and other information sources show that wine sales in restaurants are now showing negative volume growth,” the report says.

“Most information sources show off-premise and total wine volume turned negative in 2018, while total value sales are still showing slightly positive growth.” In other words, the market is still being driven by those drinking “better” rather than those drinking more.

McMillan says that while most smaller family-run wineries will be reporting annual sales growth of 3% to 7%, he thinks that increase will nevertheless represent a slowing down of growth that will bode ill for the future. Significantly, he ties this slowdown to what has been the growth engine for many of American wineries – direct-to-consumer sales through cellar door sales and wine clubs – citing “a lag in innovating alternate DTC strategies.”

Among the broader threats to the American wine business, McMillan singles out attacks on wine drinking as unhealthy, the growth of substitute beverage segments and increased import sales. To the latter point, while the report does not address whether potential 100% tariffs for most European wines will result in a significant uptick in American consumption of domestic wines, McMillan responded to an inquiry from the drinks business, saying “the pain experienced in Europe from tariffs, won’t be counted as gain for the US wine business, and, in fact, could turn out to be bad for both continents.”

“Today, there are winners and losers in the wine trade,” McMillan says. “The winners are those with solid management teams who are willing to evolve their sales and marketing strategies, execute quickly on a plan, then evaluate success or failure to continuously improve.”