Port producer Graham’s, owned by the Symington family, has released an extremely rare Single Harvest Port from 1940, the first grapes of which were picked during the Battle of Britain. 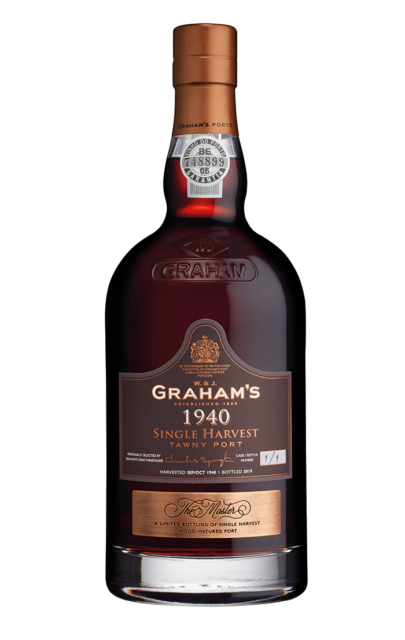 The estate’s current master blender, Charles Symington, selected two casks of 1940 tawny Port that he deemed merited bottling for this special release, which pays tribute to three generations of master blenders who have tended to the wine over eight decades.

“It’s not often we have the privilege of releasing a wine that is eight decades old and bears such unique historic significance.

“The 1940 Single Harvest is remarkably refined and balanced, offering a reflection not only of the quality of the original wine, but the skilled care and attention it received from our forebears,” Symington said.

Graham’s was among only a few Port makers who continued production during the Second World War. The 1940 harvest was smaller than usual, but, according to the house, was a year of “exceptionally high quality grapes”.

The diminutive size of the 1940 crop was due to an unsettled spring in the Douro Valley, which thinned the yield. The summer was exceptionally dry and the reduced number of grape bunches placed fewer demands on the low water reserves in the soil.

To mark the historic release, the Symington family went back through its harvest reports in its archive and released an entry written by Ron Symington in October 1940, which reads: “The weather has been fine throughout. The grapes have been free of disease and the musts are looking very nice.”

According to Symington, the 1940 tawny boasts “complex aromas of caramel, praline chocolate, demerara and roast coffee”, underpinned by “a remarkable freshness which belies its age, with an intense creamy palette and a long aftertaste”.