Chamlija, based in Turkish Trace, has released what is believed to be the country’s first wine which retails for £100 a bottle – a single vineyard Cabernet Sauvignon from 2016 called Django. 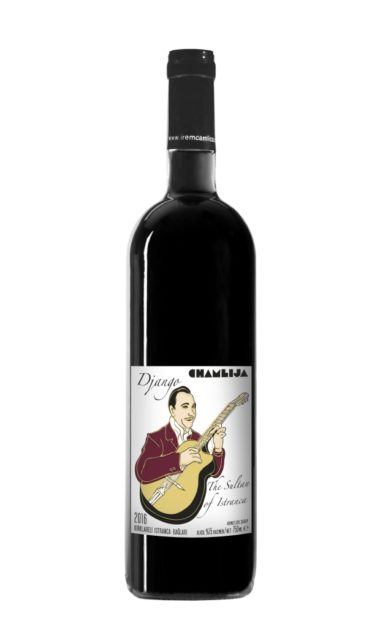 Chamlija is based in the foothills of the Strandja mountains, 50km away from the Turkey-Bulgarian border and roughly the same distance away from the Black Sea.

Unveiled this month, the wine is made with 100% Cabernet Sauvignon, and from grapes that were hand-picked and harvested on 26 September 2016.

The wine was then wild fermented in steel tanks before being aged in 400-litre new French oak barrels for 24 months. It was then left unfiltered and unfined.

Founder of Chamlija, Mustafa Camlica, explained: “The reason we dedicate wine to this extraordinary musician is because he lost two fingers of his left hand in a caravan fire at the age of 18, and his misfortune caused him to develop it further, rather than destroy his great talent on guitar.

“Django was a very unfortunate person in that sense. During the peak period of fascism, he made his music as a Roma musician under Nazi occupation. Instead of asking what I would get from this world, he strived to offer humanity the products of God’s enormous musical talent, which he had been gifted to, under any circumstances in his lifetime.

“Our Django wine is similarly part of our effort sought to present you with the enormous potential of the “Strandja teruar”, which is God’s gift to us.”

The wine will be available to purchase in the UK through independent Warwick-based Turkish wine merchant The Wine House.

According to Camlica, Isa Bal MS of new Bermondsey-based restaurant Trivet is planning to serve Django 2016 in 2020 accompanied by Reinhardt’s songs.