At the height of the Second World War a group of German army officers attempted to kill Adolf Hitler with a bomb hidden inside a box of Cointreau. 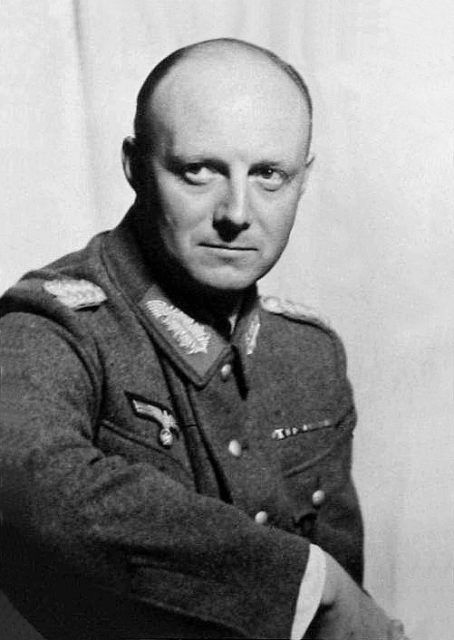 The Nazi dictator was the target of several assassination attempts during his rule, many of them by disgruntled, disillusioned or simply anti-Nazi army officers.

During the invasion of the Soviet Union in 1941, Tresckow was chief of operations for Army Group Centre (AGC) and began gathering a number of like-minded officers around him, usually (like Tresckow) aristocratic and those who’d served in the old Imperial German army in the First World War.

Their various schemes to kill Hitler were known as ‘Operation Spark’, with the dictator’s death being the ‘spark’ that would instigate a planned regime change.

By 1943, the group felt their preparations were well enough in place to put their plan into action and their opportunity was a visit to the Eastern Front Hitler made in March 1943.

The initial idea to simply shoot Hitler was quashed by General von Kluge who feared that as Heinrich Himmler was not there at the same time and could not be assassinated simultaneously, it could lead to Himmler taking charge and the coup failing.

If Hitler’s plane were to go down on the return journey, however, it could be claimed that he had been bounced by a roving Russian fighter.

Tenuous as this might be given the Luftwaffe’s aerial dominance on the Eastern Front at the time, it would not give the Nazi hierarchy any obvious and immediate warning that a coup was imminent.

Tresckow quickly came up with a plan B and at lunch asked lieutenant-colonel Heinz Brandt, who was travelling with the Führer, if he might take back with him a carton of Cointreau for Tresckow’s friend (and anti-Nazi) Colonel Helmuth Stieff who worked at Hitler’s headquarters in East Prussia.

The Cointreau, Tresckow said, was payment for a bet he’d lost to Stieff.

Brandt agreed and Tresckow’s aide and co-conspirator Fabian von Schlabrendorff delivered the box of Cointreau to the airfield before the plan took off on 21 March.

Only, the box did not contain two bottles of triple sec but a large amount of plastic explosive and a captured British pencil detonator.

The box was placed in the cargo hold and the plane, carrying Hitler and the bomb, took off – and landed safely.

Although the British detonator was usually reliable, the cold temperature in the un-insulated hold made the percussion cap fail and so the bomb did not explode.

If it had there is no chance Hitler could have survived.

The group came up with other plans to assassinate Hitler. Colonel Rudolph von Gersdorff, who supplied the captured British explosive and detonators, even volunteered to be a suicide bomber but each time an accident or simple bad luck frustrated their attempts.

Tresckow was one of the principal planners in the most famous assassination attempt in July 1944 when Claus von Stauffenberg smuggled a briefcase bomb into the Wolfs Lair which came within another inch of killing Hitler.

When that plan also failed Tresckow committed suicide. Of his co-conspirators, one was killed in action in Russia and a few others were executed for their part in the July plot.

Von Schlabrendorff was arrested for his part in the July plot but despite being tortured by the Gestapo and then ferried between Sachenhausen, Flossenbürg, Dachau and Innsburck concentration camps in the first months of 1945 he survived the war and became a judge in post-war West Germany.

Von Gersdorff also survived the war as did several other members of the Black Band.