Sommeliers and bartenders should be able to recommend non-alcoholic beverages to pair with food just as they can with wine, beer or spirits, according to the next generation of drinks entrepreneurs. 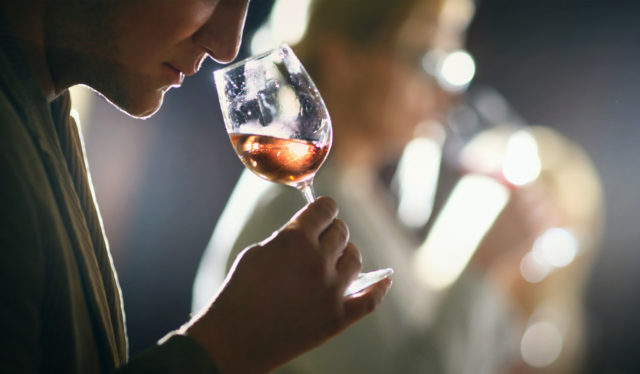 Speaking at a conference dedicated to the burgeoning low and no ABV sector in London on Tuesday (15 October), Claire Warner, the founder of non-alcoholic drinks brand Æcorn Aperitifs, said trade bodies such as the Wine and Spirit Education Trust (WSET) should revise their course curriculums to include information on alternatives to wine and spirits.

“I wouldn’t quite say we’re lobbying them,” she said, “but we are encouraging the WSET to include a section on non-alc.”

Figures from the IWSR released in March showed that still wine sales have fallen by three million nine-litre cases within the last year. Meanwhile, sales of low ABV alternatives to wine, beer, and spirits have grown rapidly in recent years, although still make up less than 5% of the alcoholic drinks market.

Warner said that bar and restaurant owners are responding too slowly to the societal shift in drinking habits, and should include more options for abstainers “than two fruit juices, that they can mix together for you if you like.”

“We should expect more from those types of establishments,” she said.

Since Seedlip launched in 2015, it now dominates drinks cards in London bars and restaurants that have created more booze-free and lower ABV cocktails. Today it is served in over 6,000 cocktail bars, hotels, restaurants and retailers in 25 countries, and last month became the official partner of the Michelin Guide in the US.

Now the company is coming for the wine list, too. Claire Warner, a veteran of luxury goods group LVMH, joined Seedlip last year to help develop a sister brand of non-alcoholic drinks designed to be paired with food. Æcorn Aperitifs launched in May 2019, and recently announced a partnership with the Michelin Guide in the UK, which has given the brand much more exposure to the UK’s top restaurateurs and somms.

Warner said, for those looking to cut down on alcohol without standing out from their friends, there is a question around “what to drink with food when we’re not drinking.”

“Soft drinks are too sweet to be sessionable, and soda water can be a bit dull,” she said, adding that non-alcoholic wines still aren’t a suitable substitute because “they have to stand up to the complexity of food.”

Æcorn aperitifs comes in three flavours, Dry, Aromatic, and Bitter. They are also made with verjus – a highly acidic juice made with unripe grapes – sourced from vineyards in Sussex, but Warner said part of the brand’s success comes from its differentiation from non-alcoholic wines.

“If you come to something that’s non-alc expecting to have the same experience, you will be disappointed because you’re removing what makes wine, wine.”

Also speaking at the summit, Rob Fink, the founder of low alcohol brewery Big Drop Brewing Co., said that despite securing listings with national retailers in the UK and his beers picking up medals in international competitions, it has been “incredibly difficult to get the on-trade to listen” and list booze-free alternatives at their venues.

“There are so many barriers to the on-trade but we’re starting to get there.”

Laura Willoughby, the founder of mindful drinking initiative Club Soda, who hosted the summit on Tuesday, said that bars and restaurants “had been more receptive” to further education on low ABV beers, but there was still “a way to go” when it comes to alternatives to wine or spirits.

Fink said providing hard evidence that low ABV drinks will sell is the only way to secure listings with the on-trade.