The value of Australian wine exports has risen to AU$2.89 billion, up 7% from last year, with the average price of bottled wine reaching a record high of $6.79 per litre. 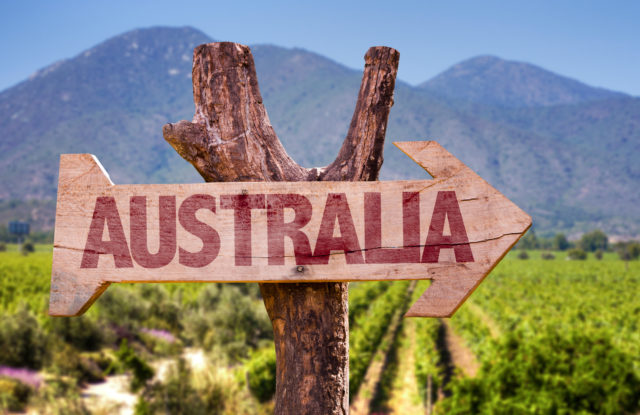 Exports of Australian wine rose in the 12 months to September 2019, according to data published by industry body Wine Australia.

The same period also saw the average price of bottled wine exports reach a high of $6.79 per litre, while there was continued export growth to China as well as to the Netherlands, UAE, Denmark, South Korea and Belgium.

In the same period, export volumes fell by 8% to 774 million litres.

CEO of Wine Australia, Andreas Clark, commented: “The positive numbers also reflect that the average value of bottled wine to all but three of our top 20 destinations are in growth and nearly all the major global regions imported more Australian wine in the past year, with the exception of Europe, which declined by 3%.”

The top six export destinations by volume (the UK, China, the US, Canada, Germany and New Zealand) all posted declines. Wine Australia attributes reduced volume exports to the fact that the last two vintages (2018 and 2019) were smaller than the record breaking 2017, which saw total production rise to 1.374 billion litres.

The industry body also noted that premiumisation trends in established wine markets was leading to a fall in volume but a rise in average values. It also mentioned that the supply pressures have eased with the larger global vintage in 2018, with volumes soaring to around 282 million hectolitres, leading to “increasing competition in the market”.

Clark added: “Global Trade Atlas figures for the year ended August 2019 showed that overall wine imports [to China] declined by 11 per cent in value, with French wine being the biggest contributor to the decline. Australia’s long-term growth trend, coupled with France’s sudden decline, has led to Australia becoming the number one source for wine by value in China’s imported market for the first time.”

Wine Australia also carried out its largest promotional activity ever conducted in the US market during September and October. The so-called Far From Ordinary campaign featured over 100 exhibitors, a three nights of consumer events, a six city roadshow of trade tastings and a marketing campaign targeting the perception of the Australian wine industry.

Clark said the industry was pleased by the positive publicity generated by the campaign, which was partly funded by the Australian government.

Scroll down or click through for a run down of the key facts relating to the exports of Australian wine.

Exports by price point above $10/litre

All figures supplied by Wine Australia and in Australian dollars.